Syrian perfume-makers have continued their longstanding tradition of crafting fragrances in Egypt. 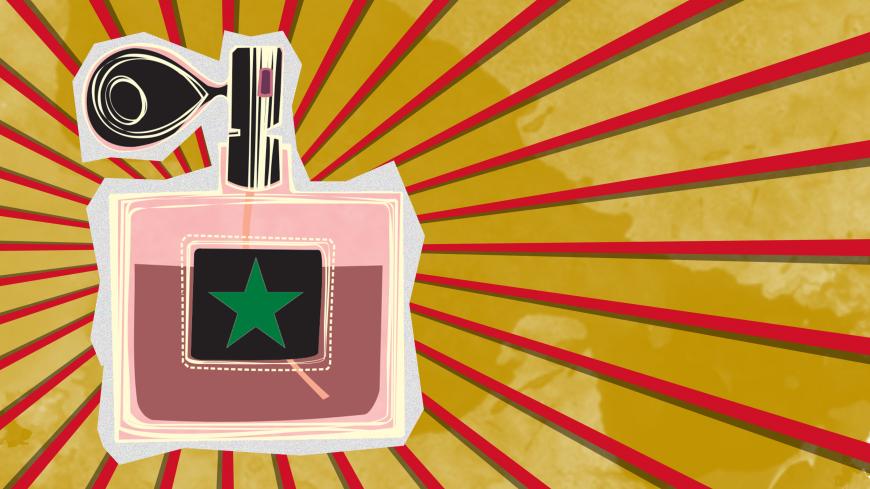 Fleeing the war, Syrian perfume makers were among the refugees to settle in Egypt. By 2015, they had established dozens of small shops in the streets of Cairo and Alexandria, bringing the scent of their homeland to the Egyptians.

Ever since the 12th century, Damascus, along with Baghdad, has been an important center for perfumes. Until the war, Syria was an important exporter of fragrance oils used for making perfumes and known as the home of the Rosa damascena. The perfumes of Syria, with their undertones of rose, patchouli, jasmine or bay leaves, became internationally known as the Damascene perfumes.

One of the success stories is Maa al-Thahab Fragrances, founded in 2006 and with 34 shops in Syria by the beginning of 2011. In 2011, the owners moved to Egypt and opened its first branch in Cairo. Obeida Habib, the manager responsible for all the shops, said that the company presently has 78 shops in Egypt.

Regarding the popularity of Damascene perfumes and shops in Egypt, Habib said, “One of the main elements of success is that our products are not common in the Egyptian market. We have our own products, which are original scents that please the customers and sell for much less” than local and international products.

The price of perfumes in Syrian stores range from 200 Egyptian pounds ($11.30) to 400 pounds ($22.60), depending on the type of perfume and its bottle size. Prices also vary depending on the type of bottle chosen, with nontraditional bottles that have engravings being more expensive. Similar pre-filled perfumes in shops that sell cosmetics are sold at prices that often reach 2,000 pounds ($113).

Habib said that the customers had been receptive to the scents they offer, adding, “The results are beyond our expectations.”

Nour Chabah, a young man working at a perfume shop in Cairo, told Al-Monitor about the novelty of perfume-testing strips. He said, “In Syria this is tradition, but in Egypt it is not common. Paper strips are specific for perfumes as they maintain the scent for a long time and they include the name of the company. They are distributed to passersby in front of the shops so that if they like the fragrance, they return. At first people were surprised and they would not accept them from us, thinking that we were begging or that we would make them buy something. But with time, the perfume-testing strips have become more popular.”

Mohammad Osta, the investment manager at the Al-Masmoum Group, which owns some of the Maa al-Thahab franchises, told Al-Monitor that he had dreamed of opening hundreds of branches in Arab countries, especially in Egypt.

He said, “After the war started we decided to take our culture with us and we succeeded in bringing it to Cairo, which welcomed us with open arms. We have 50 branches in Arab countries, including 32 in the various Egyptian governorates such as Cairo, Alexandria, Sharm el-Sheikh, Hurghada, al-Mansoura, Zagazig and four branches in Lebanon. We also opened a new branch in Turkey a month ago, and it is the start of our expansion into European countries.”

Osta said Syrians are successful in perfumery in Egypt for multiple reasons. While pre-filled international perfumes are expensive, Syrians fill comparable scents in flasks in their shops at lower prices. He noted, “I no longer think of perfume-making as a profession but as an art.”

Damascus is called “the city of jasmine,” said Osta, adding that this was one of the reasons he chose to work with perfumes. “Perfumes hold a special place among our people, who would wake up in the morning to the smell of flowers around the house. Syria before the war was famous for its jasmine flowers as well as the Damask rose,“ he added.

Bayan Yazan, a Syrian woman who has been selling perfumes with her husband since they settled in Egypt four years ago, told Al-Monitor, “I use a special method that makes the perfumes long-lasting. Their smell stays on the skin for 24 hours.”

She went on, “Despite the suffering and tough economic conditions due to the war that has been raging for more than five years, some perfume factories in Syria are still operating. We produce the best oriental fragrances in the world. My husband and I have been importing them from Damascus from our family who still live there.