A protest by Iranian women against rules mandating hijab have divided citizens. 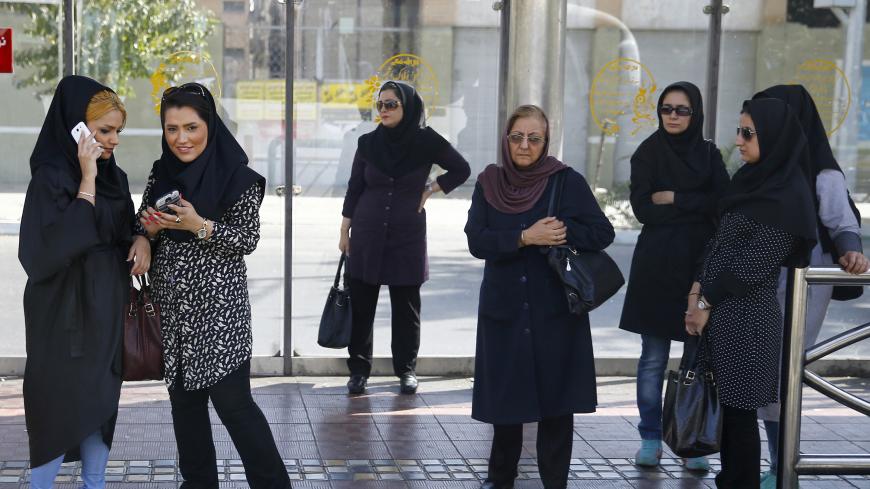 On Jan. 30, a group of women in Tehran protested the country's compulsory hijab rules by taking off their scarves in public and holding them up on sticks.

The protest led to a series of reactions from both officials and analysts.

Abbas Abdi, a Reformist analyst, said Jan. 29: “The events of the past few days … have made [the start of] a discussion on hijab necessary. It wasn’t possible to discuss and speak about this issue for a long time, and it had become a taboo.”

“We should judge [this issue] fairly. While a large number of [high-ranking] clerics know the interest rates that banks have set as usury, and this has been continuing for 40 years for any reason, why should we insist on issues that haven’t been addressed in the Quran explicitly, and no disapproval of [not wearing a hijab is in the Quran]. [We can’t] enforce a part of [Islam] and not enforce another part of it. This is a defeated experience, and it is better not to do that again,” wrote Abdi in the Reformist Etemaad newspaper.

It should be noted that based on Islamic Sharia, usury is forbidden.

Moreover, Ali Motahari, an outspoken and moderate member of parliament, told a group of reporters in parliament that the hijab issue is not the priority of the country.

Motahari said Jan. 31, “There is no compulsory hijab for women in society, and many women appear [in the streets] while being almost without any veiling, how is this compulsory?” He added, “That [a group of] four girls have put their scarves on a stick is not an important matter. The current problem of the country is not [compulsory] hijab, and women don’t observe hijab more or less, and we don’t believe in [enforcing hijab on women] strictly.”

Iran's Prosecutor General Mohammad Javad Montazeri told a group of reporters Jan. 31, “I consider this a very minor issue, because most women [in Iran] are either dressed in a veil or observe the Islamic dress code. If [some of them] do not observe the hijab appropriately, they are definitely chaste and virtuous, and they will not do anything that is in the interest of the enemy.”

Montazeri added, “The removal of the scarf on the street is a very childish move. While suddenly a young girl takes off her scarf on the street, where people live their natural life and walk their way, and shows herself, some [people] have the mission of recording [this scene] and releasing it immediately in cyberspace.”

Montazeri continued, “This is our expectation: Esteemed women, especially the ladies, should pay attention to the fact that if they believe in Islam, they should know that the sacred Islamic law explicitly has recognized the hijab for Muslim woman as necessary based on the holy Quran, and if they do not believe in Islam or they are not Muslim or have a weak belief in the principles of Islam, [and are among] those who claim that they are committed to the principles and rules of civil society, [then they should] realize that when a law is passed and hijab has been compulsory for women in the Islamic Republic of Iran, they are required to obey it.”