With Islamic State gone, barbers are busy in Mosul

Mosul barbers, whose profession was outlawed during the Islamic State's rule, are becoming popular again in the newly freed city. 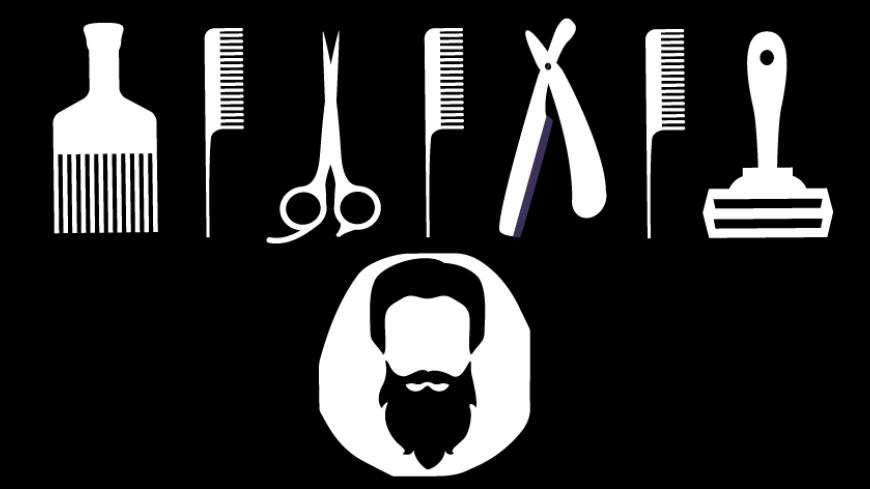 MOSUL, Iraq — The Islamic State (IS) issued many decrees when it took over Mosul in 2014, including one that banned barbers. As one might imagine, with the recent liberation of the city many men of Mosul — with their three years' worth of hair growth — are heading out for a shave and a haircut.

Barbershops are sprouting once again — albeit carefully because of the possible threat of remaining IS cells. Returning to a somewhat normal life in Mosul, which was liberated July 10 from the clutches of IS, is a difficult process. Thousands of displaced people are returning to their homes amid large-scale devastation and the stifling fear and culture of prohibition that IS left behind.

Today, the young people of Mosul seek to rid themselves of long beards, get proper haircuts and shake the weight of IS off their shoulders.

Barbershops are not yet in full swing due to economic and security reasons, according to Safaa Mohammed, a barber from the eastern part of Mosul. IS severely punished men who did not commit to growing their beards, or who drank alcohol, smoked cigarettes or went out with women who were not accompanied by an escort. The punishment ranged from prison to flogging and fines.

In one of the organization’s punishment campaigns, 40 clean-shaven men were led off to IS prisons in September 2016.

Mohammed, who recently resumed work, told Al-Monitor IS destroyed his shop and it was very expensive to restore. He added that the turnout of customers is still low in some areas, especially on the west side of town, which was only freed very recently.

“Despite the liberation of the city of Mosul, extremist elements are still present in dormant cells. The security situation is not well-established yet, and we still receive anonymous threats either via text messages or written letters left on our doors over the way we dress and how we cut our hair. We sometimes find threats in red writing on the walls of our shops,” Mohammed said.

In addition to the volatile security situation, Mohammed said the dire economic situation has prevented many men from visiting barbershops. Instead, they cut their hair at home.

However, Mohammed refuses to close down his shop. He believes if people succumb to threats, the situation will remain the same. “Sooner or later, life will go back to normal. We just have to hang in there for a while,” he said.

Ahmad Rasem is also a barber, but he visits his clients at their homes to offer his services for a pittance. He is noticing a reversal of men's concern about their appearance.

“Many clients prefer to fully shave their beard and cut their hair short so they do not raise any suspicions because of their looks, as people [otherwise] might think they are affiliated with IS,” Rasem told Al-Monitor.

Commenting on threats to barbers, Rasem said, “Not every barber receives death threats, except those who live in neighborhoods where security forces are not heavily present. I learned that the Iraqi army intelligence tracked down phone numbers to the owners who were sending threatening texts and arrested many of them.”

He added, “However, many people, regardless of their profession … are being threatened by extremists. But the people of Mosul will forge their way into normal life despite everything."

IS brought with it many other fatwas to Syria and Iraq in 2014. One forbade girls from wearing jeans or sweaters, requiring instead the Islamic abaya and burqa. The group also forbade women to wear makeup, or smoke cigarettes or hookahs. Women had to close up their sewing shops and hair salons if men were present.

Anyone using the term “Daesh,” which the group considers an insult, instead of the name Islamic State received 70 lashes or worse.

The same conditions existed in Baghdad before 2008 when al-Qaeda operated in secret, sending anonymous threats to stores that sold liquor or cigarettes, as well as barbershops.

Therefore, citizens believe it is imperative for security forces in the city to track down any remaining IS cells and lone attackers who are expected to do as much damage as possible to show strength after their defeat.