Jordanian artists hope that Design Week, which was held in venues in Amman that have been long neglected, will revive the empty spaces that the capital needs. 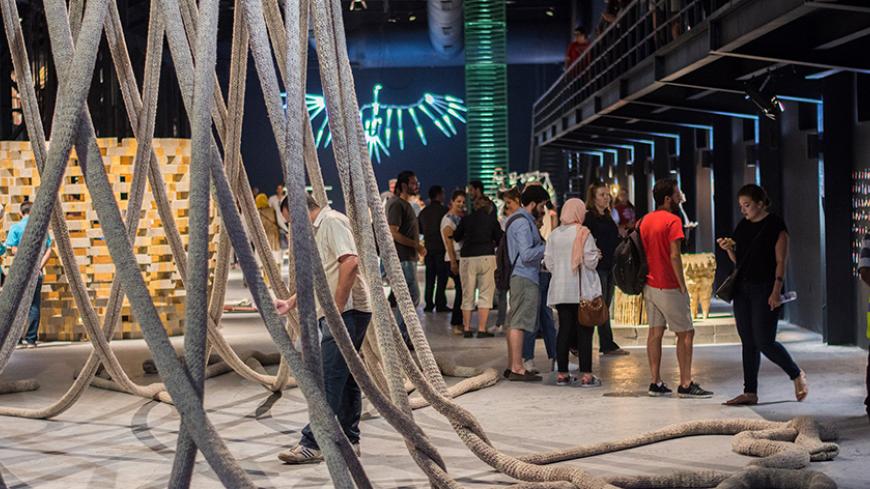 One of the spaces taken over for Amman Design week, the Ras al-Ain Hanger, Amman, Jordan, Sept. 1, 2016. - Facebook/@Saifalaliphotography 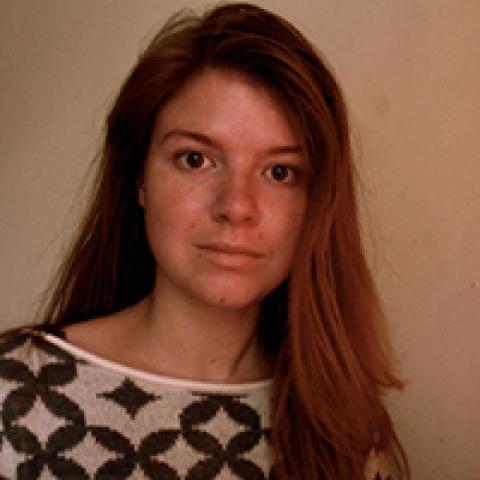 When Rana Beiruti first visited the Raghadan Tourist Terminal in downtown Amman, she was intrigued by its story. A huge shopping center and transport hub, established in 2006 with spacious walkways and courtyards and a stone's throw from the city's ancient Roman amphitheater, it seemed the kind of space that Amman needed. But the venue had remained empty for years, a problem locals blame on poor planning.

“It's an incredible area, and it's got to be used,” Beiruti told Al-Monitor. “I always had it in my mind.”

In the first two weeks of September, the young curator's hopes for the neglected space were realized. The Raghadan area was transformed into a crafts district filled with local pop-up stores, boutique eateries and art installations. During Sept. 1-9, the once empty space was thronged with visitors and decked out with color and sound.

The Raghadan Tourist Terminal, curated by Jordanian artist Dina Haddadin, was one of three main venues for Amman Design Week, which featured more than 100 artists in three main sites and dozens of smaller venues. The event gave a platform for the kingdom’s creativity. But it also revitalized places that were once forgotten, reactivating public space and turning Amman’s downtown into a cultural hub.

Imagined by organizers as “nodes” in a citywide network, the week’s major venues were all spaces that, historically, had been underused or neglected. Some 2 kilometers (roughly 1 mile) away from the Raghadan, is the Jordan Museum, an ambitious development of exhibitions showcasing the nation's history — but that few in the country have visited. Nearby is a warehouse. Built in the 1930s to house Amman's electricity generators, it was recently converted into a cavernous exhibition hall. The Hangar, as it’s affectionately called, has been a regeneration success, hosting conferences and concerts. During Design Week it was filled with the work of designers and artists from the region.

“They put a twist on the sites, which is really nice to see,” Nicole Shaheen, a 34-year-old local, told Al-Monitor as she explored exhibits. “Without certain attractions like this, you don’t have people coming to the places. But it shows how well they could be used for different things.”

For creatives and planners in Jordan, there is a special reason to be conscious of how events interact with the urban landscape. Amman is a city with a population that, according to 2016 government figures, has doubled in a decade, with a sizable number — some 174,000 Syrians by United Nations estimates — of refugees. There is a much-spoken-of divide between the wealthier west and poorer east of the city — areas roughly divided by a downtown area in a valley surrounded with steep slopes of vertiginous, crowded houses. Most of these neighborhoods are on the poorer side of the city's economic divide, far from the luxury developments and diplomatic quarters in the west of Amman.

Though the center of downtown is packed, other areas — like the Raghadan — haven’t become the urban hubs some hoped for. The zone between the Hangar and the Jordan Museum is an area with untapped potential: a pleasant stretch of paved walkways, planted with flower gardens, surrounding a cultural center and a mosque. Yet at Design Week, many attendees and organizers told Al-Monitor they were surprised to learn that the area, known as Ras al-Ain, had been developed at all.

The team behind Design Week wanted to address that knowledge gap. “We are reactivating these spaces that had been neglected before,” Beiruti said. “We wanted it to be a celebration of the city and for people to feel reconnected to their city.”

The way to do that, the team believed, was through programming. For the entire week, the Raghadan and Ras al-Ain — along with other venues like art galleries, stores and cafes around the city — hosted workshops, talks and activities. In addition to exhibitions of local and international work, interactive installations invited Ammanis to learn 3-D printing or local crafts, and music performances were scheduled during evenings. On the walkway between spaces, rotating pop-up restaurants showcased food and became a space to linger. Suddenly, people had reason to visit the spaces, and a reason to stay.

“One of the most successful things about Amman Design Week has been to bring people down here, to make it accessible and free,” Ahmed Humeid, the head of a local design firm who delivered a talk at the Jordan Museum, told Al-Monitor. “It’s a statement: It should be a city for pedestrians. They created something in the city that was really refreshing.”

Humeid is especially invested in the relationship between design and the cityscape. He is one of the creators of Amman's unofficial transport map, a graphic rendering of the city's formidably tangled system of buses and shared taxis. In a notoriously car-centric city, this map is a crucial tool for those using public transport. But for Humeid, the map is also about using design as direct action. It showed the local municipality that some of the perennial problems of Amman's cityscape could be tackled. It compelled them to take action themselves.

Design Week might just do the same. Amman’s local government cooperated in executing the festival, and a team of researchers committed to surveying the community about the changes they wanted to see. Those developments were often small: a free bus trundled through the festival’s downtown venues, and pedestrian crossings were painted on roads. But organizers hope those small tweaks will make a difference.

As the festival closed up, however, the challenge was just beginning. Urban design in Amman has a tendency to falter, a fact borne out by the landscape of underused buildings like the Raghadan. Now the life created by the festival has to keep going if venues aren’t to fall back into disuse.

“It is positive that this event did the prototyping, but what is scary about it is sustainability,” Humeid said. What is needed, he believes, is for programming to keep running throughout the year and for design to become important at the national level, supported by state institutions. At the event itself, visitors agreed. “It would be great to see cultural events like this happening all year-round,” Shaheen said.

Beiruti, meanwhile, knows that it will take work to make the Raghadan terminal a permanent fixture in Amman’s cultural life. But she hopes Design Week will set a precedent that can’t be ignored. “If you demonstrate the potential, even if it goes away afterward, you feel a void,” she said.