As national high school exams in Egypt are canceled and others are disqualified, a freshman high school student boasted that he would continue leaking exams and answer sheets until the educational system is reformed. 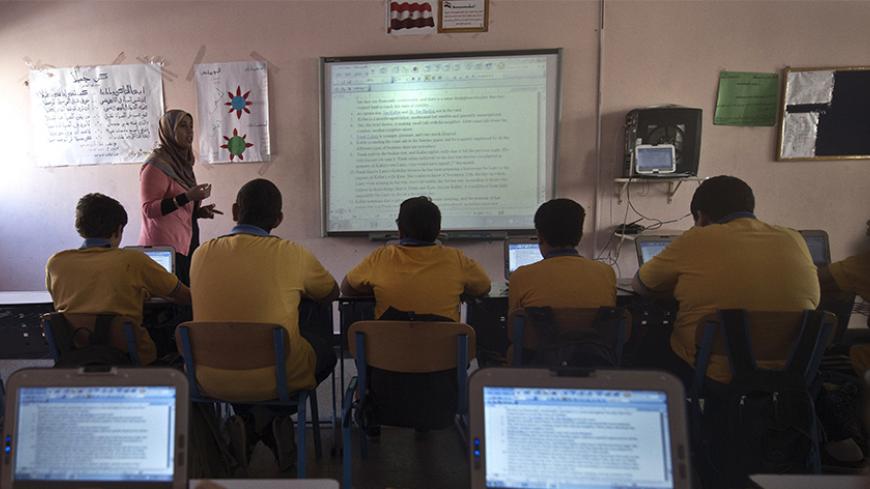 “I do not fear arrest, and more leaks will be forthcoming next year unless the educational system improves and corruption is eradicated in Egypt.” Thus, the administrator of the Chao Ming Bighachich Thanaweya Amma (Chao Ming Helps High Schools Cheat) Facebook page threatened the Ministry of Education June 15, following a leak of national high school exam questions and answer sheets.

In 2012, a few students exploited the proliferation of electronic devices in Egypt to form a Facebook page with the motto “God, Country, Chao Ming,” where high school exams were leaked in order to undermine the educational system.

Four years later, in 2016, the page went beyond leaking exams to posting the ministry’s official answer sheet. This has caused a political crisis in Egypt after the Arabic-language exam and the ministry’s answer sheet were leaked on June 5, merely 30 minutes after testing began — despite the fact that their dissemination is outlawed. This, in turn, forced the ministry to postpone the theology exam, scheduled to take place on that same day, until June 29.

Approximately 570,000 students take the national high school exams, which started June 5 and will end June 28. The secondary school phase of education represents a source of great pressure to students and parents alike because of the economic drain it causes on the resources of families bent on garnering the highest possible grades needed to join the best universities.

In this general context, Egyptian Minister of Education El-Hilali El-Sherbini stated that the Council of Ministers had resolved to change school exam and university admissions criteria, with said decision coming into effect next year.

In that regard, Ministry of Education spokesman Bashir Hassan conceded that the exam leaks originated from inside the ministry and accused the banned Muslim Brotherhood of being responsible for the leaks to sully the state’s image.

In TV statements made June 9, Hassan said, “The theology exam was leaked, but the Arabic-language exam represented a case of mass cheating.”

After the cancellation of the theology exam, Chao Ming challenged the Ministry of Education by affirming that he would publish the English-language exam 40 minutes before its start time of 9 a.m. On his Facebook page he wrote, “The English language exam will be posted at exactly 8:40 a.m.”

One day before the exam’s scheduled date of June 7, the Public Prosecutor’s office announced the arrest of a person accused of running the leaks page and said that he would be held for four days pending investigations. By doing so, the Ministry of Interior thought that it had prevented Chao Ming from carrying out his threats, but the English-language exam and answer sheet was posted 40 minutes before the start of the exam.

Major Khalid Abu Bakar, the general coordinator of Egypt’s electronic warfare army unit, later announced that they had uncovered the official page used by Chao Ming Helps High Schools Cheat, which had more than 1 million followers, and successfully took it down by exploiting errors committed by its administrators, though the administrators later replaced it with an alternate page. In TV statements made June 7, Abu Bakar added, “We determined the location of the person responsible for the leaks page, which is run by a company called G.R., located in Al Hasri Square of 6th of October City.”

In that regard, the Egyptian Ministry of Education decided to disqualify the exams of students with identical answers in one or more subjects, which would indicate the existence of mass cheating, in accordance with the provisions of Ministerial Resolution 500 of 2014, governing the conditions necessary for disqualification and exam-taking bans.

The campaign of prosecutions began in 2014 against several people whom the government accused of being responsible for the leaks, despite the fact that the administrator of the page wrote numerous posts in which he affirmed being outside of Egypt and in which he defied the Egyptian government by stating that he would continue leaking exams until the educational system was reformed.

On June 17, the administrator of the Chao Ming Bighachich Thanaweya Amma page appeared in a live broadcast on his Facebook page wearing the mask made famous by the protagonist of the acclaimed American movie “V for Vendetta.” He affirmed being a freshman high school student and boasted that he did not fear being located or arrested. He said that he would continue leaking exams and answer sheets until the educational system was reformed.

A source at the Ministry of Education in Asyut governorate told Egypt’s Al Shorouk newspaper June 4 that 120 students, the sons and daughters of police officers, the judiciary and senior officials, were transferred to the Badari secondary school to take their exams. The school is infamous for its mass cheating incidents. Salah Fathi, the acting undersecretary of the Ministry of Education, stated that the students’ transfer decisions were taken with the minister’s approval, in accordance with applicable rules in that regard.

In June 9 statements made to Egypt’s Al Bawaba News daily, eyewitnesses said that what occurred during the exams taken by the children of senior officials was “catastrophic” in the governorates of Minya, Asyut and Qena, where supervisors who refused to allow cheating were threatened and had guns drawn in their faces, leading the chairman of the exam committee in Al Jihad school to announce that he was unable to continue performing his duties.

In that regard, educational expert Kamal Maghith told Al-Monitor, “Due to its inability to put an end to the leaks, the Egyptian education system has lost all credibility. It thus has demonstrated that it is fragile and capable of being hacked.”

Maghith said, “What is occurring represents a student protest movement against a system that drains their money and destroys their nerves. The current educational system is faulty and reliant on 1960s practices based on the use of red wax seals and secret numbers assigned to documents — this in the face of a generation endowed with modern technological means. The accusations leveled against the Muslim Brotherhood are nothing but attempts to find a scapegoat, particularly considering that the Facebook page first appeared during, and targeted, the Brotherhood’s regime.”

Meanwhile, the chairman of Egypt’s Parliamentary Education Committee, Gamal Shiha, said that only one exam was leaked since testing began. “Other exams were photographed with modern means and published after testing began, which is a form of electronic fraud.”

In statements to Al-Monitor, Shiha said, “Despite its flaws, the current system will endure until the end of the ongoing exam period for the three secondary school levels. This system is not perfect and [is] replete with defects. The problem is decades old, and solutions have not been forthcoming.” He said that once equity is achieved between students, a new system will be implemented for secondary school and university admission exams. 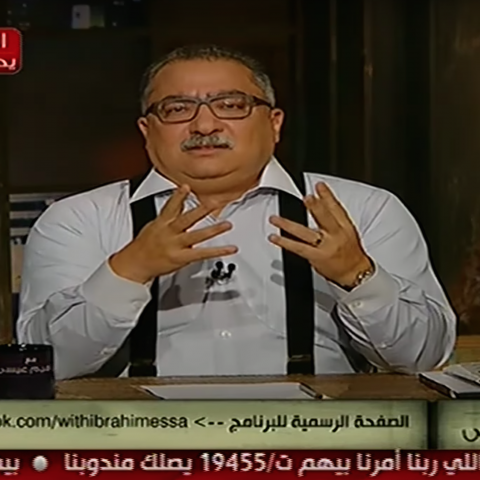