New reports are drawing attention to the possibility that global warming could worsen the refugee crisis in the Middle East and North Africa. 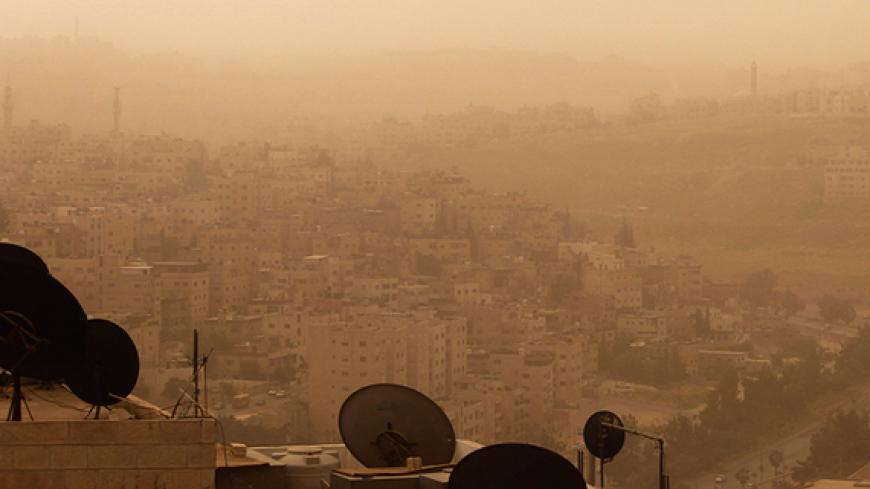 Could refugees become the leading export of the Middle East and North Africa (MENA) region by 2050? Several studies by research facilities including the Max Planck Institute for Chemistry in Mainz, Germany, and the Cyprus Institute in Nicosia suggest that possibility.

The Max Planck study argues that parts of MENA “may become uninhabitable due to climate change [and] the number of climate refugees could increase dramatically in the future.” Worse still, “The goal of limiting global warming to less than 2 degrees Celsius [3.6 degrees Fahrenheit], agreed at the recent UN climate summit in Paris, will not be sufficient to prevent this scenario.”

The report’s numbers are chilling. If governments around the world ignore the promises they made at the Paris climate change summit in December 2015 and global greenhouse gas emissions continue to increase, Max Planck and Cyprus researchers expect winter temperatures in MENA countries to rise by an average of 2.5 degrees Celsius (4.5-5 degrees Fahrenheit). Average summer temperatures will increase by 5 degrees Celsius (9 degrees Fahrenheit).

Whereas different parts of the world experience the worst effects of global warming in the winter — low precipitation, above-normal temperatures — the situation is and will be dreadful for the MENA region: fatally high temperatures in the summer, when the weather is already extremely hot and humid.

All MENA countries will be affected by these terrible trends, but some will be less lucky than others. Access to fresh water will be a significant problem. Jos Lelieveld, director of atmospheric chemistry at the Max Planck Institute and professor at the Cyprus Institute, wrote to Al-Monitor in an email, “Apart from countries with rivers (Tigris-Euphrates, Nile), many countries already need to supply fresh water through desalination of seawater. This will increase, and water management will become even more important.”

Lelieveld said, “Per capita availability of fresh water will decrease not only because of climate change, but also due to population growth.” A study by the Washington-based nonprofit Population Reference Bureau estimates that by 2025, per capita renewable fresh water in the MENA region will fall to 30% of the 1970 average.

So which countries will get the worst of climate change and experience emigration? Lelieveld said, “The countries that will be affected most are those where it is already hottest and where it is also humid, around the Persian Gulf.” While “hot and humid is bad for human health … countries where people are poor (with low-quality housing, limited access to fresh water, no air conditioning) are most likely to have people leaving.”

Ethemcan Turhan, an environmental social scientist and visiting fellow at Middle East Technical University in Ankara, takes issue with the term “climate change refugees.” In an email interview with Al-Monitor, Turhan said it would be better to call climate change a “threat multiplier” rather than a direct cause of forced migration because “there is no linear relationship between the two," and "which countries will ‘export’ climate change refugees” is a largely speculative undertaking.

Turhan warns, “Instead of focusing on climate refugees, we must be more concerned with the social, economic and political reasons that lead people to migrate, and what sorts of compelling environmental conditions (together with increasing fragilities) these people face.”

In that respect, Lelieveld’s slightly optimistic note on how to mitigate some of the worst effects of global warming is informative. “Since the problem will be worst in cities (urban heat island effect), where most people live in the MENA region, improved urban planning (ventilation), with quality housing and parks, will help.” Of course, “this will depend on the social-political situation in the coming decades,” he adds.

It all comes back to good governance, social stability, sustainable economic growth and regional peace.

The Syrian civil war has seen the internal displacement of some 6.5 million Syrians, while another 4.5 million have fled to neighboring Turkey, Lebanon, Jordan and Iraq. In 2015, between 1.3 to 1.8 million migrants and refugees, nearly half of them from Syria and a majority of them from MENA countries, arrived in Europe. The failure of political, economic and social institutions in the MENA region has tested European countries’ sincerity about their values.

To be sure, MENA countries themselves have to do better in sharing their resources more equitably in the face of climate change.

But if today’s MENA population of 500 million people exceeds 700 million by 2050 and the region’s social, economic and political order remains fragile, global environmental degradation will force upon European and North American nations even worse products and byproducts of that problem than what they have witnessed so far.

The Industrial Age — spearheaded by Europe and North America — gifted the world with immense scientific and technological advances, but at the tragic cost of greenhouse gas emissions and global warming. It would be wise of the “have-lots” to help the “have-nots” of the MENA region now instead of facing an unpleasant payback in the form of much worse refugee crises for the next 30 years.