Turkish men not so worried about worry beads

The traditional use of worry beads, or tesbih, thrives in modern times as a tool for personal therapy, a status symbol and a faithful companion. 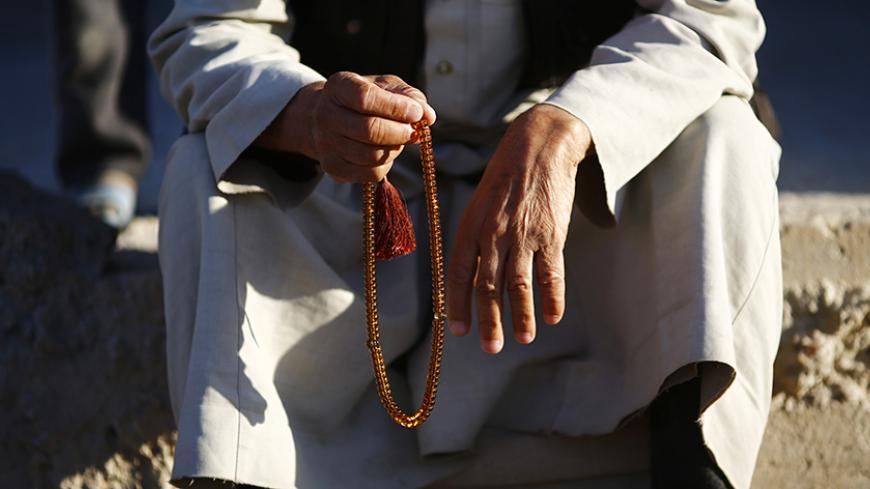 A Kurdish refugee from the Syrian town of Kobani holds prayer beads in a camp in the southeastern town of Suruc, Sanliurfa province, Oct. 24, 2014.

There is a strong bond between men and beads in Turkey. Tesbih — worry or prayer beads — are used by men from all walks of life in Turkey and are an essential accessory to long, passionate debates. Tesbih could be the easiest topic of conversation started in male-dominated coffee houses or upscale social clubs in Turkey. Despite growing female interest in tesbihs, they are still an almost-exclusively male domain. The artisans, designers, salespeople and customers are almost all men. It is even seen as a sign of strong masculinity in different communities in Turkey.

As a woman, it is a mesmerizing journey trying to learn and engage Turkish men in the talk of tesbih. It is believed that you can tell one’s social status, preferences and even personality traits from the tesbih they own and how they carry their beads.

The first time I entered a tesbih store at the famous Grand Bazaar of Istanbul, a middle-aged shopkeeper asked with an uninterested voice, “Who will you buying the tesbih for?” Before I could even answer he said, “If it is your boyfriend, you should not spend much, but if it is your dad or uncle, then I can show you some high-quality tesbihs.” Mustafa Bey, a tesbih salesman for 15 years, said, “Young women buy tesbihs for their novice tesbih-aspiring boyfriends, who fail to appreciate their value. They lose the tesbih promptly, which leads to quarrels between the couple.”

Indeed, when you sit down at a cafe or a restaurant in Turkey, briefly watch the men as they put down their cellphones, cigarette packages, lighters and tesbihs. You may appreciate the love and the strong bond Turkish men feel for their tesbihs, keeping them as close as their phones.

The beads have a long and amazing history, and incredible variety. There are basic categories in evaluating a tesbih: the material used to make the tesbih; the number and size of the beads (if there is a piece of a slightly different size or texture, it is called a drunk bead); harmony of color and sound that the beads produce together; originality; and artisanship and the strength of the top piece, called the imame. This is the piece that holds all the others together; it is the first sign of quality artisanship in a tesbih. Most generic products use a silver bead for the imame, but the precious ones use the same material as the beads. The last category is the simplicity factor. Intriguingly, the most precious tesbihs are the least eye-catching ones. As one tesbih lover explained, “it is not jewelry to show off, but a companion.”

Worry or prayer beads can be found in almost every culture and religion. Catholic rosaries, the prayer rope of Orthodox churches, Irish marble worry stones and Buddhist or Tibetan prayer beads (malas) are well-known all around the world. But prayer beads go beyond the holy prayer sites in some cultures. For example, in Greece, using worry beads (komboloi) is seen as a daily secular activity, as it is in Turkey. The beads have long made their way out of the mosques and churches in the region and have become a companion of men.

The traditional materials used to make tesbihs are crucial and continue to be used. Kadir Sukru Karateke, a prominent tesbih artisan master who runs his family tesbih store of 61 years in the Grand Bazaar of Istanbul, told Al-Monitor, “Origins of prayer bead materials fall into four broad categories: precious stones, different types of wood, animal products or fossils. The harder the material of the bead, or the rarer it is, the more intricate artisanship will be involved, increasing the value of the tesbih.” Snakewood, olive, sandalwood, palm, tamarind, apple and walnut trees are commonly used. One story frequently shared is about the health benefits of the different materials used. For example, kuka, a tropical fruit pit harder than coconut, was known as the tesbih of medical doctors during the Ottoman era. The kuka pits are known to act as a natural disinfectant, while releasing a pleasant scent when rolled between fingers. Several other tree-based beads are valued for their special scents. Their color also darkens over time, like leather, increasing their worth. Bagh tesbihs made from the shells of the threatened Caretta turtle (loggerhead) are extremely precious, like those from elephant tusks. Although several precious stones are used in tesbih making, amber has gained popularity in the recent years, prized for its beauty and calming effects.

Making tesbihs has been a thriving industry in Turkey in the past decade both for international and domestic markets, said Karateke.

“Once the customer or the master decides upon the material to be used, then it is all about the patience and dedication," he said. "The traditional styles and methods are still applied today, with certain modern touches. For example, the new trend is to write the name of the owner somewhere either on the stones or the silver or golden tassel.”

Even "evil eye" designs can now be seen in unique tesbihs. Karateke explained that the number of beads in tesbihs can vary: Tesbihs used daily are usually short, with 33 beads; others having 99 beads mostly are used for prayer. But he told Al-Monitor, “There are those rare ones made with 500 or 1,000 beads as well.”

Every element of a tesbih — each section between the beads, the big piece marking the beginning of the imame, the last piece at the top of the imame called the tepelik, even the way the knot of the string is hidden — has a specific name and will be evaluated by the careful eyes of tesbih lovers. Karateke explained, “Collectors know who the master maker is once they evaluate the tesbih, because each has their own signature in the product.”

The number of tesbih collectors is increasing in Turkey. Prominent collectors such as Turkish President Recep Tayyip Erdogan and several other Turkish politicians enjoy posing with tesbihs to connect with their constituencies.

Interestingly, tesbihs are popular among the Gray Wolves ultranationalist group of Turkey; many members consider tesbihs a must-have for their image. Yet, tesbih can be seen in the hands of almost all Turkish men, from Alevi taxi drivers to Kurdish college professors to Marxist parliamentarians. They can be seen in movie theaters — and soccer matches.

Soli Ozel, a professor of international relations from Kadir Has University of Istanbul, is a skillful modern tesbih lover who can use his phone and tesbih simultaneously. Ozel told Al-Monitor, “I enjoy the tesbih because it keeps my hands occupied. It has to be just the right size, though; the beads should not be too small or big.” Ozel confessed to misplacing his tesbih from time to time, but also added that he has not received negative reactions for his tesbih dedication, only some curious questions if he is abroad.

A sign of manhood or piety, a rite of passage — tesbihs are indeed companions. They help pass time, they are part of prayer and their use can become a habit to calm nerves or even to beat an addiction. In the era of iPods, smartphones and tablets, you can still find tesbihs present in coffee houses of poor areas or executive offices of rich neighborhoods. It is quite amazing how a string of beads carries centuries of stories and bonds Turks together culturally. 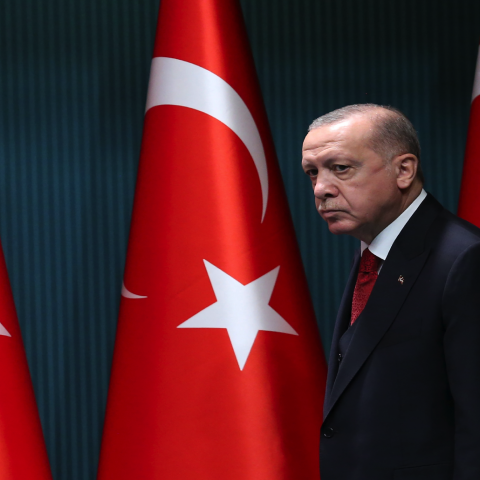