Posts about dinners, travel routes and Kalashnikovs are designed to encourage women to join up as teachers, nurses and wives. 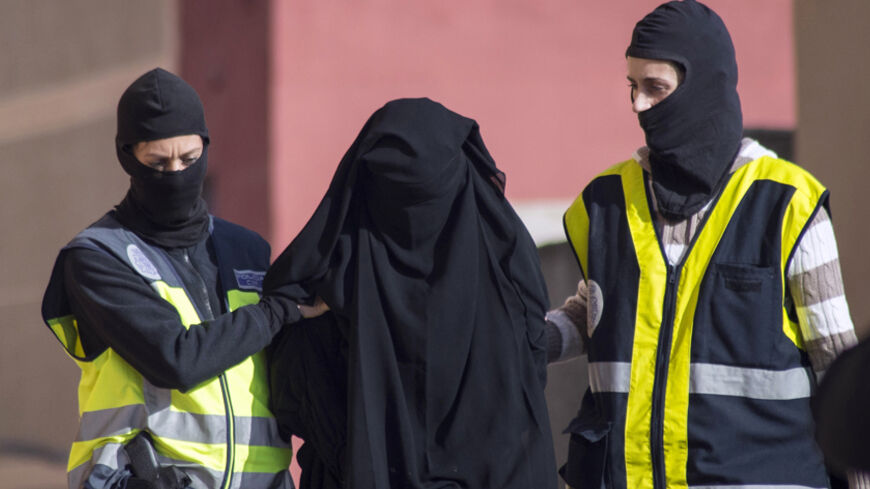 AMSTERDAM — When Abu Bakr al-Baghdadi declared a caliphate in June, he called on Muslims around the world to be a part of it. The invitation extended to preachers, engineers, judges, doctors and people with military and administrative experience, basically every Muslim who wanted to play a role in the creation of a new Islamic caliphate, including women.

Initially it was widely believed that young women who were lured to Syria by the Islamists had gone there to provide sexual services to members of the Islamic State (IS). It was later revealed, however, that the women who join IS primarily fulfill traditional roles, such as taking care of the household. Mary, the mother of Vanessa, a 19-year-old Dutch woman who joined IS in August, underlined that women generally have noncombatant roles.

“Vanessa told me that she cooks for her husband and his friends, also fighters, and that she spends a lot of time with other Western women. Basically, women are there to raise a family. The more women, the more children, the more fighters,” Mary explained to Al-Monitor. She is devasted by the choice her daughter has made, but tries to remain in contact with her as much as possible.

On Facebook, Twitter and other social media sites, young Muslim women who live in the so-called Islamic State portray their lives as a sort of Disneyland for Muslims. IS' recruitment campaign is mostly conducted online, and female jihadists have proved to be some of the best propagandists. They share pictures of their dinners, write blogs about their husbands and encourage others to join them by posting sentimental status updates about the advantages of living in an Islamic state. They even offer to help plan the trips of those interested in joining them.

Photographs of cozy dinners, jars of Nutella and romantic updates about their husbands are not the only things Western women share on social media, however. Those who join IS also learn how to handle an AK-47 (“women here don’t ask for jewelry, they go for a kalash”), excitedly show off such items as suicide belts (“a gift from my husband”) and glorify the murder of opponents by decapitation (“I can watch those videos over and over again”).

Although most of the women fulfill such traditional roles as taking care of the household and giving birth and raising children, they are also allowed to work. An English-speaking woman who runs the Diary of a Muhajirah wrote on her Facebook page that women can work as teachers, doctors and nurses. “The Islamic State is planning more programs which sisters can benefit from. And if you are single and you don’t want to get married, no one will force you. You can stay in an all-sisters hostel and get a monthly allowance,” she wrote.

Two of the posts from Diary of a Muhajirah

Mary told Al-Monitor that her daughter had stayed at one of the all-sisters hostels, where foreign women from Belgium, the Netherlands, Germany and Sweden lived. Two days after arriving in Syria, Vanessa married the fighter she had met online and moved to a city near the Turkish border. According to Mary, Vanessa’s husband, a European in his early 20s, recently took a second wife from another European country who had traveled to Syria with her child.

Foreign women also enforce Sharia. On Oct. 8, Sara, a Dutch teenager who joined IS when she was 17, told her Facebook friends that IS had asked her to whip Syrian women who had violated the law. Seven Syrian women, “troublemakers,” as Sara called them, had been sentenced to 15 or 30 lashes because they had fought each other.

“It was a fun, new experience,” wrote Sara, who married a Belgium fighter named Brian de Mulder and is reportedly pregnant with his child. Most of the responses were laudatory, including one from another European woman living in Raqqa, who said that she would like to “hand out lashes” as well. Some girls expressed mild criticism.

“I don’t think I could ever do such a thing,” one Muslim girl said. Sara replied by saying that some things are more important than feeling sorry for the women. “Well, I do not understand how people can be so weak not to implement Allah's laws. May he guide and forgive all of us,” she concluded.

One of the first things IS does after conquering an area is to instruct women on how to behave and dress. Women are required to be covered from head to toe, including a face veil. The women of the Khansaa Brigade, an all-female moral police force, make sure women stick to the rules. A number of Western women have been reported as having joined the brigade.

It appears that it is not simply marriage that attracts these women to IS, although some of them planned their trips to Syria and Iraq after falling in love with a fighter. The deeper, underlying motivation for joining IS is that they want to live in a purely Islamic state, to follow Allah’s rules, and because they want to play a role in the state-building process.

After the caliphate was declared, Muslim families from across Europe, women and children included, joined IS. Still, young girls between the ages of 16 and 24 are mostly drawn by the idea of living in an Islamic state. “Sisterhood” seems to play an important role in their decision. A lot of girls plan their trips together and rely on each other after arriving in Syria or Iraq.

“My daughter was always looking for a group to belong to, and she found that in Syria. It doesn’t matter where the girls come from,” said Vanessa's mother, “because they are all there for the same purpose.”