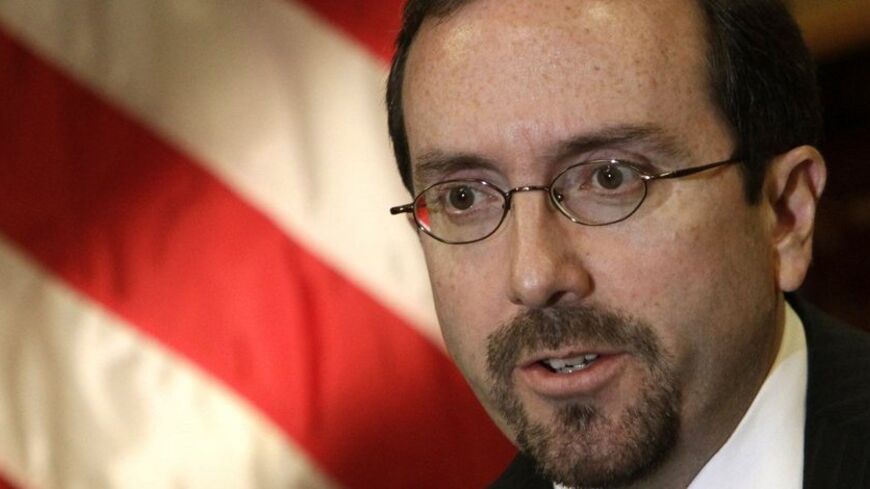 John Bass, then US Ambassador to Georgia, speaks during an interview with Reuters at his office in Tbilisi, March 16, 2011. - REUTERS/David Mdzinarishvili

State Department executive secretary John R. Bass, a former US ambassador to Georgia, is expected to be nominated to be the next US Ambassador to Turkey, U.S. officials told the Back Channel.

Bass, a career member of the Foreign Service, previously headed the Baghdad Reconstruction team, and served as the director of the State Department operations Center from 2005-2008, during which time he led the State Department response to 25 crises, including Hurricane Katrina. He served as a special advisor to then Vice President Dick Cheney from 2004-2005 on Europe and Eurasia.

Bass, who currently serves as executive secretary and special assistant to Secretary of State John Kerry, was double hatted as deputy chief of staff last year, before the appointment of Jon Finer. His potential nomination has not yet been formally sent from the White House to Ankara for agreement, diplomatic souces said.

Alice Wells, the Special Assistant to President Obama and National Security Council Senior Director for Russia affairs and Eurasia, is expected to be nominated to be the next US Ambassador to Jordan, to succeed jones, US officials told the Back Channel.

Wells, before assuming the top NSC Russia advisor job in 2012, previously served as the Executive Assistant to then Secretary of State Hillary Rodham Clinton.  Before that, Well served as chief of staff to then Under Secretary of State William J. Burns from 2009 to 2011.  She served as political minister counselor at the US embassy in Moscow from 2006-2009; as Director of the Office of Maghreb Affairs at the U.S. State Department from 2005 to 2006; and as Deputy Director of the Office of Egypt and North African Affairs at the U.S. Department of State from 2004 to 2005. Earlier in her career, she served in diplomatic posts in India, Islamabad, Riyadh, and Tajikistan.