Turkey’s Armenians in crisis over patriarch

A rift over the spiritual leadership of Turkey’s Armenian community exposes the Turkish state’s political machinations in dealing with this minority. 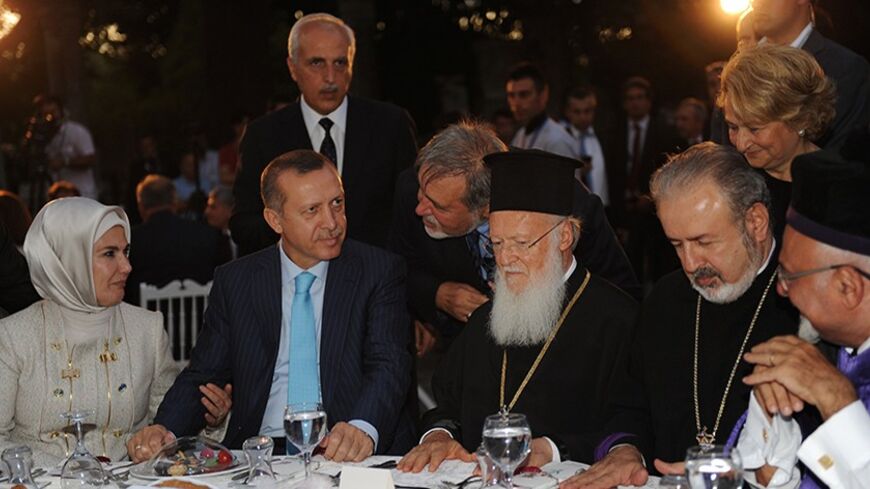 Turkey’s Armenian community is eagerly awaiting the outcome of a lawsuit at the Council of State, the country’s top administrative court, that is likely to have a major impact on how the Armenian patriarchate of Constantinope functions in the future. The legal battle concerns who should elect the Armenian patriarch — a small group of clergy or the broader community.

The case has pitted one segment of the Armenian community against the Interior Ministry and other community members. It has also exposed a serious rift that sheds light on the Armenian minority’s reality in Turkey and the government’s strategies for controlling the patriarchate.

The Istanbul-based Armenian patriarchate is a 553-year-old institution that holds spiritual authority over 42 churches. Its patriarchs have long been elected by the community.

The Turkish state’s attempts to control the patriarchate became more systematic after the 1960 military coup. In 1961, the council of ministers issued a decree stipulating that elections for a patriarch must be held on a date and at a venue selected by the Istanbul governor’s office. Every government since has sought to control these elections.

In 2007, a tragic incident paved the way for the governing Justice and Development Party to make one of the boldest-ever interventions in the Armenian elections. That year, Patriarch Mesrob II, elected in 1998, fell ill. His memory and cognitive abilities were severely damaged, so he was unable to perform his duties.

With Mesrob disabled, two opposing views emerged in the patriarchate on how to resolve the situation. Rather than seeking a compromise, however, both sides submitted their requests to the Interior Ministry. The Entrepreneur Council, considered the patriarchate’s “civilian wing,” requested permission to elect a new patriarch. The Spiritual Council, a group of clerics, asked the ministry to approve the election of a “co-patriarch.”

The ministry’s decision caught both sides off guard. Since the incumbent patriarch was still alive, neither a new patriarch nor a co-patriarch could be elected, it decided. Instead, an acting patriarch should be elected. Thus, the post of “patriarchal deputy-general” was established, a position without precedence in the history and traditions of the Armenian Church.

Heeding the Interior Ministry’s decision, the Spiritual Council elected its own head, Archbishop Aram Atesyan, as acting patriarch in July 2010. The move led to serious rifts and heightened tensions within the Armenian community.

Both applications to the Interior Ministry had sought an electoral process — be it for a new patriarch or a co-patriarch — in which all community members were to have voted. Instead, the “deputy-general” was elected by a small group of clergymen.

For the Armenians, the Interior Ministry’s intervention was unjust and contrary to their traditions. Their first reaction was to launch a petition drive. Those arguing that the entire community should elect the patriarch collected 5,350 signatures and submitted it to the ministry in 2010, but to no avail.

Next, they filed a lawsuit at the administrative court, seeking nullification of the Interior Ministry’s decision. The community’s lawyers argued that by appointing Archbishop Aram as patriarch deputy-general, the ministry had interfered in the Armenian community’s internal affairs and thus violated the principle of secularism. This is the case the Council of State is currently hearing.

The intensity of the intracommunal rift is reflected in the language that the much-respected Armenian weekly Agos uses in reference to Atesyan. In one headline, for instance, it depicts him as patronizing and calls him “archbishop” to make clear it does not recognize him as acting patriarch. The article further underscores the paper’s rejectionist position: “In an interview with the Jamanak newspaper, Archbishop Aram Atesyan has yet again made very controversial remarks. His comments on various issues, such as his bid for central civilian management, the irregularities in the foundation elections, the home he purchased in the [resort town of] Bodrum, and the patriarchate’s financial accounts are the latest example of his self-righteous attitude.”

The newspaper Taraf has also reported on the community’s objections to Atesyan. In a Feb. 15 article, “Crisis in Patriarch’s Election,” Sebu Aslangil, one of the lawyers in charge of the lawsuit at the Council of State, is quoted as saying, “The Interior Ministry imposed on us a deputyship office and the patriarchate went along. … Atesyan erred in not resisting the election of a deputy, something nonexistent in our traditions, and for having himself elected to the post.” Another community member, Sahin Gezer, was reported as noting, “Aram Atesyan well could have rejected the post in the face of election demands.”

So, the tragic illness of the elected patriarch, the ensuing failure of the Armenian community to reach a compromise and their decision to seek the state’s arbitration — in addition to the government seeing the situation as a golden opportunity to control the patriarchate — have together created an acute crisis that may drag on for years.

The crisis demonstrates not only the Armenian community’s problematic relationship with the state, but also the Turkish state’s unchanging policy of meddling and manipulation vis-à-vis its minorities despite changing governments. It is a typical divide-and-rule tactic, which constitutes a fragrant breach of religious freedom and serves neither the Armenian community nor Turkish democracy. The Turkish state’s hostility toward minorities precludes any win-win policies in this realm.