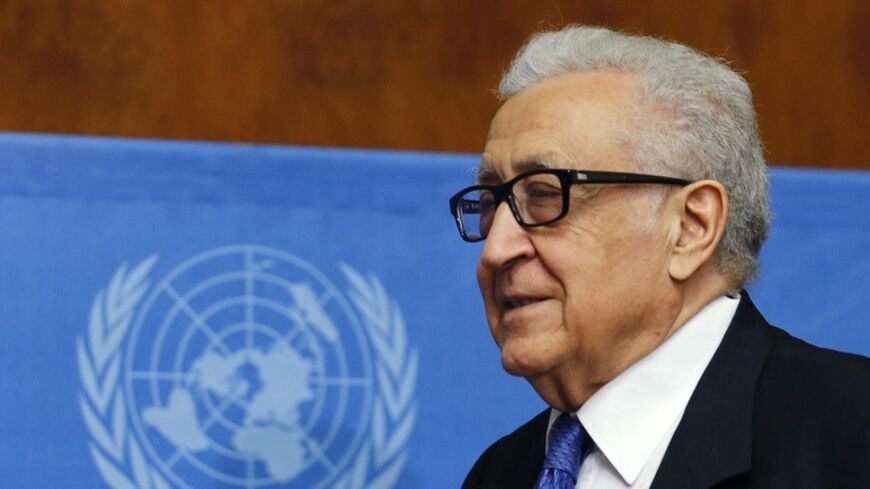 UN-Arab League envoy for Syria, Lakhdar Brahimi, arrives to address the media after a meeting at the Geneva conference on Syria at the UN European headquarters in Geneva, Feb. 15, 2014. - REUTERS/Denis Balibouse

It was a sad moment today, Feb. 15, when UN Special envoy Lakhdar Brahimi apologized to the Syrian people. While this apology constitutes a tacit condemnation of the costly and bloody deadlock in Syria, it does not and should not constitute a resignation or an abandonment of his mission; it asks both parties to reassess their respective intransigent positions. Equally relevant is the highlighting of the humanitarian tragedy as a crucial challenge to the two sponsoring powers: the United States and Russia.

Prompting Brahimi’s apology to the Syrian people was the “process” of both Geneva I and II, which constituted motion without movement — a precise description of the futility that characterized these so-called negotiations.

The deadlock of the two Syrian parties should provide an impetus to act jointly, not just as power brokers for a speedy solution, but to uphold the doctrine of responsibility to protect civilians and coordinate with the United Nations to effectively end the growing humanitarian tragedy and excessive suffering of the Syrian people.

Brahimi’s apology must become a catalyst for putting an end to the deadlock, so that the human conscience does not remain a noble abstraction, but instead creates a path to authentic reconciliation.