New Lebanese cabinet's challenge is to sustain its credibility

Lebanon's new cabinet gets to work amid increased sectarian violence at a time of economic downturn and as a weakened civil society is suffering from the spillover of the Syrian crisis. 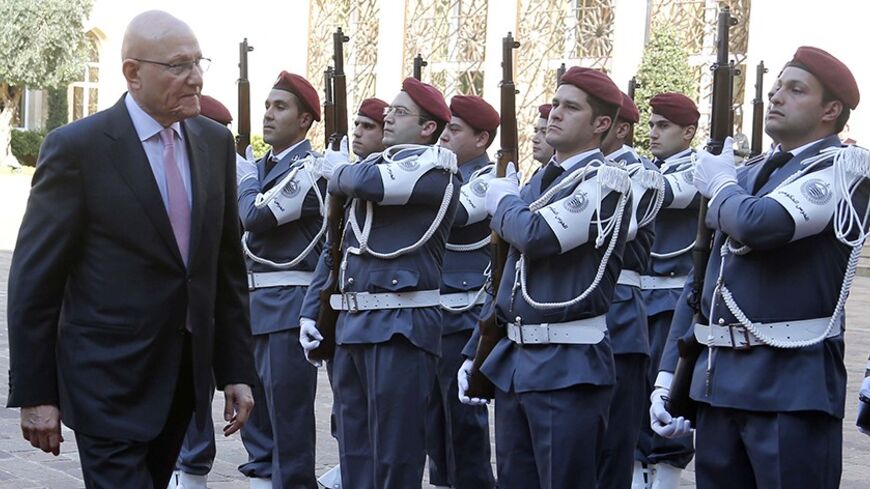 In Lebanon, after 10 months and 10 days, a new cabinet was finally formed.

This constituted the anchoring of what people hope will be a functioning government expected to prepare for the election of a new president and to face the issues that have emerged as a result of the Syrian crisis.

The concern of the international community about the unity and stability of Lebanon has lessened now that a functioning cabinet has been established. But while the cabinet released Lebanon’s political establishment from the prison of indecision, it remains vital that its statement of policy — to be drafted this week by seven of the cabinet members — articulate a viable consensus that sustains the cabinet’s effectiveness and credibility.

It would have been a much more enlightened cabinet had more women been included, inasmuch as they would have further attracted the commitment of civil society and enhanced the chances of eroding the sectarian base of political and policy decisions.

However, the relief of Lebanese citizens that a cabinet has been finally formed brings a level of stability that should prioritize internal security and immediate resolution of problems and conflicts that have proliferated during the last few years, and particularly in the last few months.

While this cabinet defuses tension and enjoys a broad base of confidence, it ideally will introduce an era where Lebanon can tap its human resources in a manner that transcends the sectarian system — which has remained in place far too long and made Lebanon vulnerable and its civil society marginalized.

Despite the flaws that caused the delay in forming this cabinet, its formation at this particular moment provides a sense of relief and hopeful expectations.