At 68, Has The UN Reached the Age of Wisdom?

On the 68th anniversary of its founding, the UN is still the only body that can tackle today's complex international problems. 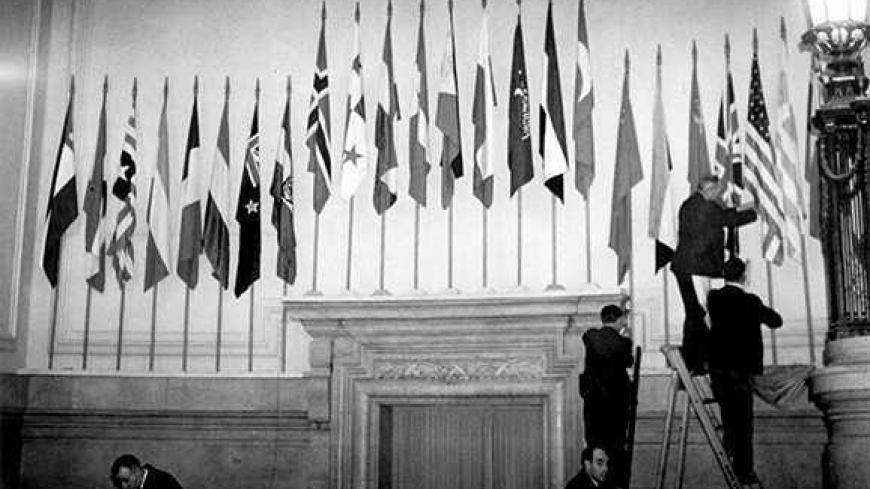 Today is the 68th anniversary of the United Nations. This is an occasion for all those committed to its charter and to the values that it seeks to promote to reflect on how it can be more effective in dealing with the continued emerging problems that face humankind. Former Secretary-General Kofi Annan described the UN as an international organization with “a human face.”

There have been many attempts to marginalize the UN's role in managing international concerns, conflicts and the spread of poverty and disease that confront the international community. What the world is challenged with is how to deal with a rapidly emerging dilemma, or contradiction — namely, a merging of globalization and fragmentation that is creating a series of complexities that breed insurgency, civil war, chaos, terrorism and other impediments to human life. So while globalization brings people together, fragmentation tears them apart. It is crucial at this moment to ask how the United Nations — as the only credible international organ — can manage this complexity.

Now is the time to empower the UN with the capacity to respond rapidly to crises before they become unmanageable. Necessary reforms should enable, even empower, the organization with the authority and the capacity for preventive diplomacy with a strong early-warning system to foresee problems before they escalate and intervene in crises before they explode. This requires, in addition to other measures, an international UN force that can be rapidly deployed to prevent conflict within nations and wars among them early enough to avoid threats to regional and international peace.

What the UN must address is how to redefine sovereignty and its relationship to interdependence. It follows that the various specialized agencies of the UN and international financial institutions — such as WHO, UNDP, UNICEF, UNESCO, FAO, UNCHR, Global Environment Facility, World Bank, IMF, and others — all with defined roles and objectives, must be further empowered to exercise their missions more efficiently and effectively. It is the blending of the humanitarian with the political that can reinforce commitment to the UN and expedite resolving many of the complexities that the world is experiencing at this moment. In other words, on this occasion, the charter of the UN must provide not only guidelines and definitions of ideals, but also help discern issues that are beyond sovereignty.