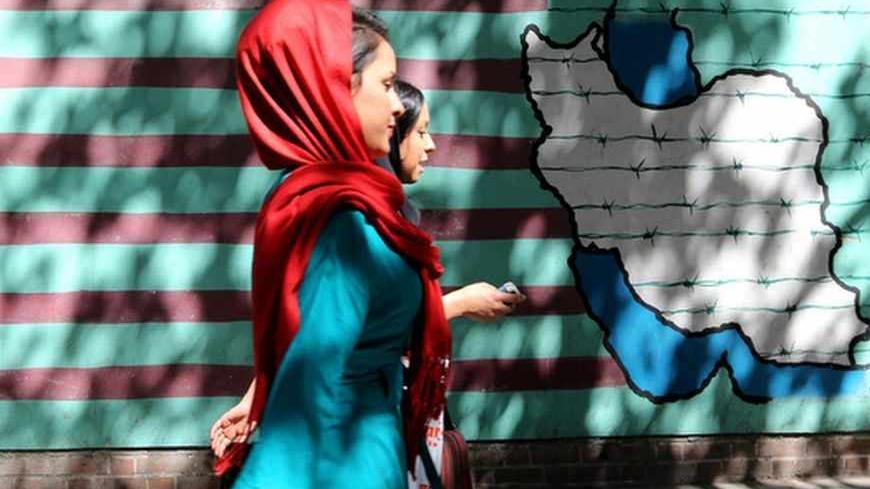 IRAN — The Islamic obligation of commanding the proper and negating the improper — which is called "Amr bil ma'ruf wa nahy an al munkar" and even emphasized with these words in the Constitution of the Islamic Republic of Iran — appears in the news now and then. According to this Islamic obligation, it is obligatory for each Muslim to instruct others to do things that are considered good according to reason or Islam, and to negate and prevent that which is bad. Although this religious and social obligation is mostly verbal in nature, innumerable cases of harsh and brutal physical confrontations have been reported in the course of executing it, which has been followed by violent responses in recent years by its targets.

Inviting others to good deeds and to refrain from bad deeds is the personal obligation of every Muslim. In this regard, even some governmental and security organs and organizations are also eagerly involved in this sphere of activity. Among them are the Moral Security Police and the Staff for the Revival of Commanding the Proper and Negating the Improper under the supervision of Ayatollah Ahmad Jannati, the secretary of the Guardian Council of the Constitution.

Although there is no provision in the Constitution explaining the duties and sphere of activity of members of the revival staff and — according to a judicial official who requested anonymity — the judiciary distinctly prohibited them from physical attacks, social and news networks are full of reports of violent attacks and sometimes of the brutality of these individuals. There are also serious and copious reports about the Moral Security Police and the Guidance Patrols. These violations are not only heard among the ordinary people, but even from Iranian presidents, from Hashemi Rafsanjani and Mohammad Khatami to Mahmoud Ahmadinejad and Hassan Rouhani. In early September, we once again heard of plans of the Guidance Patrols to intensify the treatment of the citizens who are immodestly dressed, which resulted in opposition by some.

The behavior of the Guidance Patrols in some cases was so violent and harsh that it led to a popular backlash. But since they were connected with the police force, the ordinary people did not dare respond to them. Rather, they attack religious people who would verbally chastise them for the way they were dressed. On June 13, 2012, it was reported that a 30-year-old woman was abused in Punak, Tehran. After having chastised a woman who, according to her, was improperly wearing the veil, she was attacked by the improperly attired woman who pulled off her veil. The next day, a woman who was accompanied by her 3-year-old child was beaten by two other improperly veiled women in Khaniabad, Tehran. A few days later, a young man was beaten and wounded after chastising another man who, according to witnesses, was dressed very inappropriately.

But it seems that the government’s response to such reports only exacerbated the problem. On Aug. 7, Ayatollah Sadeq Amoli-Larijani, the chief of the judiciary, said that the judiciary will respond to such crimes:

It must be noted that the punishment for apostasy in Iran is the severest of punishments.

These words may be considered from several perspectives. First, commanding the proper and negating the improper, according to Article 8 of the Constitution, is everyone’s mutual obligation, incumbent upon people toward each other and the government toward the people. But in Iran, this obligation has been limited to the first two cases and restricted at that to issues like the veil and clothing in general. There is no option to remonstrate government officials about obeying the law and justice when they violate it.

According to the fatwa of Ayatollah Ruhollah Khamenei, if declaring officials’ oppression before the people leads to sedition and the weakening of the Islamic government, it is forbidden. Ayatollah Larijani’s declaration apparently only concerns forbidding slack veiling and other legal or religious aspects of commanding the proper and negating the improper are ignored.

Second, most of the opposition to this matter is concerned with the way people treat those whom they are inviting to observe Islamic law and social customs as well as a lack of appropriate criteria for distinguishing behavior which violates these social norms and public morality. Otherwise, there is nothing the matter with remonstrations about observing social and legal norms. In reality, such a statement of opinion, particularly coming as it does from the highest juridical authority, opens the way for an attack by someone acting on his own authority with critics who are not denying the principle or derived articles of faith, but who consider the way they are being implemented unsound.

Since commanding the proper and negating the improper is not limited to citizens urging others to obey the law and includes instructions in religious law as well, it will become a source of various conflicts throughout society in which there are various sensibilities and degrees of piety. An unsound approach by those engaged in this duty, whether among the security forces or among ordinary people, will stir up a reaction from their targets. Now that the juridical supporters of these individuals are blocking the way to criticism by labeling them apostates, they have thus complicated matters to the extent that it has been predicted there will be more news about beatings in the street. Perhaps it is this same anxiety that got the Staff for the Revival of Commanding the Proper and Negating the Improper to speak of the need to let verbal remonstration suffice while stressing refraining from physical confrontation.