The Egyptian military's crackdown on the Muslim Brotherhood is unlikely to succeed completely, and could radicalize young Brothers whose leadership is imprisoned. 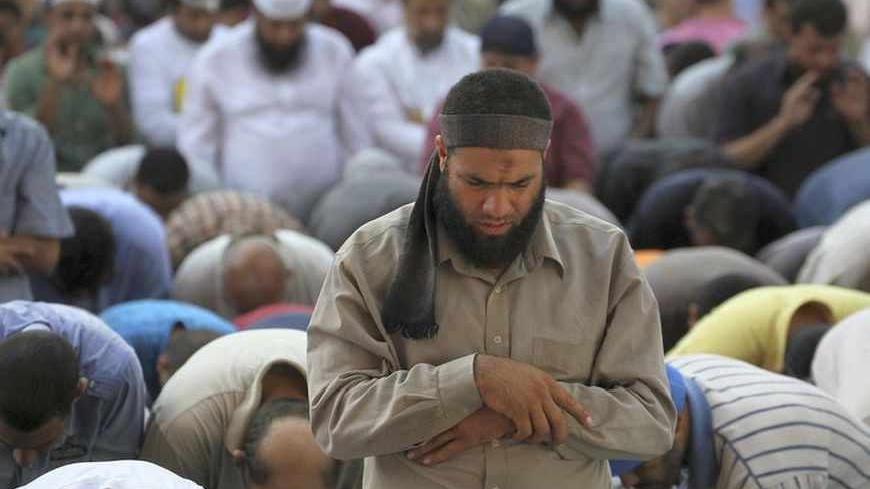 Supporters of the Muslim Brotherhood and ousted Egyptian President Mohammed Morsi pray during a protest in Cairo, Aug. 23, 2013. - REUTERS/Muhammad Hamed 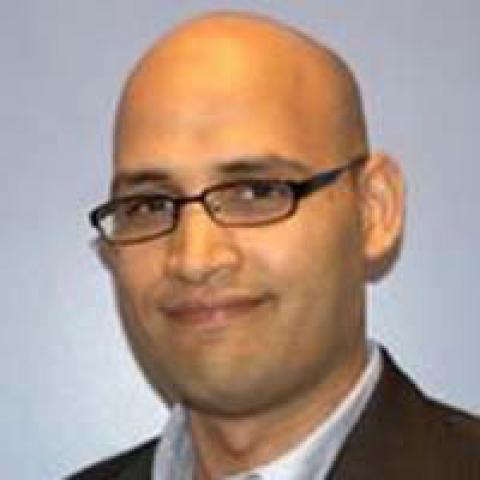 The ongoing confrontation between Egypt’s military and the Muslim Brotherhood has left the country in deep disarray.

Since the removal of Egypt’s first democratically elected president, Mohammed Morsi, on July 3, Egyptian politics have become increasingly dominated by the security forces. Not only has the army suspended all institutions elected after the Jan. 25 revolution, such as the presidency, the parliament, and the constitution, it has imposed a curfew in a dozen governorates, declared a state of emergency and has used lethal force against protesters, leaving hundreds dead or injured.

The effect of the military crackdown is to weaken the Muslim Brotherhood so that the group will not be able to return to political life anytime soon. When Gen. Abdel Fattah al-Sisi, the army’s commander-in-chief, called for a “popular mandate” to fight “terrorism,” he reduced the Brotherhood to a security “concern” to be dealt with by force rather than a political issue to be resolved through negotiation. Not surprisingly, early attempts to end the political deadlock peacefully have failed. Egypt’s public and private media are backing the military crackdown, also portraying the Brotherhood as a “terrorist” organization and, as a result, legitimizing the campaign. Ironically, many secular intellectuals and writers are now publicly calling for eradicating the Brotherhood even as they are also coming under the heavy hand of the security forces for criticizing the army.

The crucial question is how to encourage a political reconciliation in the face of mounting repression. Can Islamists participate in democratic institutions, or will they give into a violent form of radicalization?

Within the Muslim Brotherhood, two highly contentious camps are emerging. On the one hand, a faction within the movement advocates the use of weapons during the protests as a self-defense tactic to protect members from police attacks. According to Mohamed Gharib, a middle-ranking Brotherhood member, over the past few days some members have refused to join protests without being armed. “You can’t just allow them [the police and army] to attack you and do nothing,” he said. Since the bloody dispersal of Brotherhood sit-ins in Rabia al-Adawiya and Nahda, violence has flared across the country. Pro-Morsi supporters have stormed and torched churches and police stations. When the Brotherhood called for “Day of Rage” protests after the dispersal of its sit-ins, Egyptian state television captured an alleged pro-Morsi protester carrying a machine gun.

On the other hand, some members believe that violence is leading nowhere. Hussein Mostafa, a 32-year-old member, pointed out that the military seeks to provoke Islamists in order to turn them violent and then justify their eradication. “We shouldn't give them the knife that could slay us,” he said.

The possibility of radicalizing young Brothers increases with the continuing arrest of the group’s senior leaders. As Egypt’s military aims to paralyze the Brotherhood by arresting its first- and second-level leaders, interaction and communication between the leadership and those on the ground is ruptured, leaving the latter in disarray and out of control. With many young Islamists driven by disenchantment and bitterness in regard to the state, they are more prone to radicalization. “I lost faith in everything: politics, democracy, and protest after they stole my dreams,” said Mahmoud al-Naggar, a 25-year-old pharmacist who joined the Brotherhood while at university.

Notwithstanding this fervent debate, it is in Egypt’s best interests that the Brotherhood leadership not adopt violence as a political means. It is important that leaders understand that such a move would not only be counterproductive, because the group would lose any remaining public support and discredit its claim to being a nonviolent movement, but it would also be a useless undertaking. As Amr Darrag, a senior Brotherhood leader and former minister in Morsi’s government, puts it, “We are trying to calm people down, and the only way is to remain peaceful. We … can never match the force that the security police and military have.” Indeed, the Brotherhood learned a lesson from the radical Islamists who lost ground and support among Egyptians in the 1980s and 1990s when they used violence.

Given the stubborn polarity of the faction purporting violence and the other championing accommodations, the more likely scenario is a split. As it occurred under Gamal Abdel Nasser in the 1960s, when the movement witnessed the birth of Sayyid Qutb’s radical ideology, the Brotherhood might experience the emergence of a new, yet small, radical faction as a result of the current crackdown. However, this time the situation could be more destabilizing for Egypt.

The radical faction could exploit the Brotherhood’s organizational background in building a secretive and underground network making it more difficult for security forces to monitor or pursue them. Hard-

liners such as Secretary-General Mahmoud Hussein and Deputy of the General Guide Mahmoud Ezzat, who is considered a Qutbist, would more likely emerge as leaders. This new radical faction would likely seek revenge not only against the police but also against other state institutions, particularly the army, which could be costly for Egyptian institutions at such a critical time. Moreover, radicalizing young Islamists will play into the hands of al-Qaeda and its regional and local agents. If this new radical trend were to adopt al-Qaeda’s narrative and ideology, the consequences would transcend Egypt’s borders.

In short, while it is unlikely that repression would completely eliminate the Islamist movement, it could drive a splinter group into assuming leadership and taking a violent path. A wiser course would be to ease up on the crackdown, incentivize the realistic faction within the Muslim Brotherhood and strive for reconciliation across political, ideological and social class lines.

Assertions and opinions in this editorial are solely those of the author and do not necessarily reflect the views of The Middle East Institute, which expressly does not take positions on Middle East policy.

Khalil al-Anani is a Scholar of Middle East Studies at the School of Government and International Affairs at Durham University and former visiting fellow at the Brookings Institute in Washington, D.C. He is the author of the forthcoming Unpacking the Muslim Brotherhood: Religion, Identity and Politics (tentative title). He can be reached at: k.m.ibrahim@durham.ac.uk On twitter: @Khalilalanani