What Will Happen on Election Day In Iran?

Iran has set procedures for conducting elections, but this year a new committee, composed of allies of the supreme leader, will oversee counting the votes. 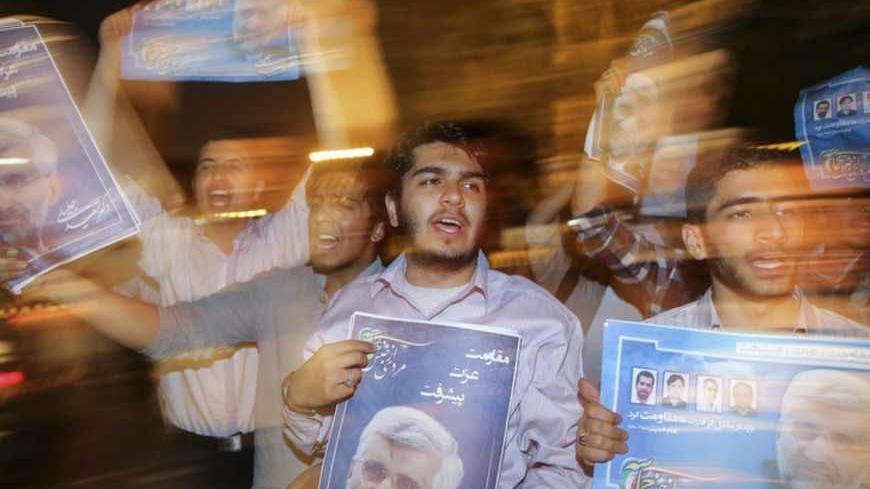 The official campaign period for Iran’s 2013 presidential election has come to an end. Now the questions remain: How many will vote and will those votes be fairly counted?

Tomorrow [June 14], 66,000 polling stations will open at 8 a.m. Nearly 1 million election officers will supervise the voting for 10 hours. An extension of voting hours is possible and often implemented to increase turnout and enable it to be the “political epic” that Supreme Leader Ayatollah Ali Khamenei has urged.

More than 50 million eligible voters will have to choose from a slate of six presidential candidates and more than 800,000 local council candidates will be vying for 207,000 councilor seats. This is the first time in the 34-year history of the Islamic Republic that elections are being held for president and city councils at the same time. Local councilors elected in 2008 were to have been replaced in 2011, but Iranian authorities opted to postpone the vote out of fear of a replay of the post-2009 election disturbances. After all, it was only in February 2011 that the regime succeeded in fully quashing all the remnants of the uprising.

The median age of voters is 38, three years older than in 2009. As prominent Iranian-American economist Djavad Salehi-Isfahani recently argued, this means that economic issues will be a central theme in this year’s race — an emphasis also likely because of the growing impact of economic sanctions. First-time voters comprise roughly a million.

Out-of-country voting is administered in Iranian consulates and embassies around the world. Iranian authorities have set up 96 polling stations across five continents to accommodate Iranian citizens wishing to register their vote. In the United States, 25 polling stations have been established in cities that are home to large communities of the Iranian diaspora. The suspension of Iran’s diplomatic relations with Canada and the United Kingdom means that the major Iranian communities based in those countries won’t be able to cast their ballots this year.

Despite conflicting reports about the pre-election environment, some argue that a vibrant atmosphere has emerged while others contend that this election season has been unusually cold, tight security measures have been established to pre-empt and, if needed, foil any election unrest. More than 300,000 security officers will be employed on Election Day to safeguard the process. The price for these is not cheap. According to the Minister of Interior, the election budget has seen a 400% increase in comparison with the 2009 election.

International observers and independent monitors are prohibited from monitoring the electoral process. But the six presidential hopefuls are permitted to have an agent present in polling stations during voting hours as well as during the count.

Iran does not have a voter registration system and Iranian citizens over the age of 18 can vote at their polling station of choice. They must, however, present their national identification card (or shenasnameh) to vote. To prevent double voting, polling officials will inspect the voter’s index finger (to ensure that it does not have any trace of stamp ink) and shenasnameh to ensure that it does not have an election stamp. Once this process is completed, the voter is handed a ballot and directed to a private area to fill it out. After casting the filled-out ballot, the election officer stamps the shenasnameh of the elector and their index finger with ink.

The counting process commences as soon as the polling stations close. Vote counting is conducted manually and election officials and candidate agents are permitted to be present during this process. Once the votes are counted and results tallied, the polling station members send a copy of the results to district-level election committees and provincial governors. Traditionally, the governors send a copy of the final election results to the National Election Commission (a 45-member body comprised of officials working at the Ministry of Interior). The National Election Commission would in turn tabulate the results and send the final tally to the Guardian Council for certification.

Amendments to the election law enacted earlier this year, however, have stripped the National Election Commission of this authority. This year, a Central Executive Committee consisting of the minister of interior, a member of the Parliament’s Presiding Board, the attorney general, the minister of intelligence, and seven public trustees (among religious, political, cultural, and social figures) will oversee the Interior Ministry’s voting tabulation and election monitoring activities. The new committee is composed of the Supreme Leader’s allies, restricting President Mahmoud Ahmadinejad’s authority over the tabulation process.

Presidential elections are based on a majority run-off system: An absolute majority (i.e., 50% plus one vote) is required for victory in the first round, with a run-off round one week later if this does not occur. With the exception of the 2005 election, the outcome of the past 10 presidential elections has been determined in the first round of voting.

The world will learn by the early hours of June 15 if Iran has a new president or if run-off elections will need to be held on June 21 between the two top vote-getters. Given the highly fractured nature of this year’s vote, the latter scenario appears more plausible. Like almost everything else about this election, uncertainty reigns.

Yasmin Alem is an expert on Iranian elections and domestic politics. She is the author of Duality by Design: the Iranian Electoral System. On Twitter: @YasminAlem