Opposition figures have accused the Muslim Brotherhood of framing the daughter of a powerful opponent for fraud in an act of retaliation. 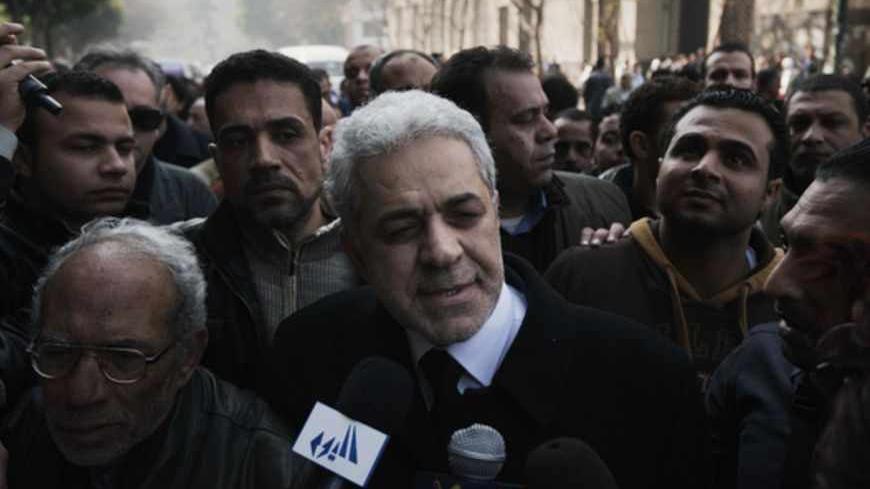 For the past few days, Hamdeen Sabahi, former presidential candidate and founder of the Egyptian Popular Current, has been the target of severe criticism — not for his politics, but for his daughter Salma's alleged misconduct.

Salma Sabahi turned herself in to authorities on May 22, after a prosecutor charged her with fraud and issued a warrant for her arrest. More than 20 plaintiffs accused her of soliciting at least $23,000, promising them quick and easy profits through investment in an online company called Global Ad Mart, which supposedly pays hundreds of dollars to people who agree to watch five advertisement videos every week.

Salma's lawyer, Mohamed Moneib, described the charges as a "political game and revenge on Hamdeen Sabahi.” The Nasserist figure's supporters politicized the case, accusing the Muslim Brotherhood of attacking its most powerful opponent by framing his daughter, who they say is innocent or, at the least, naive. Mohamed Salmawy, president of the Writers' Union of Egypt, charged in an op-ed that Salma's arrest is "shifting the political dispute to an unprecedented level of inhumanity."

The claim that Egyptian authorities are legally harassing their foes is not implausible. The public prosecutor, Talaat Ibrahim, has a history of taking into activists and regime opponents into temporary custody on questionable charges. It is also plausible that the opposition's bias prompted them to see only the politically charged nature of the situation, ignoring its more relevant legal, ethical and economic aspects.

Did she do it?

The 32-year-old, well-educated Salma Sabahi is accused of convincing several friends and strangers that by watching a few, short videos every month, they could make a 50% profit on their investment. This is a classic Ponzi scheme.

Being involved in a pyramid scheme, not to mention actively recruiting others to join one, is a Class A misdemeanor in the United States, a breach of the Fair Practice Act in Australia and an infringement of the Act for Consumer Protection in Belgium. The average punishment is up to two years in prison and a $1,000 to $500,000 fine, depending on one's level in the pyramid. In contrast, Egypt is the land of the great pyramid schemes.

Under Egyptian law, there are a few outdated statutes against selling imaginary products and conducting online forgery and none since the 1980s specifically prohibiting pyramid scammers from impoverishing and bankrupting the country.

Salma Sabahi is a singer and TV host as well as the daughter of a prominent opposition leader. As a public figure with ties to socialites, soccer players and singers, Salma's activities in "marketing" were not a secret.

During the past two years, she allegedly doubled the size of her pyramid network, selling overpriced counterfeit watches and "energy bracelets" on behalf of a shady company based in Hong Kong called Qnet, which has been operating freely in Egypt for seven years though banned in at least eight countries in Europe, Africa and Asia.

Legally, Salma is doing nothing different from the estimated 30,000 other members of the network. She, however, like everyone else involved, nonetheless bears the moral guilt of participating in a pyramid scheme.

Her latest venture, the advertisement network, was quickly exposed. The truth about Global Ad Mart is a Google search away. One can find dozens of red flags pointing toward corrupt operations, yet Salma insists she was not aware of them.

Back to the original question — Did Salma do it? The answer might already be known. The same week as Salma's indictment, the prosecutor opened investigations into eight pyramid marketing companies, and the police arrested 28 suspects on the same charges as those against Salma. None of them received the opposition's sympathy or its slightest attention.

Salma's father did not comment on the case for almost two weeks, after which he appeared at a news conference on May 18 of the National Salvation Front. He said that he believes his daughter is innocent, and then he quoted hadith: "If Fatima, daughter of Muhammad, were to commit theft, I would have her hand cut off."

By focusing only on his daughter and ignoring the other defendants and the country's pyramid scheme epidemic, Hamdeen lost a great opportunity to appear as a genuine leader. It would have been much more effective if he had risen above the personal and addressed the public about the dire unemployment problem that makes hundreds of thousands of young men and women, like his daughter, vulnerable to false promises of easy money.

The leftist leader also could have slammed the government for allowing the free market to become a playground for international swindlers destroying the country's savings, investment potential and stock of hard currency.

Hamdeen, along with the writers, artists and media personalities who have lobbied for his daughter, could have led a successful and much-needed awareness campaign against pyramid schemes. They could push the government to take action and make Egyptians feel that the leftist Popular Current cares for their well-being and can mobilize the country toward smarter economic policies.

Egypt's history of personal attacks on opposition leaders like Amr Hamzwy and Mohammed El Baradei is frightening. Sabahi should rethink his strategy, keeping in mind that if his daughter is found guilty, all the lobbying on her behalf would have been in vain.

Shortly after her release on bail, Salma updated her Facebook status, posting, "I tasted the same kind of injustice that my father has been subjected to" and referencing the times when he had been imprisoned for his political opinions under the regime of Anwar Sadat.

Ahmed Ateyya is a Cairo-based, award-winning journalist and documentary filmmaker. He is the co-founder of Wojood Media, a documentary production company, and the assignment manager of El Watan news portal. On Twitter: @ateyya 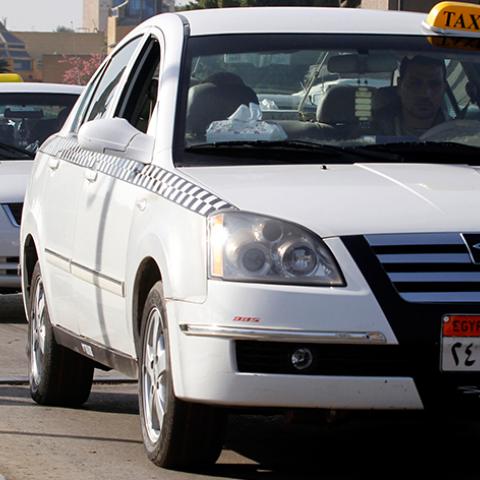 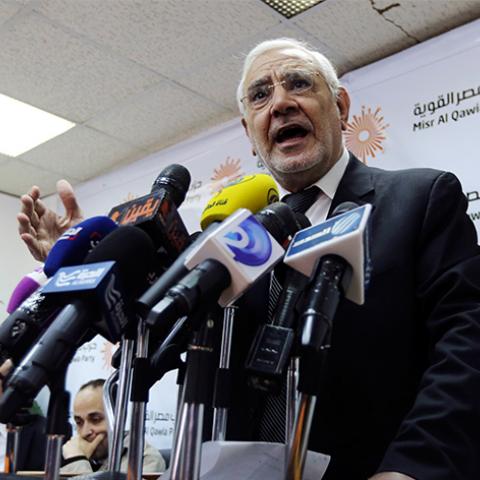 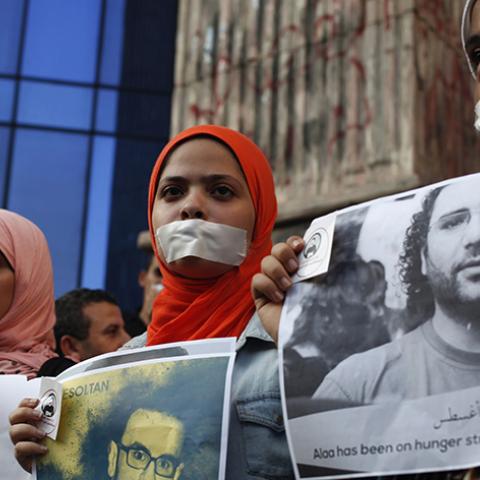