Mona Makram-Ebeid, a former member of the Egyptian parliament, belongs to Egypt’s 10 million-strong Coptic minority. She supports one of the front-runners for the presidency, Amr Moussa, and tells Al-Monitor's Sophie Claudet in an interview that she fears an Islamist win "not only for the Copts, but for the liberals, the seculars, for everybody." 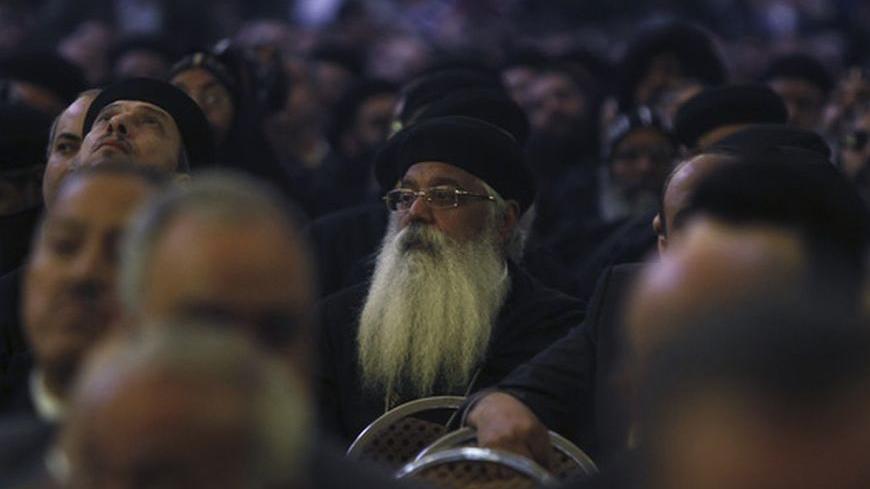 Al-Monitor spoke to former MP and member of the trustees of the 25 January Revolution Mona Makram-Ebeid. A member of Egypt’s 10-million strong Coptic minority, she is actively engaged in a national dialogue with Egypt’s Islamic religious authorities. She supports one of the frontrunners for the presidency: former foreign minister and former head of the Arab League Amr Moussa.

Makram-Ebeid:  Absolutely, and we are working on it. That is what I have been doing particularly with the Coptic youth because they are spread all over the country and they are close to grassroots organizations.

Al-Monitor:  Opinion polls show that the Coptic vote is divided.

Makram-Ebeid:  The vote is split mainly between Amr Moussa and [former air force commander and former prime minister] Ahmed Shafiq. Those who support Ahmed Shafiq are concerned over security and are terrorized by the prominence of the Islamists in parliament.

Al-Monitor:  Some Copts have rallied behind independent Islamist candidate Adel-Moneim Abul-Fotouh, why?

Makram-Ebeid:  Abul-Fotouh appealed to a lot of liberals and seculars at the beginning — I was one of them, in fact — but after he received the support of the Salafists and of the radical extremist Islamist organization Gamaa Islamiya, his discourse changed tremendously, in line with their views. A lot of us have withdrawn their support but some still think that he could stand up to the Muslim Brothers because he was once one of them. But I don’t believe that at all anymore.

Al-Monitor:  Copts have been second-class citizens for decades; can it change under the next president?

Makram-Ebeid:  Copts are no longer what they were before the January 25 revolution. They are a different breed now. They have come out of their legendary isolation and their legendary passivity. They have joined the revolution, and they have joined in the [March 2011 constitutional] referendum, and they have joined in force for the parliamentary elections. This is totally new for the Copts; we have always been insulated behind the doors of the church. Now Copts are out, now they want to participate. They don’t want to receive any instruction from the church, they want to be free. Yesterday I talked to 25 key people from different governorates and villages, to influence their followers to vote for a liberal candidate. They all of course agreed. The discussion between us now is which one. I took them to meet Amr Moussa and they were very impressed.

Al-Monitor:  Doesn’t the status and treatment of the Copts depend on who will be elected?

Makram-Ebeid:  I don’t know how Copts will be treated by the new president. But this is why they should vote for a liberal president. Their situation will change as long there is a democratic system. They will be able to fight for their rights. They have already made a big step with the [highest Sunni religious authority] Sheikh of Al-Azhar. I am one of the people that helped draft the [January 2012] statements of the Sheikh of Al-Azhar, which are very close to a bill of rights and guarantee the rights of women, the rights of minorities, the freedom of expression and belief. I was myself a member of the [now disbanded] constituent assembly and had intended to present this bill as part of the future constitution but had to resign because the monopoly of the Islamists.

Al-Monitor:  But these tremendous advances could become null and void depending on who is elected?

Makram-Ebeid:  Absolutely. And this is what Copts are terrified of, that they will not only revert to second-class citizens but that they will be oppressed, that their rights might be violated. If the president is an Islamist, if the government is dominated by the Islamist tendency, Copts will be in a very precarious situation. That is why I believe Copts will participate in force in the election.

Al-Monitor:  What is your prediction for the winner?

Makram-Ebeid:  I believe it will be Amr Moussa versus Abul-Fotouh or [Muslim Brotherhood candidate] Mohamed Mursi for the first round. And Mr. Moussa will win in the second round. Let us hope so not only for the Copts, but for the liberals, the seculars, for everybody.

Makram-Ebeid:  He was a foreign minister, he was a civil servant. He has nothing to do with the old the regime, its corruption or the coterie of [deposed president Hosni] Mubarak. In fact, Mubarak so disliked him that he dismissed him as foreign minister and appointed him to head the Arab League. 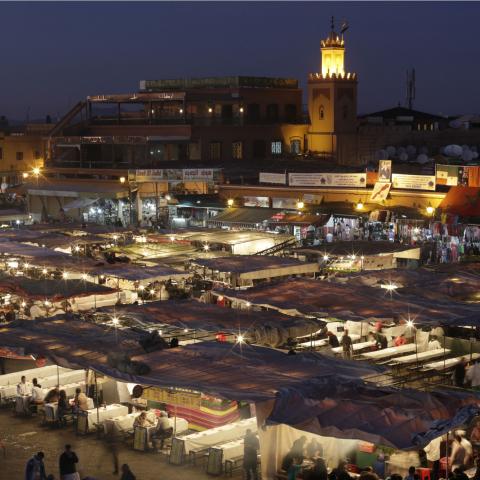 Why did Iran, Morocco resume relations? 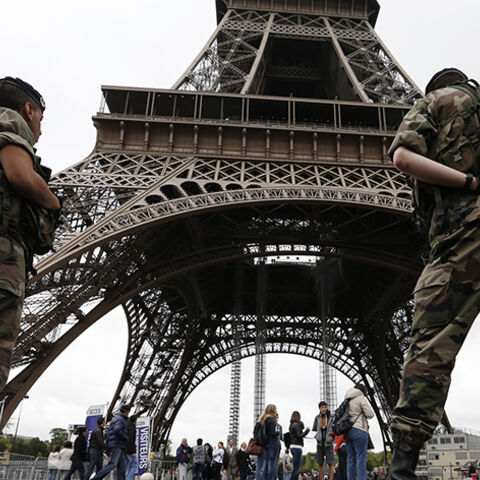 Why France should worry about its jihadist hopefuls