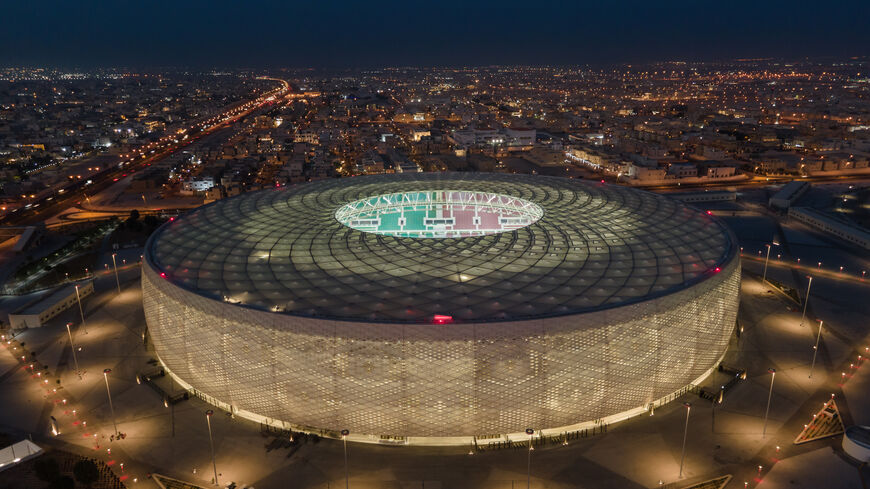 This November, Qatar will become the first Arab state to host the prestigious FIFA World Cup. Having a population of less than 3 million, it is the smallest host country to ever organize the event. Being a popular sport in the Middle East, soccer unites the region culturally and socially.

Even though Doha has hosted other sports events like the IAAF World Athletics Championships, the Asian Football Confederation Cup and the World Men’s Handball Championship, and will be holding the Asian Games in 2030, the FIFA World Cup is the largest high-profile event to take place in the state of Qatar.

Hosting sports events has been a new trend in the region in recent years, and according to PwC research, this sector shows promise to grow by 8.7% in the next three to five years. From Formula One races in Saudi Arabia, Bahrain and Abu Dhabi to tennis tournaments in Dubai and international golf events in Abu Dhabi, the region is now heavily invested in sports.

As the event edges nearer, it promises to have a wide impact as fresh opportunities are emerging for Qatar, other Gulf Cooperation Council (GCC) states and the surrounding region.

In Doha itself, new infrastructure built for mega sports events will have an immediate impact on the local economy. Around eight air-cooled, zero-carbon World Cup venues designed by world-renowned architects, fan zones, training sites and other outdoor areas for tourists have been built from scratch.

With more than 1 million visitors expected, the event will accelerate growth in diverse sectors such as travel and tourism, hospitality and infrastructure, and help fulfill Qatar’s National Vision 2030.

Khristo Ayad, a consultant at InStrat, an independent research and advisory platform in Doha, told Al-Monitor, “The high-visibility tournament will certainly be a significant milestone in the country’s diversification journey toward a modern, knowledge-based economy that is not just open to but centrally embedded in the overall international community and system."

In fact, he said, “Qatar’s investment and development drive aimed at establishing itself as a center for sports, diplomacy, culture and business had already started before the FIFA World Cup 2022 was awarded in 2010.”

Next, the World Cup would increase Doha’s soft power and add political influence, especially since more such events are in the pipeline. Highlighting this advantage, Ayad said, “Qatar had promoted its World Cup campaign as a showing of Arab unity from the outset, positioning the World Cup as an opportunity to build bridges between the Arab and Western world[s].”

It would benefit the whole GCC, he added, “In terms of unique selling points for investment, tourism, business and so on, external views on the region would have often seen its soft power assets as shared, or at least as complementing of each other. A successful World Cup in Qatar will have direct positives on all Gulf countries’ overall reputation.”

Meanwhile, there would be a considerable impact on the hotel and airline industries. Accommodation in Doha is pricey and hard to find due to its small size, while luxury hotels there are mainly booked for FIFA officials and players. Therefore, Qatar has leased two cruise liners and requested that residents rent out space to visitors.

Caroline Rose, head of the Power Vacuums Program at the Newlines Institute in Washington, told Al-Monitor, “I think that this event, given the reported limited space accommodations, has overall increased regional coordination efforts to accommodate such a large influx of tourists. It will also notably give a boost to the Qatari economy, with an estimated $17 billion in profits.”

With tens of thousands of soccer fans expected, mostly from Europe and South America, neighboring countries will become a base for the Qatar World Cup. Most of all, the UAE is a good option as Air Arabia and Fly Dubai are running 45 flights daily to Doha between them.

Ayad observed, “The World Cup should see a significant number of international soccer fans making use of travel and accommodation packages not only for Doha but for other popular destinations like Dubai or Muscat. In short, the World Cup is very likely to sizably drive movement and business in the tourism sector beyond the hosting nation alone.”

Shuttle flights are being arranged while hotels in Dubai are already overbooked, resulting in the postponement of the Dubai Marathon from December this year to February 2023.

Varun Ahuja, director of sales at Aloft Dubai South says, “The upcoming Qatar World Cup has created an air of optimism in the tourism sector, with an increase in hotel bookings across the UAE for the period of November and beyond.”

Saudi Arabia could also see a spike in pilgrims due to the World Cup, and a 106% increase in occupancy is expected in Makkah compared to 2021. Hotel occupancy in Bahrain can go up by 9%, Kuwait around 24%, and Jordan will be 33% busier.

Even Iran expects a spurt in tourism, and it has reached a series of agreements with Qatar to host football fans.

Clinching a deal to link the Doha Flight Information Region (FIR) with the Tehran FIR, Tehran hopes to increase tourist footfall at the coral island of Kish, a 40-minute flight from Doha, as well as other islands and cities in southern Hormozgan province. In addition, a marine tourist line will be inaugurated between the port of Bushehr in Iran and Hamad port in Qatar during the World Cup.

Interestingly, even as talks continue to restart the Joint Comprehensive Plan of Action (JCPOA) deal, Iran and the United States will be playing a match at Doha’s Al Thumama Stadium.

From South Asia, Pakistan will be providing security cover for the event, and an agreement was recently signed between Qatar and the Pakistan army after Doha requested assistance. Approved by the federal Cabinet, this arrangement would allow the government to provide troops.

However, the economic turnover for Qatar is hard to predict right now as it is a gradual process.

In the short term, hosting a major sports event boosts the construction and tourism sectors, but foreign investment results tend to be long-term. Initially, it was calculated that the 2022 FIFA World Cup could make Qatar $20 billion, but this figure was revised to $17 billion recently.

In Ayad’s opinion, holding a global event has speeded up progress. “While the actual event undoubtedly constitutes an opportunity for Qatar to present itself on a global stage, the preparations over the past 12 years have accelerated the efforts toward major infrastructure and policy developments that may have otherwise merely required more time.”

Once the event is over, Nasser Al Khater, CEO of the FIFA tournament, expects “the country’s focus to shift from infrastructure development to tourism and will likely go in the direction of Russia post-World Cup 2018.” Apparently, Moscow had made an extra $14 billion after hosting the event, but there was a long-term decline, even before the COVID pandemic struck. The experience of South Africa, another host country, has been likewise.

Nevertheless, Qatar is prepared to take risks and enjoys being in the limelight.

Ayad summed it up: “World Cup-related investments have in turn further elevated and solidified the country’s position as an important hub. In Qatar, the event has sparked excitement, enthusiasm and national pride; it has also put a magnifying glass on a very young nation with deep traditions. After all, the FIFA World Cup 2022 will be the first event of that global scale ever hosted in the Arab world.”