Subsidy cuts have led to nationwide protests in Iran. 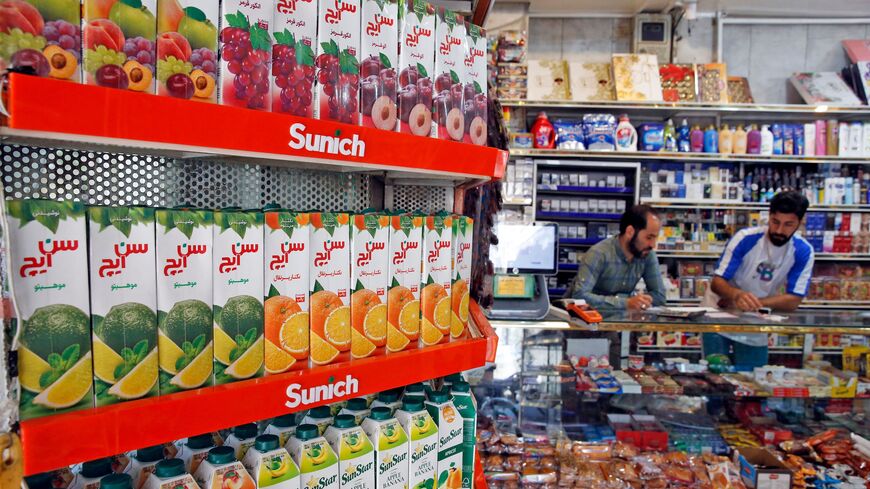 Iranians work at a food store in Tehran on May 13, 2021, as prices on basic goods soar. Hundreds of people have taken to the streets in cities across Iran to protest the government's decision to raise the prices of essential goods, state media reported today. - AFP via Getty Images

Protests have erupted across numerous cities in Iran after the government enacted a series of subsidy cuts, leading to a harsh government crackdown that resulted in a reported four deaths.

Iranians on social media have complained since May about the high prices of cooking oil, bread and dairy products. The price of some foods has increased by over 300%.

President Ebrahim Raisi promised May 15 at a meeting with economic officials and ministers that, in place of the general subsidies on food items, cash would be deposited into the accounts of Iranians who qualify.

The assurances by the administration that prices would be reduced have not quieted the protests. One popular social media account showed a protest in Tehran with pictures of protestors blurred to protect their identity. The protestors appear to be chanting about their salaries, suggesting they have not received them. Protests in other parts of the country have led to chants against Supreme Leader Ayatollah Ali Khamenei and the Islamic Republic system of guardianship of the jurist.

This is not the first subsidy-cut-related protest in Iran in recent years. Since 2017, introductions or announcements of subsidy cuts have led to nationwide protests. Such protests are typically uncoordinated and unorganized but also quickly turn violent. Previous to the subsidy cut protests, protests in Iran were politically partisan and organized by specific groups that had political aspirations within the Islamic Republic. The subsidy protests, however, appear mostly to be attended by disaffected youth who are nonpartisan and would rather see the end of the current political system, even if they have no organized vision for the day after.

Suppressing such protests will continue to be costly to Iran. There are no leaders to put under house arrest, nor are there any specific political demands to acquiesce to. The strategy up until now has been to disperse the protests violently.