US talks directly with Syria on missing American but White House a ‘holdup,’ family says

The family of Majd Kamalmaz is pleading with the White House to build on previous engagement with Damascus, saying the Syrians have demanded to speak with a high-level US official. 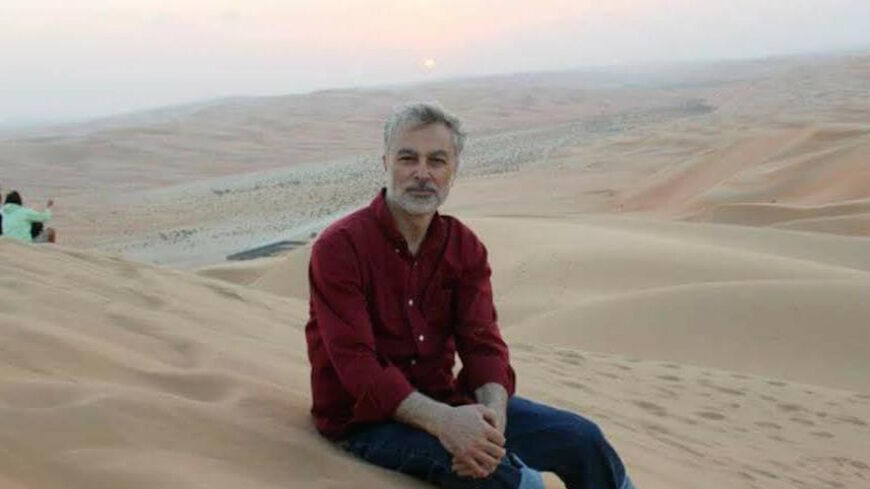 Majd Kamalmaz, a Syrian-American clinical psychologist who disappeared in Syria in February 2017, is seen in this undated photo. - Kamalmaz family

The Biden administration is pursuing a direct dialogue with the Syrian government regarding US citizen Majd Kamalmaz, his family told Al-Monitor as it marked the fifth anniversary of his disappearance with an urgent appeal to the White House.

Kamalmaz was detained at a government-run checkpoint near Damascus in February 2017 and has been missing ever since. The 64-year-old clinical psychologist from Virginia had arrived in the Syrian capital a day earlier to visit with relatives following a death in the family.

He and freelance journalist Austin Tice are among several Americans believed to have been detained by the Syrian regime over the course of its civil war. The Syrian government has never publicly confessed to holding them.

The family is pressing the US government to cut a deal with the Syrians. As part of that effort, US Special Presidential Envoy for Hostage Affairs Roger Carstens has had direct contact with Syrian government officials in the past year, the family says.

A State Department official declined to confirm the engagement but told Al-Monitor, “We are committed to pursuing all avenues to help with the resolution of these cases.”

The “mission is to get our people home,” the official said. “Sometimes that requires direct talks with regimes or governments with whom we do not have normal relations.”

Syria's mission to the United Nations did not respond to requests for comment.

Hopes for Kamalmaz’s safe return were raised after the Trump administration dispatched Carstens and senior White House counterterrorism official Kash Patel to negotiate on the hostages with Syria’s sanctioned intelligence chief Ali Mamlouk in the summer of 2020.

But Patel and Carstens returned without a deal. In exchange for information, the Syrians reportedly presented several demands that would have amounted to a major shift in US policy, including the withdrawal of US troops from Syria, the lifting of sanctions and renewed US-Syrian diplomatic ties.

“We need what happened like the last administration, a big move,” Kamalmaz’s daughter Maryam Kamalmaz said of the secret Damascus trip. Carstens “moved forward in the past. Why can’t he move forward now?”

In a statement to Al-Monitor, Carstens said the administration continues “to seek the Syrian government’s assistance” to help resolve Kamalmaz’s case and those of other Americans held in Syria.

“The US government remains committed to pursuing progress on Majd’s case and to pursuing all avenues to bring US citizens home,” he said.

Maryam spoke highly of Carstens’ efforts and said the “holdup” is elsewhere in the administration. She believes her father’s release will require the sort of high-level diplomacy that only the White House can greenlight.

“It has been made clear to us from previous meetings with officials that the Syrians have demanded to speak only to a senior US official,” she said. “Only a senior US official can make a decision without the hurdle of policies being in the way. That can only happen through the White House.”

Tice’s mother Debra Tice expressed similar frustrations in a December news conference, describing the White House as a “hurdle” to her son’s return. In October, the relatives of 26 Americans wrongfully detained abroad penned an open letter to President Joe Biden questioning whether rescuing their loved ones was a national priority.

The Kamalmaz family is seeking a meeting with White House national security adviser Jake Sullivan, who in a Dec. 3 video call with hostage families pledged to meet individually with the participants.

Ibrahim Kamalmaz, another of Kamalmaz’s five children, made the trip from Dubai to Washington this week for meetings with Biden administration officials. He was not granted a meeting with Sullivan.

The National Security Council did not respond to a request for comment.

Syria and the United States lack formal diplomatic relations, which has complicated efforts to free the Americans. US officials have previously relayed messages on the hostages using intermediaries, including the Czech Republic. Lebanon’s security chief, Abbas Ibrahim, has also acted as a mediator and in 2019 successfully brokered the release of American tourist Sam Goodwin.

This time last year, Kamalmaz’s children were hopeful that the change in US administration would inject fresh momentum into their search. As the months passed, Maryam pursued new leads from her home in Grand Prairie, Texas, and Ibrahim from Dubai.

A rare glimmer of hope came when they obtained a Syrian government document seen by Al-Monitor that the family believes indicates Kamalmaz is still alive. Sources inside Syria have offered them similar hope.

“It’s just been very difficult year after year, time after time, having to deal with the US government first before even being able to move a step forward in my father’s case,” Maryam said.

“We should be rest assured that our government is doing all that it can,” she said. “And yet, we’re not.”