Qatar was bestowed the status of major non-NATO US ally by President Joe Biden yesterday. 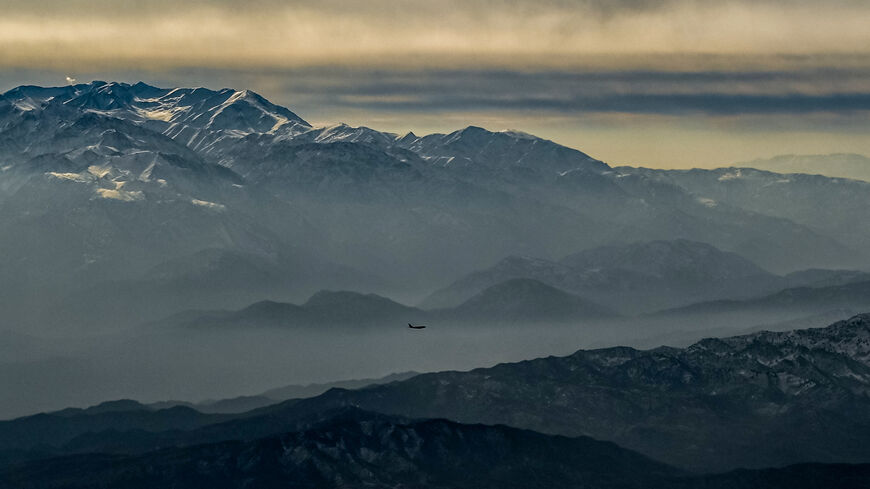 This picture taken from a passenger plane shows an airplane flying past a snow-covered mountain range near Kabul on Dec. 25, 2021. - MOHD RASFAN/AFP via Getty Images

Qatar’s government has reached a deal with the Taliban in Afghanistan to resume evacuation flights from Kabul’s airport after a months-long halt, Qatar's foreign minister said yesterday.

Thousands of foreign nationals remain stuck in Afghanistan after the Taliban’s swift takeover of the country amid a US and NATO withdrawal last year, among them are dozens of Americans. The first civilian flight carrying Americans out of Afghanistan departed for Qatar last week, NBC reported.

Flights to Doha carrying Afghan nationals who worked with the international coalition halted in December over a disagreement between the Qatari government and the Taliban over migrants seeking to travel to the Gulf country for work.

News of the deal comes just days after reports that Turkey, Qatar and the Taliban had agreed on resolving outstanding issues over jointly running Kabul's airport.

President Joe Biden announced a decision to elevate Qatar to the official status of major non-NATO US ally yesterday, lauding the Gulf country’s support for US foreign policy initiatives, including evacuations from Afghanistan.

Doha has stood in as an intermediary for US-Taliban diplomatic communications as the two do not share formal ties.

The Gulf state has enjoyed increasingly warm relations with the Biden administration after more than three years of diplomatic isolation by Arab neighbors.

The previous US administration under President Donald Trump worked more closely with Saudi Arabia, which led the Gulf Cooperation Council’s blockade of Qatar starting in 2017. The rift was formally ended early last year by US-brokered talks.

Meanwhile, Afghanistan is facing a humanitarian crisis of enormous proportions after the withdrawal of mechanisms for international aid delivery. Some 23 million Afghans, more than half the country’s population, are at risk of starvation, the UN recently warned.

The United States froze more than $9 billion in Afghan central bank assets amid the NATO withdrawal last August to prevent the funds from falling into the hands of the Taliban, which remains under US sanctions.

The UN initiated an appeal last month for some $5 billion in funds to support basic services in Afghanistan following the collapse of the internationally backed Afghan government.

During his interview with Axios, the Qatari foreign minister called for a "collective effort" among the international community to create "a blueprint for the way forward in Afghanistan."

“Because it cannot remain like this forever," he said. "Otherwise the humanitarian situation over there will be much worse and the only people who will suffer are the normal Afghan people.”