For several child workers in the Idlib countryside, the detritus of war has become their livelihood. 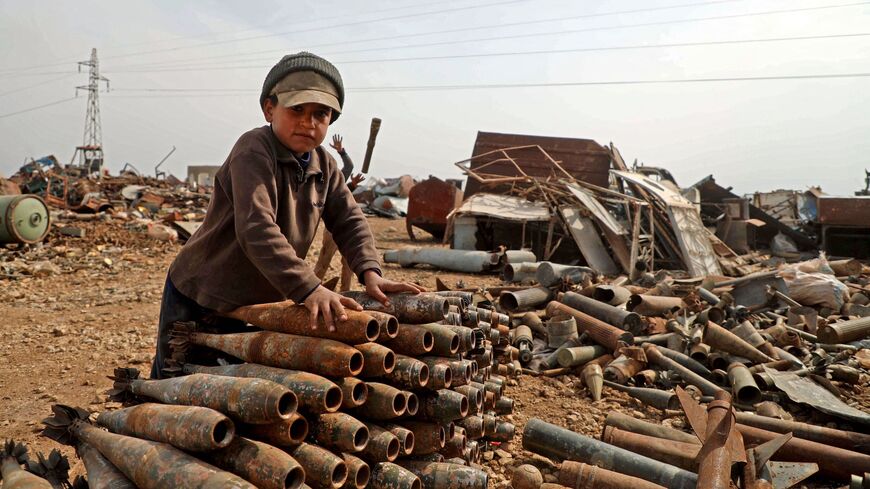 A Syrian child stacks neutralized shells at a metal scrapyard on the outskirts of the village of Maaret Misrin in northwestern Idlib province, on March 10, 2021. - AAREF WATAD/AFP via Getty Images

In the town of Ma'arrat Misrin in the Idlib countryside, a group of children including Malik Junaid, 9, and Abdul Karim al-Hamoud, 12, have found a source of income in collecting, dismantling and sorting unexploded ordnance to be loaded into cargo trucks for eventual sale.

Violence has become their livelihood. Al-Hamoud and Junaid are forced to do the dangerous work to support their families. They don't get to go to school like other children, instead rushing outside as intensified fighting and air raids bring a bigger paycheck.

A team led by Abu Malik al-Idlibi, a pseudonym, dismantles the projectiles and gathers the explosive material for transportation to a scrap yard and sale.

The children face the risk of explosions and often put in long hours of the heavy work, depending on the availability of the materials. They are often dispatched to the scenes of bombing or clashes to search through the rubble for anything useful, including ammunition from the machine guns, finding moments here and there to play.

The team sometimes receives WhatsApp messages from civilians who have found unexploded ordnance near their homes and want to sell it.

A 14-year-old worker commented that they are much busier during military campaigns and less when things are quiet. Junaid said that at first he was afraid of shells, but after he learned to disassemble them, he grew more comfortable.

According to the United Nations Mine Action Service, explosives including mines and other ordnance are very difficult to monitor and continue to threaten the lives of millions of people in Syria.

He says that poverty has forced himself and his employees work in the dangerous sites that have suffered heavy attacks.

Al-Halabi makes no secret of his fear, especially for the children, but he says the work is the only way for them to live and eat.

Some of the child workers are orphans who have been forced to support themselves and their siblings. They have become well acquainted with the various kinds of war detritus such as missile shells, mortars and cluster bombs.

The war has had a strange effect on these children, said al-Idlibi. They've come to shout in joy at the whine of an incoming missile, the sound of profit. 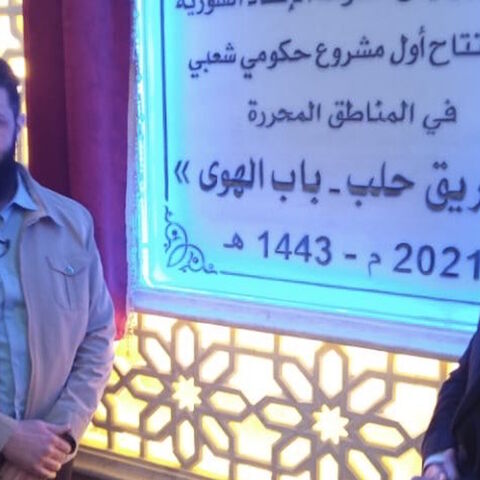 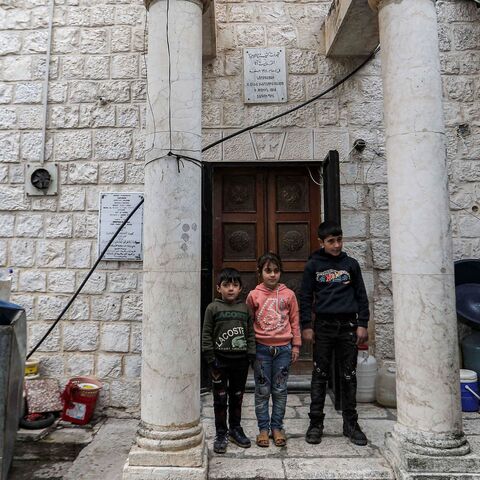