Despite warnings from some rabbis that visits are forbidden, more Jewish Israelis are ascending the Temple Mount than ever. 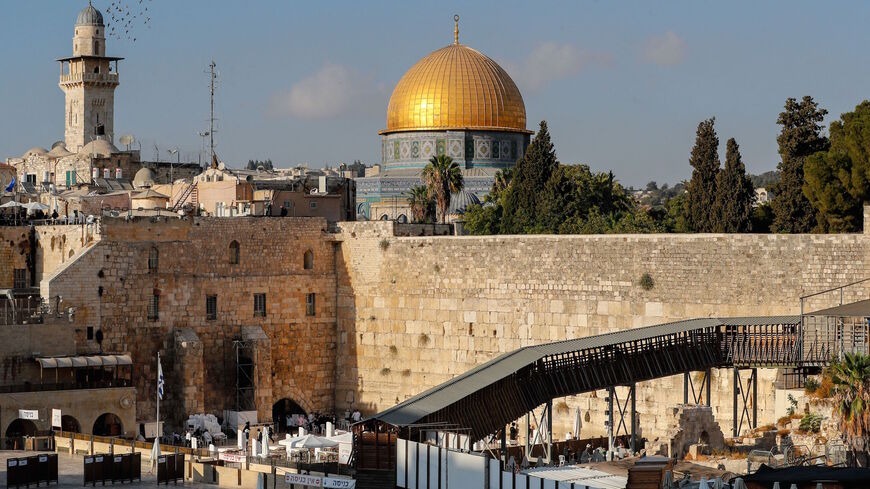 The Temple Mount is the holiest site in Jewish tradition. It is also one of the holiest sites for Muslims, housing Al-Aqsa Mosque and the Dome of the Rock, Haram al-Sharif. It is the most sensitive and volatile point in Israel and the site of many conflicts over its history.

In September 2000, opposition leader (and later prime minister) Ariel Sharon visited the site during a crisis between Israel and the Palestinian Authority, contributing to a violent uprising ensued. In 2017, two Israeli police officers were shot and killed outside the site. Israel then installed metal detectors at the entrance to the compound, outraging the Muslim world and sparking riots among Palestinians. This year as well has been marked by violent clashes in the compound between Muslim worshipers and activists and Israeli security forces. The May clashes were sparked by the efforts of Israeli authorities to demolish Palestinian homes in the Jerusalem Sheikh Jarrah neighborhood.

But even apart from the interreligious, political, diplomatic and security sensitivities, ascending the site is a complex issue within Jewish tradition. Many rabbis oppose the act for religious reasons and Jewish Israelis find conflicting signs at the site.

A warning sign reminds visitors that ultra-Orthodox and other Orthodox rabbis say it is forbidden to enter until the messiah comes. A few meters ahead, another sign greets visitors warmly with “Welcome to the Temple Mount” and details the religious laws governing the site, according to the rabbis that allow entry. They include restrictions on the areas one may visit in order not to step on the spots that according to Jewish tradition lie above the ruins of the Jewish temple. More restrictions include not visiting in leather shoes and that women must undergo a ritual bath before visiting.

In recent years relative quiet has returned to the site, and with it the visits of Jewish Israelis making pilgrimage to the place. Various organizations encourage the visits, among them the Temple Mount Administration headed by Rabbi Shimshon Elbaum, who told Al-Monitor that visits are governed by policy dictated by the state. “When Gilad Erdan was appointed minister of public security, he lifted some of the harsher restrictions and the police, which he was responsible for, became more accepting and less restrictive. In recent years there’s a rise in the number of visitors. From fewer than 2,000 a year a decade ago, we have reached 40,000 a year now.”

The main dates for Jewish visits include Jerusalem Day, which commemorates the Six-Day War and liberation of east Jerusalem; the 9th of Av, the day the two temples were destroyed; and the holidays of Sukkot, Passover and Shavuot, all traditional festivals when the temple stood. Since visiting hours are limited for Jews — between 7 and 11 a.m. Sundays through Thursdays — a busy day may see up to 1,500 Jewish visitors. About 4,000 Jews usually visit over the eight-day Sukkot holiday. Over this year's two-day Jewish New Year, more than 300 Israeli Jews visited.

All Jewish visitors, both religious and secular, enter in groups and walk in a set path from the gate dedicated to non-Muslims in the western part of the plaza toward the Mercy Gate in the Old City wall, a sealed gate that according to Jewish tradition is supposed to open when the messiah comes. From there they circumnavigate the golden Dome of the Rock Mosque and the outer wall.

Elbaum and his colleagues supply visitors with cloth shoes to replace their forbidden leather ones, coordinate with the police and make sure no weapons are brought up to the plaza.

Before they leave the site, some visitors stop for a brief quiet prayer. If someone prays out loud or makes movements of genuflection, police officers tell them to stop. In the past, doing so could lead to the person being detained and ejected from the site, as Jews are not allowed to pray there. But more recently, a warning is reportedly more common. Last July Israel’s Channel 12 filmed Jews praying silently at the site while police officers watched.

Jewish visitors are diverse. Some see the visit as exerting Israeli control over the site so it will not be abandoned to to the Muslims. Others view it as an obligatory stop on a visit to Jerusalem. One of them, Stewart Coppens, an American Jew from Vermont, told this author on a visit a few years ago, “Every stone in this place carries ancient history and a sense of spirituality — for Jews this is the source, and it’s a place you must visit.”

Ophir Dayan is a student and the daughter of settler leader, former Israeli consul to New York and current chair of Yad Vashem Danny Dayan. She is active in the political organization In Our Hands: Students for the Temple Mount, which brings together both religious and secular young Israelis. According to Dayan, the opposition she encountered when she first visited the site “sparked something more secular inside of me; a feeling that my rights were being violated. Discrimination. I decided that I’d visit the Temple Mount more frequently and I started to read more and understand the historic connection. This is the place where we became a people out of individuals. I’m not a very spiritual person but this is perhaps the only place where I feel spiritual.”