Not only was Iran's new foreign minister, Hossein Amir-Abdollahian, hand-picked by the supreme leader, he is also seen as being a true follower of Ali Khamenei's philosophy. 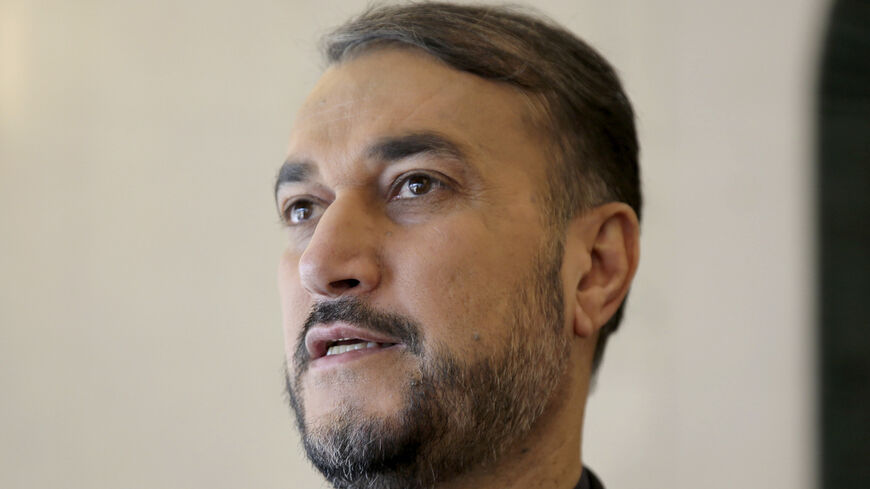 The Iranian Foreign Ministry named one of its top diplomats, Deputy Minister for Arab and African Affairs Hossein Amir-Abdollahian, as the country’s ambassador to the Sultanate of Oman back in April 2016. While the appointment was seen as a move by Foreign Minister Mohammad Javad Zarif to limit Amir-Abdollahian’s role in regional issues, the deputy minister was to assume a role in one of the most important and close Gulf nations to Tehran, a venue for the exchange of messages with the region and the world. However, the diplomat, who enjoys strong links with the supreme leader’s office, turned down the offer, and in a few weeks, departed the Foreign Ministry to assume another role: assistant to Ali Larijani, then the parliament speaker and the man who oversaw negotiating Iran’s strategic pact with China.

Many of Iran’s allies in the region regarded Amir-Abdollahian as the most prominent diplomat of the “resistance axis.” His personal relationship with Hezbollah’s chief in Lebanon Hasan Nasrallah saw the two men meeting on some occasions until dawn, per Amir-Abdollahian’s account. The diplomat and Qasem Soleimani, the late top commander in Iran's Islamic Revolutionary Guard Corps, also had a close personal relationship. Amir-Abdollahian's latest book on Syria, “Sobhe Sham” or "The Morning of Syria, was written upon the request of slain Quds Force commander.

Iran’s new foreign minister appears to be the very opposite of Zarif, his predecessor. While the latter spent most of his career in the United States developing a strong command of English and a deep understanding of the West, the successor’s career has been spent in the Middle East. He is aware of the nuanced cultural differences between people of the region, from the least details such as who prefers tea to coffee to the major sensitivities that could cause conflicts.

But like Zarif, Amir-Abdollahian was among the first Iranian diplomats to openly talk with American counterparts over a round table in 2007 in Baghdad. He also assumed the role of Iran’s ambassador to Bahrain from 2007 until 2011, when he was appointed as director of the Persian Gulf section at the Foreign Ministry, and a year later as deputy foreign minister for Arab and African affairs. It was in that position that he made his best contacts with officials and counterparts from neighboring countries.

While he was the last Iranian official to contact the team of late Egyptian President Mohammed Morsi hours before the coup that toppled him, Amir-Abdollahian himself was his country’s representative a year later at the inauguration of Abdel Fattah al-Sisi as Egypt’s new president. The diplomat seized the opportunity and stayed a few days in Cairo, where he met several Egyptian elites, perhaps most importantly the Egyptian author Mohammed Hasanein Haikal. According to his account, he met Haikal five times in the years that preceded Haikal's 2016 death at age 92.

In his book “Failure of the Greater Middle East Plan in the Wave of the Islamic Awakening,” the new Iranian foreign minister states that the developments in the Middle East and North Africa since 2011 weakened the US influence, and despite the differences, enhanced the Islamic identity among the youth and curbed Western efforts to effect social, cultural, political and security changes through “hijacking popular movements,” giving Syria as an example for such attempts. In the same book, he expresses caution toward what he calls the “US attempts to create a rift between Russia and Iran in Syria.” On several occasions, he stresses his view that relations with Russia and China should always be strategic.

It’s not a secret that Amir-Abdollahian, as every other foreign minister, was hand-picked by Supreme Leader Ayatollah Ali Khamenei. However, Amir-Abdollahian is thought to be the first fully fledged Khameneist to hold the position, in the sense of adhering to the goals of Iran's revolution while taking a pragmatic approach to foreign policy.

When he was appointed the speaker’s assistant for international relations, the impression was that Amir-Abdollahian was placed where his influence would be limited, yet he positioned himself as a shadow foreign minister in the region and a bit beyond. It was an opportunity to practice without pressure, away from the Foreign Ministry and its protocols. He was meeting delegations, organizing conferences, giving interviews and helping shape an alternative view for Iran’s foreign policy.

Given what he told the parliament during the hearings that preceded the vote of confidence, the new foreign minister will sit on the negotiating table but not treat the nuclear deal as among his country’s top priorities. Those priorities are sure to be relations with the region, meaning Arab neighbors, central Asian neighbors, Turkey, Russia, and certainly Iran's strategic partner China.

As for Iran’s allies and partners in the region, from Iraq to Syria, Lebanon, Palestine, and Yemen, Amir-Abdollahian’s personal relations with Syrian President Bashar al-Assad, Hezbollah’s Hassan Nasrallah, Palestinian factions and the Yemeni Houthi group are sure to have a huge impact on how the “axis of resistance” is going to handle Iranian interests when disputes arise, even with its traditional allies.