The US Embassy in Israel expressed concern about escalating tensions in Jerusalem between Jews and Arabs. 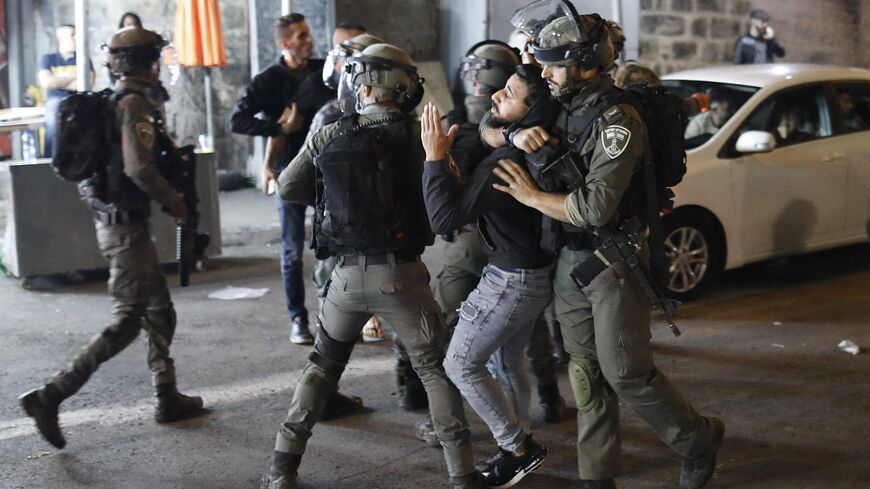 After a long night of clashes between police, Jewish far-right activists and Muslim protesters, tensions in Jerusalem are becoming an international issue.

The US Embassy in Israel expressed concern Friday over escalating tensions in Jerusalem. “We are deeply concerned about the incidents of violence in Jerusalem over the last several days. We hope all responsible voices will promote an end to incitement, a return to calm, and respect for the safety and dignity of everyone in Jerusalem,” read the statement, which was published in English, Hebrew and Arabic.

Jordan issued a statement Friday “condemning the incitement and provocations by extremist Jewish groups last night in the Old City of occupied East Jerusalem.” Jordan said it was holding Israel responsible for the violence, which has been occurring since the start of Ramadan.

Palestinian President Mahmoud Abbas condemned the clashes, blaming far-right Israelis for inciting violence under “the protection of the Israeli army and police.”

Thursday night was one of the most violent experienced by Jerusalem in recent years. More than 50 people were detained for hurling rocks and firecrackers and otherwise attacking police. Dozens of people were injured in confrontations between Jews and Arabs, including 20 police officers. Police used riot dispersal tools, including stun grenades, tear gas and water cannons to break up the Arab protest and also to stop far-right activists who tried to break through police barricades.

Riots broke out when some 300 extreme-right Jewish activists of the Lehava group marched toward the Damascus Gate, chanting “Death to Arabs.” The march took place on the backdrop of confrontations and violent incidents in recent days between Jews and Arabs in the city, especially in the environs of the Damascus Gate, outside the Old City.

Jerusalem police deployed large forces ahead of Friday prayer at the Al-Aqsa Mosque. Gaza-based Hamas and the Islamic Jihad called Friday morning for a day of rage after Thursday night’s incidents.

Jerusalem Mayor Moshe Leon said Friday, ‘’This must end, and I am in a dialogue with leaders of neighborhoods in the east of the city. We are talking with everyone in order to halt this unnecessary violence. We try dialoguing with moderate elements on both sides to exert their influence on the ensemble of (Jerusalem) residents.’’