Mediation efforts led by Iran and Hezbollah to restore ties between Hamas and the Syrian regime seem to be making progress amid rising tensions with their mutual rivals in the region. 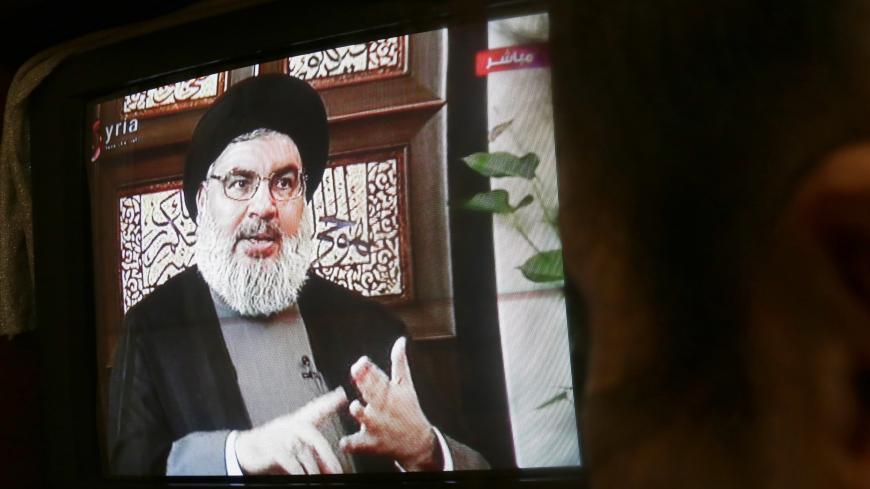 In a long interview with Lebanese al-Mayadeen TV on Dec. 27, Nasrallah said, “This relationship must be restored, but it will take some time.”

He added that his meetings near Beirut over the past few months with the head of Hamas’ political bureau, Ismail Haniyeh, tackled strategic issues including the restoration of ties with Damascus, the hostility against Iran and the Arab normalization deals with Israel.

Relations between Hamas and the Syrian regime deteriorated following the outbreak of the Syrian revolution at the end of 2011. Hamas took an impartial stance in the conflict, as it felt that its presence in Syria would come at a political price. Consequently, Hamas left the Syrian territories in early 2012.

Syrian President Bashar al-Assad accused Hamas and some of its members on several occasions of supporting Syrian opposition groups and fighting alongside them. The regime arrested some Hamas members who remained in Syrian territories and confiscated their properties and the wider movement’s assets.

Al-Monitor tried to reach several Hamas officials to ask about efforts to restore ties with the Syrian regime, but they declined to comment. Sources close to Hamas in Lebanon told Al-Monitor on condition of anonymity that the Hamas leadership has banned its officials and media spokespeople from talking to the press about the nature of the negotiations to avoid derailing them.

The sources told Al-Monitor that there has been remarkable progress in talks led by Iran and Hezbollah to restore ties with Syria. They noted that Haniyeh quietly sat down with Nasrallah more than once in Beirut in the past few months to discuss issues affecting the relations between Hamas and the regional axis led by Iran that includes Syria and Hezbollah as well as restoring ties with the Syrian regime.

The sources expect 2021 to see some Hamas leaders return to Damascus, as Hamas and the Syrian regime acknowledge the challenges awaiting them and recognize that they need to settle their differences.

In a Dec. 30 statement, Hamas condemned the Israeli shelling of Damascus that killed a Syrian soldier.

The mediation led by Iran and Hezbollah began back with the election of a new leadership for the movement in 2017, during which Haniyeh was elected as the new Hamas chief. Damascus blames the former Hamas leadership headed by Khaled Mashaal for the severed ties, as he refused to condemn the protests that emerged against the Syrian regime. Meshaal also raised the Syrian opposition flag during a Hamas ceremony in the Gaza Strip in 2012.

A member of the Iranian Parliament told Al-Monitor on condition of anonymity, “Efforts to restore ties between Hamas and Syria are moving in the right direction and soon they will actually materialize.”

He indicated that the late commander of the Iranian Quds Force, Qasem Soleimani, spearheaded those efforts before he was killed in January last year. Members of the Islamic Revolutionary Guard Corps and the Iranian regime, in cooperation with Hezbollah, are continuing the work.

The official added, “The progress in talks was accelerated by the elimination of armed groups on most Syrian territories and the restoration of the Syrian army’s control over most of the country. The Syrian regime and the other parties of the axis also understood the danger threatening the region after the assassination of [Iranian nuclear scientist Mohsen] Fakhrizadeh and before him Soleimani, in addition to cutting off the arms supply routes to the Palestinian resistance in Gaza.”

Abdul Sattar Qassem, a professor of political science at An-Najah National University in Nablus, told Al-Monitor that many reasons pushed the Syrian regime to value ​​restoring ties with Hamas, especially since Assad had categorically rejected all mediation in recent years. These reasons include US military mobilization in the region and fears that the United States and Israel would strike Iran or its allies such as Hezbollah or the armed factions in Gaza and concerns about the Syrian regime taking the remaining territory under the control of the opposition in northern Syria.

Qassem said, “Based on the information that I have because of my good relationship with certain figures in Syria and Lebanon, Iran and Hezbollah have lobbied greatly this year for Assad to relent on the issue of reconciliation with Hamas.” He said he expects Hamas leaders and activists to return to Damascus in the coming months.

Ibrahim al-Madhoun, a political analyst close to Hamas, told Al-Monitor that the gap between Hamas and the Syrian regime has shrunk significantly with the mediation efforts.

Madhoun pointed out that the recent Arab normalization deals with Israel have prompted Hamas to align itself with Syria, Iran and Hezbollah, saying he expects Hamas to further strengthen its relations with the axis in the coming months.

Hamas has made several statements about the services the Syrian regime provided to the movement when it had a presence in Damascus, particularly the delivery of a shipment of Kornet missiles to the movement and other Palestinian factions in the Gaza Strip to be used in the fight against Israel.