Majdi Khaldi, senior diplomatic adviser to Palestinian President Mahmoud Abbas, says the Palestinians are ready for an international peace conference in early 2021, noting that a Biden administration would be "more committed to international law." 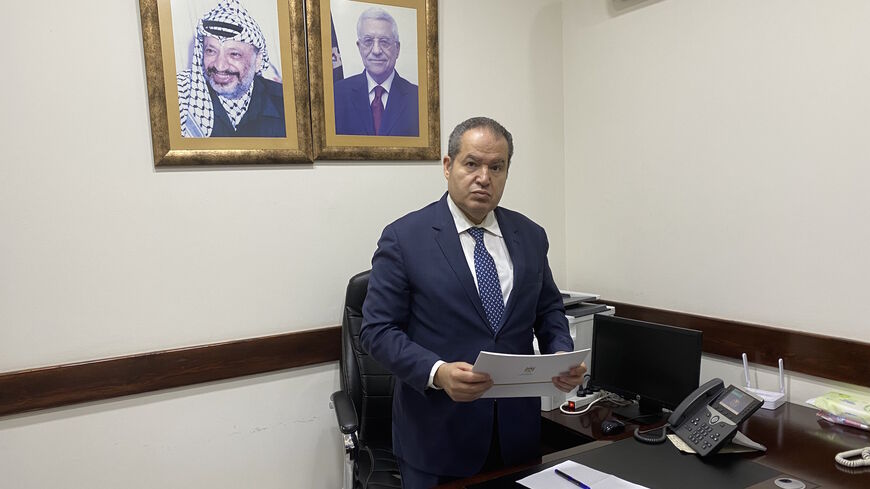 A senior adviser to Palestinian President Mahmoud Abbas has said that an international conference, in coordination with the Quartet — the United States, United Nations, European Union and Russia — should take place in early 2021 regardless of who wins the US presidential elections on Nov. 3.

In an exclusive interview with Al-Monitor, Majdi Khaldi, the most senior diplomatic adviser to Abbas, reiterated the call made by the Palestinian president to the United Nations General Assembly Sept. 27, saying, “We are open to dealing with whoever is elected as president of the United States.”

However, Khaldi had a clear message to both leaders: “We have said to the UN General Assembly that we are ready to attend an international conference in coordination with the Quartet and we would agree to that as soon as the elections are over — regardless of the winner. We want to have this conference in early 2021 after the inauguration of the new [US] president."

A member of one of Jerusalem’s respected families, Khaldi has been the senior diplomatic adviser to Abbas since 2006 in the rank of minister. He previously held senior posts in the Palestinian Foreign Ministry and the Ministry of Planning and International Cooperation.

Khaldi said that Palestinians hold on to their sovereign and independent rights and will not change plans based on who is a leader in any country. But while he noted the total boycott by the Palestinian leadership of contacts with the US executive branch, since the move of the US Embassy from Tel Aviv to Jerusalem, he conceded that talks with Americans from both parties have never ceased.

“Contact with members of the Congress from both parties has never stopped,” Khaldi said. He added that there has been no direct contact with the Biden team, but expressed optimism toward them. “We know that all US administrations and presidential candidates support Israel in different ways, but we are certain that a Biden administration would be more committed to international law similar to that of President [Barack] Obama. This does not mean in any way that a Biden administration would be less supportive of Israel,” he added.

Khaldi reflected general Palestinian displeasure with some of the Arab countries that normalized relations with Israel, saying that their action “will discourage Israel from carrying out any commitments to peace."

He noted, “All Arab countries have been under US pressure.” But he added that those countries that normalized relations with Israel “did not do it for Israel’s sake but for the sake of the United States and to help [President Donald] Trump, and out of concern as to who might come to the White House next.”

Khaldi rejected out of hand the idea of working with the leaders of the countries that normalized relations with Israel.

“The United Arab Emirates [UAE] has been negligent to the Palestine cause and they didn’t even bother to coordinate with us before they made their move," he said. He scoffed at the idea that the UAE stopped the annexation attempts of the Israelis. “It was lip service and it has since proven to be false,” he added.

The senior Palestinian diplomat also noted that US pressure had resulted in the near collective stop of Arab aid to Palestine. “In the past we had times when countries would delay making their committed transfers, but this time it is a nearly collective decision under US pressure to stop aid with the aim of getting the Palestinians to accept the US plans,” Khaldi said.

He did, however, say that not all Arab countries have acceded to the pressure, hinting that some countries are continuing their support to Palestine quietly.

Khaldi noted that there have been efforts since 2007 with Egypt and others, but these failed because of external forces. “We are more optimistic now and we have a strong feeling that elections will have positive effects on all levels. This would help us internationally; the EU member states and the international community have been calling for this." he noted.

Khaldi concluded, “All Palestinian factions accept the leadership of President Abbas and the key role of the PLO as an umbrella for Palestinian nationalism. I hope that the [presidential] decree of parliamentary elections will be issued soon and that we can stand up to any outside pressure that will attempt to derail the unity efforts and attempt to stop elections.”