The plight of Iranian diabetic patients has entered the public sphere as a shortage of vital insulin pens threatens their lives, a crisis authorities blame on US sanctions. The patients, however, link it to domestic corruption. 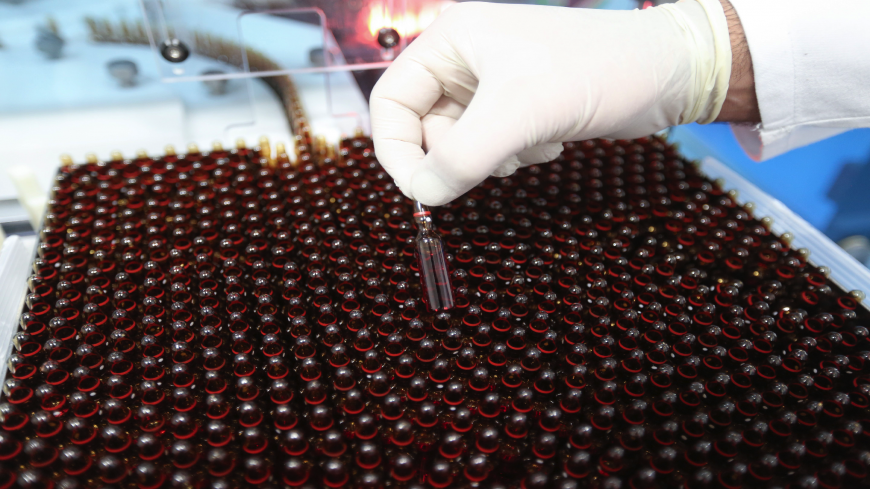 ​Iranians suffering from diabetes have in recent days shared personal stories about their desperate quest for insulin pens, a life-saving medicine that has recently become a rare commodity at pharmacies across the country.

“My mother can’t survive without insulin [pens], and I can’t survive without my mother. Is there anyone hearing our voices?” tweeted an Iranian journalist. “Dear friends, urgent need for insulin [pens], ready to pay any amount anywhere in Iran, please retweet!” tweeted another patient at a time when the medicine was reportedly sold on the black market at rates up to eight times higher.

For a large group of diabetic patients, lack of access to certain insulin doses can be tantamount to irreparable health damages, including limb amputations, heart attacks, strokes and kidney failure. Slipping into a diabetic coma and death are also consequences in severe cases.

Faced with mounting questions about the sudden scarcity, Kianoush Jahanpour, the spokesman for Iran’s Food and Drug Administration, offered a solution that only further enraged the patients: “Cut down on the dose,” he advised. For many of those patients, any reduction in the consumption of their insulin pens could disrupt blood sugar levels and thus complicate the normal treatment processes they are used to.

US authorities argue that Iran sanctions do not target the food and pharmaceutical sectors. Their Iranian counterparts, however, have repeatedly dismissed those statements. They have also blamed the same sanctions when pressed about their management of the coronavirus pandemic that has left Iran the hardest-hit nation in the Middle East.

As the scarcity of insulin pens turned into a nightmarish image and a near-death experience for Iranian diabetic patients, in neighboring Iraq authorities said they had seized 19 trucks smuggling Iranian pharmaceuticals. Iranian officials denied the reports, saying there was no evidence to prove that the trucks had originated from Iran. And the spokesman for the Food and Drug Administration unleashed a scathing attack against those criticizing government mismanagement, labeling them as “a group of charlatans … who are waging a psychological war” and “sucking up on the blood of Iranian patients.”

Yet “the biggest ever smuggling case of Iranian pharmaceuticals” highlighted the plight of Iranian patients and brought under questioning the Islamic Republic’s narrative about sanctions imposed on medicines.

According to official statistics, some 5.5 million Iranians of the country’s 84 million are registered as diabetic patients. As many as 600,000 to 1 million of those patients are insulin-dependent, meaning they need daily insulin doses to check and balance their blood sugar levels.

Less than a month before the scarcity became a public outcry, 120 medical doctors in an open letter to President Hassan Rouhani raised the alarm about the shortage of lifesaving medicines. “Despite our frequent correspondence with the Health Ministry and the Central Bank, little has been done to save the patients,” the doctors complained.

Hoarding and stockpiling vital medicines for profiteering by powerful groups connected to higher authorities remains a tough challenge for Iranian patients coping with some diseases. In 2019, Shabnam Nematzadeh, the daughter of a former industry minister, was found guilty and sentenced to 20 years in jail in a corruption case that included the manipulation of the pharmaceutical market.

Multiple revelations of fraud, mismanagement and profiteering in the pharmaceutical sector have further weakened the state’s ability to convince the public that sanctions are the root cause of the problems diabetic patients are grappling with. “The government removes the medicines from across the market to create artificial crises. … They are using people as human shields,” an Iranian tweeted.

On the availability of insulin pens, Mahmoud Najafi Arab, head of the Health Economic Commission of Tehran’s Chamber of Commerce, said Iran has in recent months augmented the stockpile at home by importing an extra 50% amount above the domestic demand. The statement fueled suspicions that part of the existing stock stays out of the distribution cycle and is hoarded or smuggled out with a green light from authorities.

Following more than a week of social media campaigning by the patients, Iranian authorities ultimately announced a limited rationing scheme for the distribution of 600,000 insulin pens as of Oct. 25. The new directive, nonetheless, triggered long queues outside designated pharmacies. Amid a deadly third wave of the coronavirus pandemic raging across Iran, the possibility of cross infections in those lines appears to have added to the concerns of the diabetic patients and reminded some people that “even for your death, you have to stand and wait in the queue.”