Many countries in the region are implementing guidelines for the upcoming Muslim religious holiday. 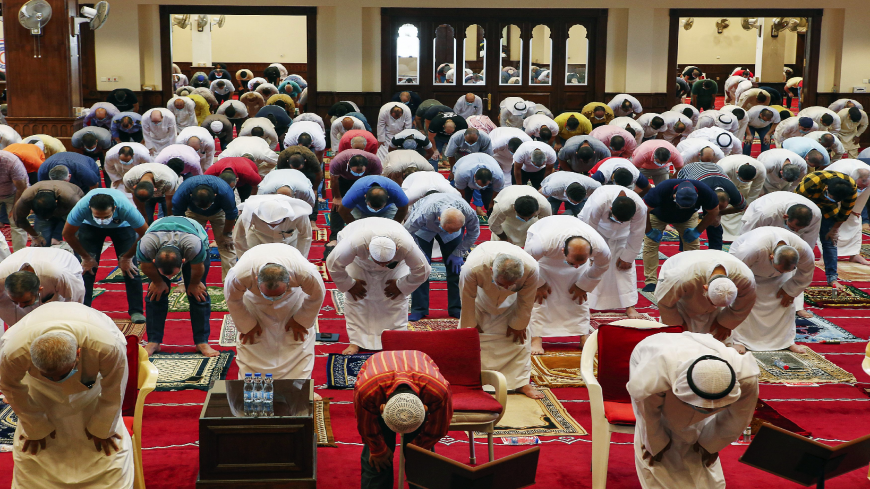 Muslim worshippers, distanced safely from each other and clad in face masks due to the COVID-19 pandemic, perform the Friday prayers at a mosque in Kuwait City on July 17, 2020. - YASSER AL-ZAYYAT/AFP via Getty Images

Kuwait announced today an easing of its curfew and permission for mosques to remain open during the upcoming Eid al-Adha holiday.

Starting on July 28, Kuwait’s nationwide ban on movement will be 9 p.m. to 3 a.m., the Center for Government Communication said in an announcement today. The current curfew is 8 p.m. to 5 a.m.

The Center for Government Communication also said state mosques will be able to hold prayers for the upcoming Eid al-Adha Muslim holiday. Eid al-Adha, which is due to begin at the end of the month, celebrates Abraham’s willingness to sacrifice his son on God’s command. The occasion typically involves large gatherings for prayers and feasts.

Other prayer rooms recognized by the state will also be able to receive worshippers, but the mosques and prayer rooms will be subject to Ministry of Health guidelines, according to the announcement.

Cases in Kuwait are still increasing, albeit at a stable rate. The Ministry of Health reported 687 new COVID-19 cases on Thursday. The daily rate of confirmed cases has been in the hundreds for several weeks, according to Worldometer.

Other countries in the region are implementing restrictions for Eid al-Adha. The United Arab Emirates ordered mosques to operate at limited capacity with social distancing in place for the holiday. Oman instituted a new curfew and a ban on domestic travel ahead of Eid al-Adha.