Intel: US offers no new funding at Yemen donor conference

The emergency aid pledged for Yemen’s humanitarian response plan at a June 2 donor conference falls short of what is needed, with the United States not offering any new funding at this time. 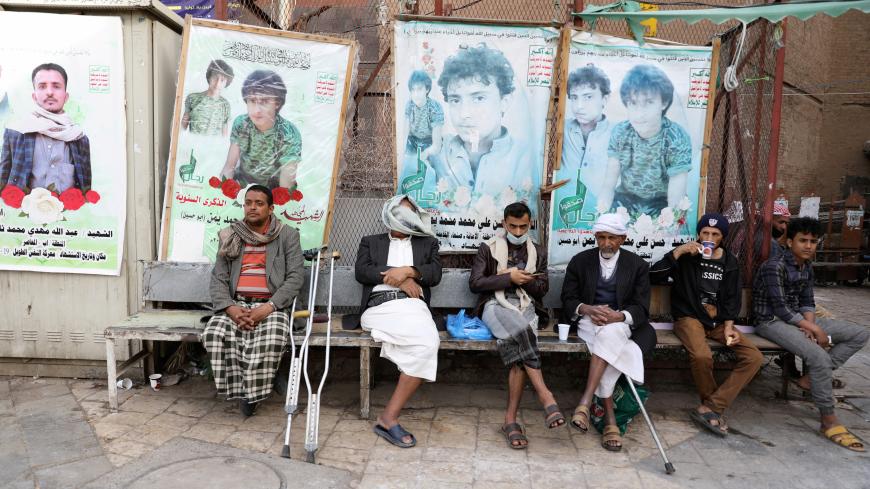 People sit at a cafe amid coronavirus spread concerns in the old quarter of Sanaa, Yemen, June 2, 2020. - REUTERS/Khaled Abdullah

During a conference of international donors June 2, the US government announced no new funding for Yemen’s humanitarian response plan, despite warnings from the United Nations that further aid cuts will worsen what is already considered the world’s worst humanitarian crisis.

The virtual pledging conference, hosted by the United Nations and Saudi Arabia, raised $1.35 billion among more than two dozen participating countries. The emergency aid is well below the $2.4 billion goal, and the $3.2 billion received in last year’s pledge drive.

“The United States greatly appreciates the other donors who stepped forward with support and funding for this important cause," US Assistant Secretary of State for Near Eastern Affairs David Schenker said during the conference. “While we’re not announcing new funding today, we are working to provide additional funding in the coming weeks.”

Schenker stressed the US government's existing contributions, noting it has provided more than $2.8 billion in humanitarian aid to Yemen since October 2014.

At the June 2 conference, other donors included Canada, which committed $40 million, and the United Kingdom, which pledged $201 million. Saudi Arabia, which is leading the military coalition that is fighting the Houthi rebels, announced a contribution of $500 million.

Aisha Jumaan, president of the Yemen Relief and Reconstruction Foundation, called the six-figure Saudi donation a public relations stunt. “The Saudis are paying for whitewashing their crimes,” Jumaan told Al-Monitor.

Airstrikes by the Western-backed, Saudi-led coalition have killed thousands in Yemen’s five-year-war, according to monitors.

Why it matters: The pledging conference comes as funding shortages have forced UN aid agencies to scale back life-saving programming. The World Food Program (WFP), which feeds millions of food insecure Yemenis each month, is now making half as many deliveries in the Houthi-held north.

The World Health Organization, which plays a major role in a country where infectious diseases like cholera and diphtheria run rampant, has stopped paying many health-care workers across the country. And this month, the UN refugee agency has said it will stop cash payments that tens of thousands of Yemenis rely on to buy clothes and medicine.

In May, the US government announced $225 million in funding for the WFP's work in southern Yemen, but didn’t specify how funding would be allocated in the north where US officials have accused the Houthis of diverting aid.

What’s next: International aid organizations say the funding pledged Tuesday is far from what’s needed to continue helping the roughly 24 million Yemenis — 80% of the population — who rely on some form of humanitarian aid to survive.

"Millions of Yemeni people are staring down the double barrel of starvation and a global pandemic. The money pledged today needs to be disbursed immediately and donors who failed to put their hands in their pockets must step up," Jan Egeland, secretary-general of the Norwegian Refugee Council, said in a statement.

Even with the new funding, the agencies say there will not be an immediate restoration of services. In the case of the UN’s food agency, a WFP official told Al-Monitor last month that there is a four-month lag to source and transport food to Yemen.