When an Israeli soldier shot to death a disabled unarmed Palestinian, it triggered an angry reaction around the world and especially in the United States, which has been dealing with its own police brutality against unarmed black men. 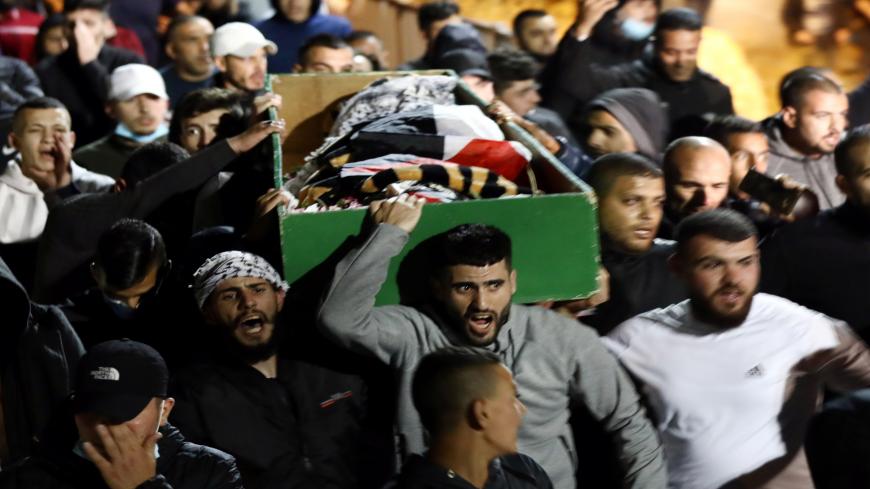 People attend the funeral of Iyad al-Hallaq in Jerusalem, May 31, 2020. - REUTERS/ Ammar Awad

As the pandemic lockdown and the Eid al-Fitr holidays were winding down, a Jerusalem resident with special needs fell victim to Israeli brutality. Late on May 30, Iyad al-Hallaq, a 32-year-old Palestinian, was excited to be going back to the center that caters to autistic persons. Two Israeli security officers shouted at Hallaq to stop, but he ran away and hid behind a garbage container. His caregiver shouted in Hebrew to the Israeli soldiers that he is a disabled person, but they paid no attention to her. They ran after him and sprayed him with bullets causing his immediate death.

Israel’s newly appointed Defense Minister Benny Gantz quickly announced an investigation into the incident and apologized for what happened. While a serious investigation is necessary to avoid a war crime investigation, PLO Secretary-General Saeb Erekat wrote in a May 30 tweet in response to the killing, “A crime that will be met with impunity unless the world stops treating Israel as a state above the law and the International Criminal Court [ICC] fulfills its mandate.”

While Israelis were trying to calm Palestinian anger, protests in Israel and around the world erupted almost simultaneously. In the United States, the death of an unarmed black man, George Floyd, by a Minneapolis policeman May 27 and captured on video, provoked comparisons with the fate that unarmed Palestinians often face.

Khalil Jahshan, executive director of the Arab Center Washington DC, told Al-Monitor that the comparison is very fair. “A picture of a Palestinian being pinned to the ground and their neck being pressed by Israeli soldiers brought to life this comparison,” he said.

Jahshan noted that we are desensitized because every day in Palestine there are similar killings. He added, “I think the militarization of the US police force, and the constant drum beat from an authoritarian leader like [Donald] Trump produced this zero-sum mindset where the security forces shoot first and yet see themselves as the victims even though they are committing the crime.”

Linda Mansour, a US immigration lawyer of Palestinian origin in Dayton, Ohio, told Al-Monitor that the death of Floyd brought back the daily images of Israeli brutality experienced by Palestinians. “The minute I saw the knee on the neck, my mind flashed to the daily images of the Israeli brutality experienced by Palestinians in Jerusalem and the West Bank, in the dark of the night and during the day ignored by the world. The aftermath images of the handling of the protests [in the United States] including the arrests, tear gas and rubber bullets are all too familiar to those of us acquainted with Israel’s tactics in the face of resistance or protests by Palestinians to the continuing brutality and slow murder of an entire society over 70 years.”

The comparisons of the killing of unarmed persons by the security has also been connected to the training in Israel by US police officers, including the very precinct in Minneapolis. Mansour said, “Since 9/11, at least 31 US states have been involved in police exchange training programs of their officers in Israel. The repressive and dangerous tactics learned include the knee on the neck.”

Veteran American Arab leader James Zogby told Al-Monitor that the killings in Minneapolis and Jerusalem have an ideological basis. He said, “Both are the tragic results of systemic racism, endemic violence against victim peoples, and the impunity with which the armed authorities carry out their violence — resulting in a license to do it again.”

The US-Israeli cooperation in training is reflected in the methods of brutality, according to well-known Palestinian novelist Susan Abulhawa. She told Al-Monitor, “US police have been receiving training by Zionist military forces, in particular the use of choking via headlocks and knees to the chest and neck, which are Israeli tactics well known to Palestinian bodies.”

Abulhawa, author of “Mornings in Jenin” and the founder of the nongovernmental organization Playgrounds for Palestine said, "[Both American and Israeli] nations are settler-colonial states nourished by intense racism.”

El Yateem, who grew up in Beit Jala, Palestine, and was the victim of Israeli army brutality and imprisonment as a young person, objected to the fact that US police are trained by Israeli police. “Israel treats the Palestinians as enemies with no rights. Killing people in the name of the law or security for no reason is a sin,” the American Palestinian pastor told Al-Monitor.

Similarities in the training and killings are also reflected in the US police’s attitudes to the press. Shooting rubber bullets at journalists, terrorizing camera persons and other anti-press freedom actions have been recorded in the way US police are dealing with nationwide protests.

A CNN reporter was arrested May 29 while covering the protests in Minneapolis. Andrea Sahouri, a reporter with the Des Moines Register, was pepper-sprayed and arrested despite the fact that those journalists and others were clearly identified as members of the press. Palestinian journalists have often been similarly harassed. The Vienna-based International Press Institute condemned the attacks on journalists covering the events in the United States.

Maysoon Zayid, an American-Palestinian actress and comedian, told Al-Monitor that the case of attacks against disabled people is commonplace both by Israeli soldiers and American police. “50% of all Americans killed are disabled,” she said.

While the context in major US cities and the Palestinian territories might be different, the security forces attempts to put down protests using exaggerated force that has led to the death of unarmed persons can’t be ignored. Political greenlighting in both cases contribute greatly to the sense that those security officers can get away with murder with little or no accountability, reflecting an inhuman racist mindset that doesn’t see the other as deserving life and the right to basic human rights.