Al-Shabab has attacked Turkey in the Horn of Africa country before due to Ankara's support for the Somali government. 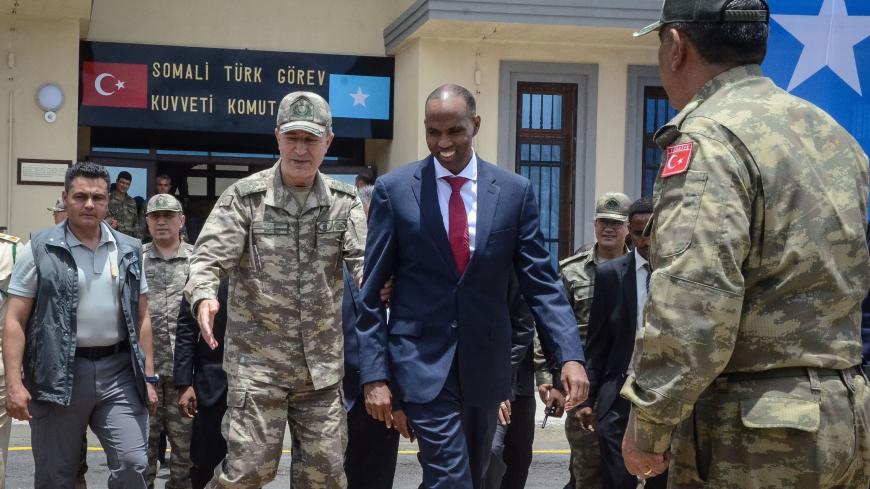 A suicide bombing killed three people at a Turkish military base in Somalia today. It was claimed by an al-Qaeda-linked group.

The bomber pretended to be a trainee at the Somali-Turkish military academy in the capital Mogadishu. Security guards shot the bomber, creating an explosion that killed the bomber and two Somali civilians, Turkey’s state-run Anadolu Agency reported.

Al-Shabab, an al-Qaeda-linked group active in Somalia, claimed credit for the attack, according to the Associated Press.

Turkey has a military presence across the greater Middle East, including in Libya, Syria, Iraq and Qatar. In Somalia, Turkey maintains one of its largest overseas bases. Turkey trains Somali soldiers there and also conducts anti-piracy operations under the auspices of the UN off the Horn of Africa. The base opened in 2017.

The Turkish base gives Turkish companies access to Mogadishu’s sea ports and the Turkish military a foothold in the strategic corner of the Muslim world.

Al-Shabab is a jihadist group with ideas similar to al-Qaeda's. It has fought the Somali state for years, making Turkey a target for them, given its strong backing of the government.

This was not the first time al-Shabab attacked the Turkish presence in the country. In 2013, al-Shabab claimed a bombing of the Turkish Embassy in Mogadishu. The group said it carried out the 2013 attack due to Turkey’s support for the “apostate regime” in the country.