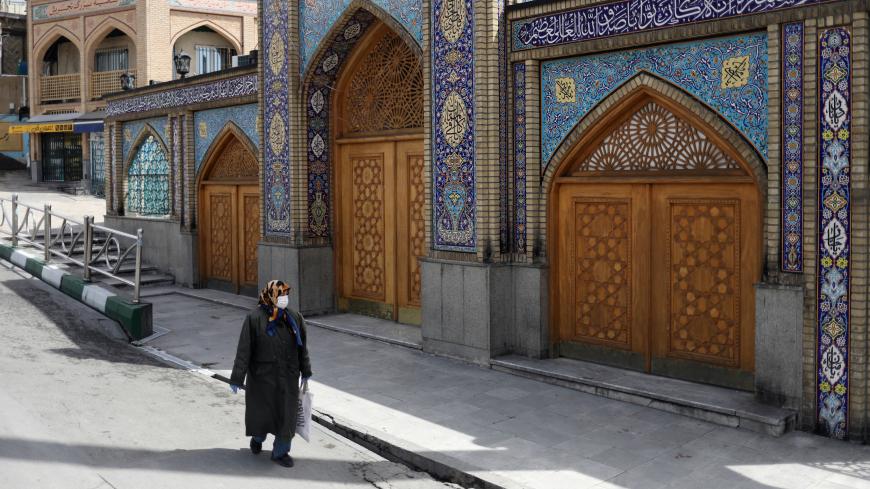 This week we highlight how women face increased vulnerability and risk of abuse during the pandemic lockdowns in the region, as well as the plight of women prisoners of conscience in Iran; how interreligious and LGBT couples are finding it even harder to connect under quarantine; and why we can’t give up on Yemen.

“Many women dare not speak out”

This trend isn’t unique to the region: There has been a troubling worldwide upward trend in domestic violence, including sexual abuse, against women and children during COVID-19 lockdowns. But there are culturally specific dimensions to it.

In Gaza, the AISHA Association for Women and Child Protection has documented a 30% increase in violence against women and 36% against children during the lockdown, as traditionally male-dominant households come under the stress of quarantine.

The closing of the courts in Gaza has made women more vulnerable, writes Hana Salah. Some divorced women are not receiving alimony, and fathers are denying mothers custody rights to their children. With the courts closed and the police focused on quarantine enforcement and other matters, there is little these women can do.

In Lebanon, there has been a 110% jump in calls to a domestic violence hotline established by the Internal Security Forces.

“Many complaints have been lodged with organizations that deal with violence against women, but many women dare not speak out for fear of their aggressors,” writes Hanan Hamdan.

The Internal Security Forces, working with the National Commission for Lebanese Women, a nongovernmental organization, launched a national campaign this month to encourage women to report domestic violence they experience or witness.

This type of government-NGO partnership can be a model of how to manage this terrible consequence of the COVID-19 outbreak, and how to raise awareness of domestic abuse and what to do about it, even after the pandemic passes.

In Iran, Leila Alikarami points out that while Iran has released 85,000 prisoners to prevent the spread of COVID-19 in the country’s prisons, two notable women’s activists, human rights lawyer Nasrin Sotoudeh and vice president of the Defenders of Human Rights Center Narges Mohammadi remain in prison.

Twenty human rights organizations appealed to Iran this week to release 25 female prisoners of conscience, imprisoned for peaceful dissent and protest, and who have been denied furlough.

“Despite Beirut’s reputation for being the party capital of the Middle East,” writes Wael Taleb, “Lebanon is still in many ways a conservative country. This includes interreligious marriages that are poorly viewed in the country, adding pressure to most interreligious relationships in Lebanon.”

More so for Lebanon’s LGBT community, which, Taleb continues, “face difficulties not felt by non-LGBT residents, and even though they are considerably freer than in other parts of the Middle East, society is still largely traditional when it comes to gay rights."

“’It makes me sad that my parents will never meet my partner,’ Hasan [name changed, told Al-Monitor], ‘In fact, the other day my father was talking about how he and his coworkers made fun of a guy because he was gay, so telling him is not the best idea.’”

“With the increasing number of domestic abuse cases in Lebanon due to home quarantine, and having to spend most of their time at home in the months to come,” Taleb concludes, “individuals such as Hasan are not eager to have any discussion about their love lives with their parents."

The Saudi-led coalition announced a one-month extension of the cease-fire in Yemen April 24, and we think that’s a hopeful kickoff to Ramadan.

The announcement follows a Ramadan appeal by UN special envoy Martin Griffiths to “put down the arms. Release all those who lost their liberty due to the conflict. Open humanitarian corridors. Focus on coordinating your efforts to help your country respond to the pandemic outbreak and other emergency needs.”

Last week this column called on “all parties, including Iran, to double down on Griffiths' efforts and back the Saudi-led coalition cease-fire. There is not a more impactful step to be taken at this time, and the stars are aligned.”

With regard to Griffiths’ plea to “release all those who lost their liberty,” those releases should include four journalists sentenced to death by the “Houthi-run Specialized Criminal Court.” The case of the four reporters has been championed by the Yemeni Journalists Syndicate, the Federation of Arab Journalists, Reporters Without Borders and the International Federation of Journalists, which has warned of legal action against Houthi officials if they carry out the sentences. Ammar al-Ashwal has the story here.

Bryant Harris reports that “the Donald Trump administration is expected to provide slightly more COVID-19 relief to Yemen after cutting $73 million in humanitarian aid for the war-torn country last month. But Washington has yet to spell out its game plan for ensuring that assistance reaches the majority of the Yemeni population given Trump’s recent decision to end funding for the World Health Organization (WHO) and the US refusal to administer assistance in Houthi-controlled territory.”

Although there has only been one case of the coronavirus reported in Yemen so far, “there are reports that other cases are being kept under wraps so as not to discourage potential fighters from joining the war,” reports Nadia al-Sakkaf.

“The Saudi-led blockade on Yemeni ports has probably helped delay an outbreak in the country,” Sakkaf continues, “and the Houthis’ military regime has appointed two lookouts in every neighborhood to keep track of any suspicious illnesses or deaths and report them to the authorities.”

“Yemenis joke that the COVID-19 virus has been traveling around the world and decided to skip Yemen because the other diseases have it covered,” writes Sakkaf.