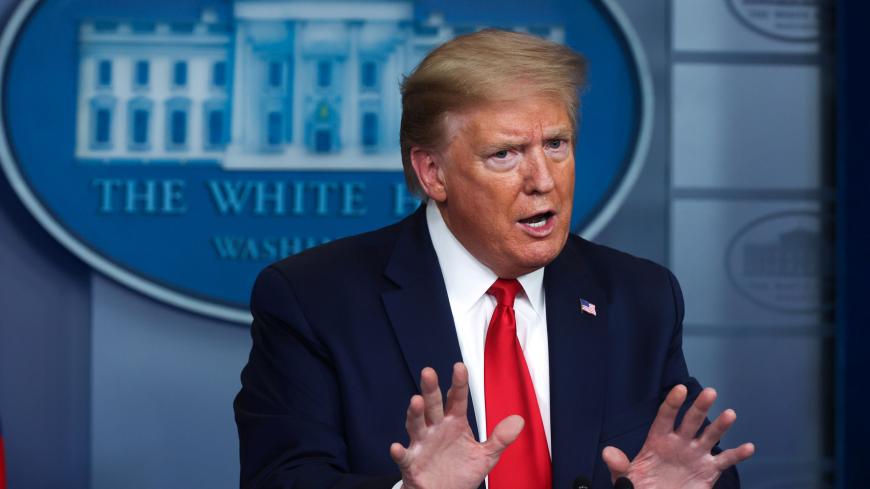 “The president and the [emir] discussed the coronavirus response in the United States and Qatar,” White House spokesman Judd Deere said in a statement. “The president encouraged the emir to take steps toward resolving the Gulf rift in order to work together to defeat the virus, minimize its economic impact and focus on critical regional issues.”

Trump also thanked Sheikh Tamim “for his ongoing efforts to achieve peace in Afghanistan.” In addition, during a separate telephone conversation today, the president called on UAE Crown Prince Mohammed bin Zayed to “take steps toward resolving the Gulf rift” while also urging “de-escalation in Libya and a sustained cessation of hostilities in Syria.”

Why it matters: Saudi Arabia has pointed to Qatar’s diplomatic ties to Iran and its regional support for the Muslim Brotherhood as justifications for the blockade. Trump initially sided with Saudi Arabia and its allies after they introduced the blockade, creating a conspicuous rift with his own State Department, which criticized the move. Shortly thereafter, following a phone call with Sheikh Tamim, the president toned down his rhetoric toward Qatar, which hosts US troops and forward headquarters at the Al-Udeid Air Base. Since then, Trump has relied on Qatar as an intermediary for Afghanistan peace talks, which culminated in the Taliban signing a peace agreement in Doha earlier this year.

What’s next: Qatar had been in talks to resolve the dispute with Saudi Arabia, Bahrain and the UAE as recently as January, but the negotiations faltered. In the meantime, the United States continues to coordinate on the COVID-19 response with all its Gulf partners.

Know more: Like the United States, Iran is also looking to coordinate with the Gulf states on COVID-19. Iranian President Hassan Rouhani held calls this week with his counterparts in Qatar and the two other less-hawkish Gulf states of Kuwait and Oman.