Egyptian production teams are racing against time to complete the TV shows they hope will bring some Ramadan cheer to Egyptian and Arab audiences during the crisis. 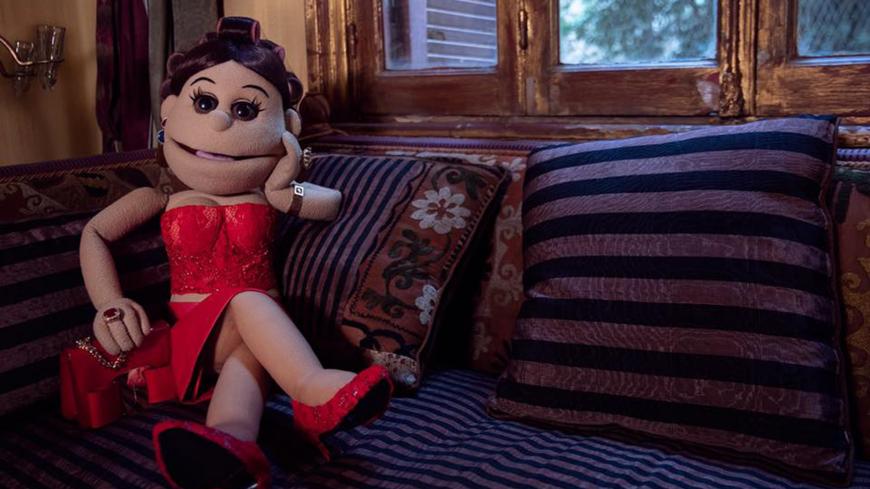 Popular satirical puppet star Abla Fahita, who is set to make a comeback this year with her acting debut in a Netflix comedy. Posted Nov. 27, 2018. - Facebook/abla.fahita

With Ramadan around the corner, TV production companies are racing to complete the much-anticipated Ramadan soaps in time for the Muslim fasting month. But for the cast and crew members, keeping the cameras rolling has been particularly challenging this year due to the restrictions in place to prevent the spread of the novel coronavirus.

In much of the Arab World, the popular Ramadan soap operas have become a staple of the fasting month. Families and friends gather around televisions at home or in coffee shops to watch the post-Iftar soaps.

Ramadan would not be the same without the shows that keep millions entertained into the early hours when it is time for Suhoor, the last meal before the following day's fast. The soaps are often the predominant topic in lively conversations at Iftar gatherings or when socializing with friends and neighbors after the meal, as is customary during Ramadan.

This year, however, those longstanding Ramadan traditions are being tested by the measures in place to stem the spread of COVID-19. The Egyptian government has imposed a partial curfew and banned public gatherings as part of broader plans to stop the virus. The action has impacted filming, which often continues well into the night and involves large crews.

"The preventive measures are a major hindrance to the production of this year's Ramadan works but like everyone else impacted by the pandemic, artists too have to abide by the new regulations for the sake of their safety and the safety of others," Ashraf Zaki, the head of Egypt's Actors Syndicate, told Al-Monitor.

"We haven't been able to work at full capacity this year and will only be able to produce 10 of the 40 shows we had initially planned on broadcasting," he lamented. "Most of these have already been filmed and are currently in the editing phase; the rest are still missing some scenes of public gatherings that will either be omitted or shot at a later date when the danger subsides."

A number of precautionary measures have been taken to ensure the safety of the crews on set, including regular sanitizing of shooting locations, disinfecting cameras and other equipment and barring travel to far-off destinations. Media Production City, where the bulk of the filming takes place, is reportedly performing temperature checks on anyone entering or leaving the premises to look for signs of fever, a key symptom of the virus.

Despite the measures, some artists like Wafaa Amer and Rania Youssef have expressed concern over filming during the pandemic. "We don't want to expose our families and children to the risk of infection. I know that people's livelihoods are at stake but stopping work for a couple of weeks is better than risking lives," Youssef said in a telephone interview on "The Insider," a show broadcast on the Saudi-owned MBC Masr Channel on March 23.

But Zaki downplayed the artists' concerns, insisting that "filming will continue."

"Any artist, director or producer who wishes to take time off during the pandemic will be replaced," he warned. “It's their choice; we cannot force anyone to work against their will."

While Youssef has since backtracked on her position, award-winning screenwriter and producer Mohamed Hefzy has postponed the filming of the last remaining episodes of the Netflix horror series "Paranormal" due to coronavirus.

"Filming has been postponed indefinitely; people's lives are more important than the show," he told Al-Monitor.

Directed by Amr Salama of “Sheikh Jackson” fame, Netflix' Egyptian drama debut is an adaptation of late author Ahmed Khaled Tewfik's best-selling horror books. Set in 1960s Egypt, the series "follows the adventures of Dr. Refaat Ismail, a hematologist, as he comes up against various supernatural events," according to The Hollywood Reporter. "Netflix fully supported our decision to stop filming even though we had nearly completed the series," Hefzy said.

In late March, Netflix announced a $100 million relief fund to help support the thousands of cast and crew members affected by the pandemic, including hairstylists, electricians, carpenters and others working for hourly wages. The bulk of the funds will go to Netflix' own production teams, many of whom have been without work since the online streaming platform suspended its shows due to the outbreak. Netflix also pledged two week's pay to its creatives in a gesture that Hefzy says has gone a long way toward helping him and his crew pull through this difficult time.

With Ramadan less than 10 days away, only a handful of shows have been completed and are ready to air. The trailers for the upcoming shows are already running periodically on Egyptian and Arab satellite channels. Ironically, the promotions on MBC all end with the common slogan "Ramadan unites us," yet it is highly unlikely that the traditional social gatherings of Ramadan will take place in this time of social distancing and self-isolation.

From "Valentino," starring comedian Adel Imam to "Second Chance," a drama with deception and betrayal as its central theme, this year's offerings promise Arab audiences the usual mix of humor and drama characteristic of Ramadan soaps.

A novelty this year is the Middle East’s first-ever science fiction series, which judging by its trailer appears to have several futuristic elements peculiar to this genre including advanced technology and mind control. Titled “The End,” the Egyptian production follows a technology engineer who seeks to put a stop to rapid technological developments, believing they will spell the end of humanity. Whether or not the series will appeal to an Arab audience remains to be seen, but the show is already being widely promoted in the Egyptian media.

Ramez Galal's long-running prank sequel to be shown on the MBC 1 satellite channel is now in post-production with editors working around the clock to meet the fast approaching deadline. The daily Ramadan show, which in previous years has featured celebrities and athletes from Egypt and neighboring Arab countries as well as a handful of international stars like Indian actor Shah Rukh Khan and American socialite Paris Hilton, completed filming in Dubai March 21. Not surprisingly, the series "is short a few episodes this year due to cancellations prompted by the coronavirus," according to Zaki. While the show has ranked number one in Egypt in terms of viewership, it has also been slammed by critics for "body shaming,” "bullying" and "sexual harassment" of some of the guests by the host. In 2017, an Al Azhar cleric issued a fatwa against the show, deeming it "unlawful" over what the sheik called its "malicious" content.

With Egyptians confined to their homes after 8 p.m. daily under the partial lockdown, the need for entertainment is ever more pressing this year. The fewer Ramadan soaps may push audiences to seek entertainment elsewhere, with online streaming services like Netflix and the local privately owned Watchit as likely choices for many. The latter, which is owned by the Egyptian Media Group, is already trying to lure new subscribers for Ramadan, announcing free services for one month starting March 25. But the country's first video streaming app, launched last year in time for Ramadan, has reportedly faced criticism for being "too expensive" and for the technical difficulties experienced by some subscribers.

The news that the satirical puppet star Abla Fahita is set to make a comeback this year with her acting debut in a Netflix comedy has millions of fans across the Arab world waiting in eager anticipation. The widow notorious for her caustic humor and sharp tongue won acclaim with her taboo-breaking show "Live from the Duplex" on Egypt's CBC channel in 2014. The show, which continued intermittently for the next five years, mocked everything wrong with Egyptian society with Fahita's lampooning of political figures, talk show hosts and even her own celebrity guests earning her a massive following on social media. But it also provoked a fierce backlash including complaints from parliament and a 2016 lawsuit alleging "indecency." Her new Netflix series is certain to contain all the elements of her previous successes: biting humor, stinging insults and a lot of crossing of red lines.

"Egyptian comedy is a great product for export after Egyptian cotton," Abla Fahita has said. "It is obvious that the world today is a sad place in dire need of laughter. Nothing beats the Egyptian sense of humor to relieve the world of its misery.”

Her words ring particularly true for her Egyptian audience struggling with the coronavirus pandemic. While Fahita's new show has been also delayed by the recent suspension of Netflix productions, the puppet comedian is back with a weekend show on the digital TV channel ONE. Running since early April, the satirical show has already broken one taboo by hosting Mahraganat singer Hassan Shakoush, who along with other Mahraganat singers has been banned from performing publicly by the Egyptian Musicians Syndicate for "offensive lyrics."