What can we learn from the left's disappointment in Gantz?

The left-wing camp is disappointed after perceiving Blue and White leader Benny Gantz as a 2020 model of late Prime Minister Yitzhak Rabin. 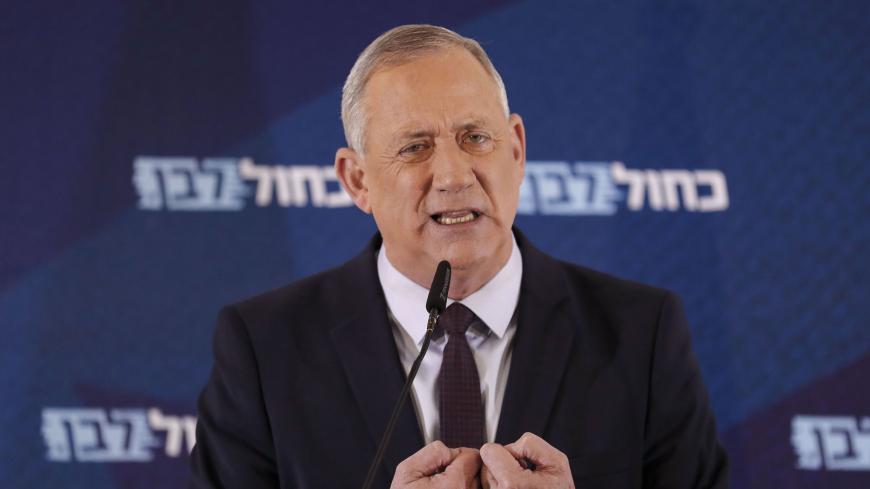 “I understand the feelings of those disappointed with me, but the reality scenario, which is more challenging than the House of Cards, forced me to do it my way. And if this is the end to my political career but I get to serve the State of Israel well, then I have accomplished something!” These were the final words of a personal message that Blue and White leader Benny Gantz sent April 1 to the many members of his WhatsApp group who have been walking around for days with a sense of shock and rage, mourning his decision to join Prime Minister Benjamin Netanyahu in a power-sharing government.

Gantz wrote that while he understood his voters’ disappointment and anger, the option of forming a minority government was not viable and his former partner in the Blue and White leadership, Yair Lapid, was wrong in refusing to realize this. The left-wing political camp rebuffed his explanations with contempt, having crowned him as its savior, a clone of assassinated Prime Minister Yitzhak Rabin who would restore the center left to power and to its glory days and finally bring down Netanyahu.

The Israeli left is at a low historic ebb and has been virtually wiped out. Not only has Gantz hooked up with Netanyahu, but Labor party Chair Amir Peretz is also on his way. Both violated explicit pledges to their voters not to join Netanyahu, but in Peretz’s case, the implication is even more significant. Gantz never portrayed himself as a left-wing ideologue but rather as a political centrist who even tried to appeal to moderate right-wing voters when he started out in politics in late 2018. Peretz, on the other hand, was the oracle of the camp, a veteran politician whose agenda most clearly reflected a social-democratic worldview. A year ago, Peretz promised to restore Labor to power. Instead, he brought the party to its worst-ever, most embarrassing performance in the September 2019 and the March 2020 elections. The party, which established the State of Israel and governed it for its first three decades, is now left with a mere three representatives in the Knesset, a near fatal blow to the Israeli left.

However, the anger at Gantz and to a great extent at Peretz is divorced from Israel’s political reality. Neither one of them could have restored the center left to power for the simple reason that this camp lacks sufficient followers in the Israel of 2020. That is why, when he entered political life some 18 months ago, Gantz did not present himself as the leader of the center-left camp. The calling card of the former military leader was as a political centrist with an inclination toward the moderate right. Gantz sets his sights on the “light right,” knowing that his way to the premiership would have to go through that constituency. He tried to attract the support of Likud party followers fed up with Netanyahu, and even of settlers, but found out over and over throughout three election cycles that these voters were not rallying to his side.

That did not stop left-wing voters and ideologues and leaders of their fast-sinking camp from getting their hopes up and seeing him as a clone of Rabin, the Labor party head who led his camp to a dizzying victory over the Likud in 1992. They refused to face the clear and unambiguous fact that Netanyahu, despite his criminal indictment for corruption, was and remains the unchallenged leader of the Likud and the large right-wing and ultra-Orthodox bloc. Their blindness lasted through three elections and reached its peak after the March 2 elections that gave the “Anyone but Netanyahu” camp a slight advantage of 61 Knesset seats vis-a-vis Netanyahu’s solid 58 (Orly Levy-Abekasis, who was originally part of the first camp, decided to switch sides after the elections).

The new camp brought together a strange grouping that consisted of the hard-line chair of the Yisrael Beitenu party, Avigdor Liberman, along with the left-wing Meretz Party and the Arab Joint List, and inflated the sails of the left with winds of an illusory victory. Liberman’s outspoken views about the leaders of Israel’s Arab minority are well known to anyone living in Israel for the past decade. He has repeatedly consigned Arab legislators to service in the Palestinian parliament in Ramallah and tarred them as a fifth column and terror supporters.

Similarly, Liberman also slandered Meretz leadership, ignoring its position as a veteran left-wing Zionist party. The left, however, once again engaged in unfounded sinful arrogance, ignoring the fact that Blue and White included distinctly right-wing Knesset members who, with all due respect to the “Anyone but Netanyahu” agenda, are more loyal to the right-wing ideology and are unwilling to support a government backed by Arab parties.

To Gantz’s credit, he realized that this eclectic, anti-Netanyahu grouping was doomed to failure and that a minority government backed by the Arab Joint List was not a viable option because it had too many opponents even in his own camp (such as Levy-Abekasis). His hookup with Netanyahu proves that he is a political realist and pragmatist. On the other hand, the furious reaction on the part of some of his voters proves that the left, too, viewed him as nothing but a tool for Netanyahu’s removal. Had they regarded him as their leader, they would not have turned on him overnight and dubbed him a traitor.

Gantz realized that a coalition consisting of Liberman, the Joint List and Meretz was skewed and unnatural. What is more, presenting Liberman as a member of the center left is a travesty of the truth. Many of his veteran voters define themselves as staunch right-wingers and would like to see Netanyahu as prime minister.

Leaders of the left and their supporters must abandon the illusion to which they have held on for over two decades that their return to power is imminent. If they want to remain viable, they must confront reality. The last time a left-wing leader was elected prime minister was 1999 when Labor party leader Ehud Barak beat Netanyahu in a knockout, but Israel was a different state then. The division between the political left and right was a clear expression of ideological camps — advocates of negotiations with the Palestinians, and opponents. Years later, and definitely in the time of the coronavirus, most Israelis do not care about negotiations with the Palestinians having had their fill of disappointments and experienced two harsh intifadas.

This might be the final call for the Israeli left to recognize reality. It must stop placing its hopes in external leaders not committed to its agenda and rebuild on its own, recognizing that this is the only way to recovery and possibly restoring itself one day as a political alternative.