Lawyers for the Turkish president have sued more than 17,000 people for what they describe as insults to the president, with more than 5,000 convicted. 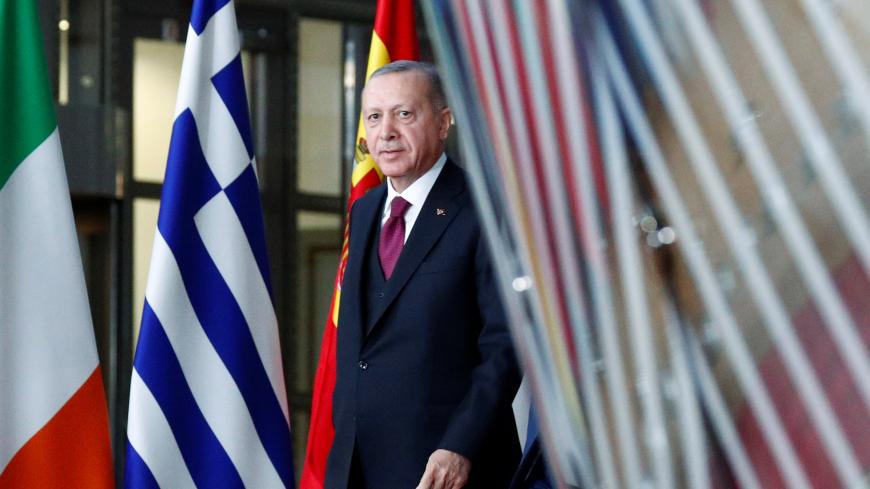 President Recep Tayyip Erdogan’s harsh rhetoric against his opponents is widely known at home and abroad. Yet a dramatic incident at the Turkish parliament last week provided insight into the fates of those who dare use the same rhetoric against him.

On March 4, a lawmaker from the main opposition Republican People’s Party (CHP) criticized Erdogan by using the same words the president used to insult the CHP leader, setting off a brawl at the Turkish parliament. A lawmaker from the ruling Justice and Development Party (AKP) punched CHP lawmaker Engin Ozkoc numerous times. A prosecutor then launched a probe against Ozkoc on charges of “insulting the president.”

Events were set into motion when Erdogan accused CHP leader Kemal Kilicdaroglu of supporting the Syrian regime, saying that “whoever casts a shadow on Turkey’s dignified struggle in Syria is dishonorable, ignoble, low and treacherous.”

That same day, Ozkoc criticized Erdogan for referring to the Turkish soldiers killed in Libya in the past month as "a few martyrs," calling Erdogan, in turn, dishonorable, ignoble, low and treacherous.

A couple of hours later, Ozkoc took to the rostrum in parliament to criticize the Turkish government's Syria policy. Angry at him for his earlier remarks, AKP lawmakers approached the rostrum during Ozkoc's speech, sparking a brawl between AKP and CHP lawmakers, who rushed to the scene to defend Ozkoc.

As if the attack was not enough, Erdogan’s lawyers sued Ozkoc for 1 million lira (some $162,000) for libel, and a public prosecutor launched a probe into the incident.

The numbers speak volumes. From 2014-2018, some 17,500 people were sued for insulting the president, according to the Turkish Justice Ministry. The offense is punishable by one to four years in jail. In 2018, some 26,000 new probes were launched, with hundreds of minors among the “suspects” prosecuted.

So-called insults against Erdogan may also have serious financial implications. Kilicdaroglu paid some 147,000 liras ($40,000) to Erdogan in compensation as result of libel lawsuits between 2009-2018, according to Turkey’s state-owned Anadolu Agency.

Many of those lawsuits have been launched by Erdogan’s lawyers. No one knows how many lawyers are working across the country to sue those who criticize Erdogan.

For example, in 2016, a Turkish citizen was sentenced to two years and four months in jail for a tweet. “Forget about the oil prices! We have the most expensive president in the world,” she wrote, lambasting the hike in oil prices and Erdogan’s extravagant spending.

“Are these lawsuits filed for insulting the president being [monitored by] a special center?" Meral Bestas, a lawmaker from the pro-Kurdish Peoples’ Democratic Party (HDP), told Al-Monitor. "How many people have been appointed to [monitor] these?” She submitted a parliamentary questionnaire in July asking the same questions, but the justice minister didn't provide answers.

Prosecutors seek to not only punish those who allegedly insult Erdogan, they also treat each individual social media entry as a separate crime. In some cases, the cumulative effects of this approach can be devastating. One citizen was sentenced to 12 years and three months in jail in September 2017 for seven separate social media entries, each of which counted as an insult against Erdogan.

So far, 60 CHP party assembly members have been investigated for insulting Erdogan in 2019. Lawsuits against 30 of those individuals are ongoing.

When it comes to insulting the president, even the defendants' lawyers are not immune from prosecution. Kilicdaroglu's lawyer, Celal Celik, argued in his defense petition to an Ankara court that his client's statements regarding Erdogan's corruption had a concrete basis and were true. Celik is now being tried for insulting Erdogan because of those claims.

The European Court of Human Rights (ECHR), of which Turkey is a party to, has a clear approach toward insulting heads of state. Politicians must tolerate criticism, and criminal liability is accepted only in exceptional cases.

For example, the ECHR ruled that France violated freedom of expression when it fined a man 30 euros for carrying an insulting placard against then-President Nicolas Sarkozy in 2008. The ECHR reviewed the case in 2013 and ruled that the French court’s decision was a violation of basic human rights.

It would not be an exaggeration to say that Turkey might be a world champion of punishing those who insult the president, so long as it is missing an independent judiciary and established culture of freedom. 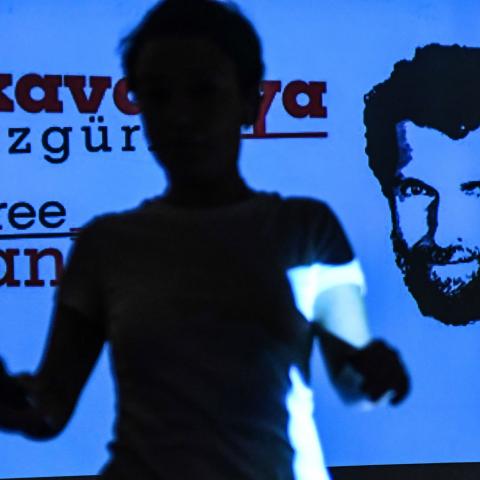