The Williams Group is the 10th firm hired by Saudi Arabia’s embassy in Washington and the ministry of foreign affairs. 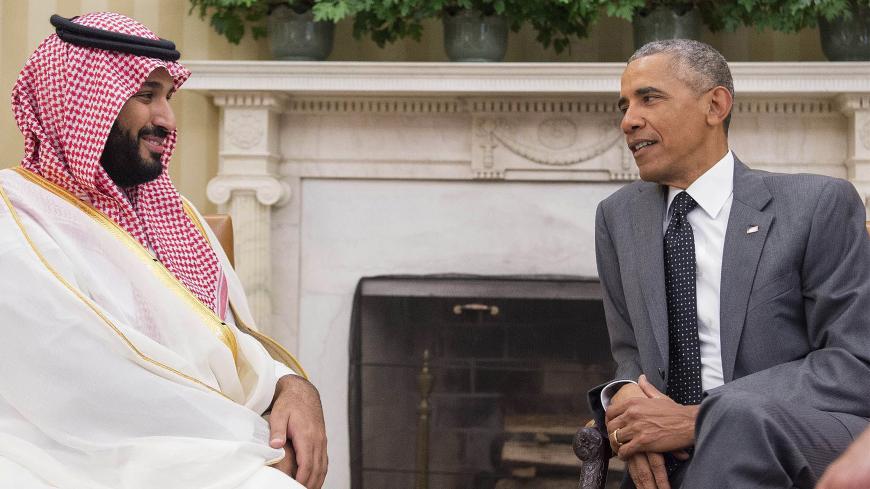 Saudi Arabia has turned to a pair of former Democratic aides to help repair relations with Capitol Hill.

The Saudi Embassy in Washington hired the Washington-based Williams Group for help “providing advice on how best to establish relationships with members of Congress and staff.” Registered to lobby on the account are firm founder Michael Williams, a special assistant for legislative affairs under President Bill Clinton, and Jennifer Stewart, a former aide to Reps. Eddie Bernice Johnson, D-Texas, and Gregory Meeks, D-N.Y., who has touted her ties to the Congressional Black Caucus.

The one-year contract, which was effective Oct. 1, 2019, but only disclosed last week, calls for the Williams Group to be paid $30,000 per month. This is the 10th lobbying firm registered to work for the Saudi Embassy and the Foreign Ministry in Riyadh. (Check out the complete list here.)

Williams told Al-Monitor that he will only provide advice to the embassy and will not lobby.

The contract comes as Saudi Arabia continues to suffer blowback on Capitol Hill for its bombing campaign in Yemen and the murder of dissident Jamal Khashoggi, particularly from Democrats. Riyadh spends tens of millions of dollars per year on about 100 foreign agents, including a roster of Republican bigwigs but not a single former Democratic lawmaker.

“It makes perfect sense for them to diversify their support base, given the extremely strong opposition to them from Congress,” said Sarah Leah Whitson, managing director for research and policy at the dovish Quincy Institute. “I think they may be recognizing that they just need to invest some more into maintaining what has been, historically, a willingness of the United States to look the other way.”

In recent months, Democrats have continued to hammer Saudi Arabia. Bipartisan efforts have included efforts to ban the sale of US weapons to the Saudi-led coalition in Yemen, which President Donald Trump vetoed, and to sanction Saudi officials complicit in Khashoggi’s murder, which failed in December after Republicans marked it as a red-line issue in negotiations over the annual defense bill.

“This is a president who has a Saudi Arabia-first foreign policy,” Rep. Tom Malinowski, D-N.J., who sponsored the bipartisan Saudi sanctions language, told Al-Monitor at the time. “This is all on the White House, and Republicans at the end of the day would not fight their own president on this issue.”

Whitson, however, emphasized the bipartisan nature of the US relationship with Saudi Arabia.