Intel: Here’s how many US troops Trump wants to keep in Syria

After months of uncertainty and ambiguity surrounding US troop levels in Syria as part of President Donald Trump’s mission to secure the war-torn country’s northeast oil fields, the Pentagon is finally disclosing a number. 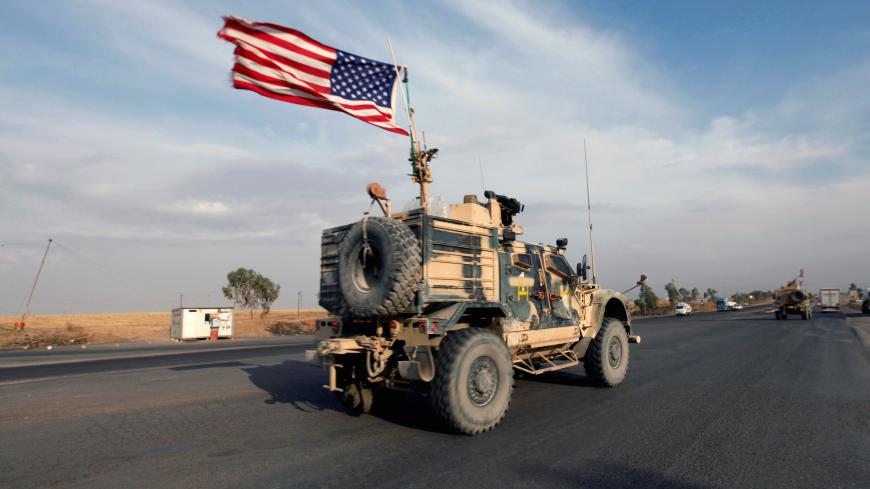 A convoy of US vehicles is seen after withdrawing from northern Syria, in Erbil, Iraq, Oct. 21, 2019. - REUTERS/Azad Lashkari

After months of uncertainty and ambiguity surrounding US troop levels in Syria as part of President Donald Trump’s mission to secure the war-torn country’s northeast oil fields, the Pentagon is finally disclosing a number. Defense Secretary Mark Esper said the United States would keep roughly 600 troops in Syria during an interview with Reuters on Wednesday.

Why it matters: Esper’s disclosure indicates that Trump is reducing troop levels in Syria by about 40% since his decision to withdraw more US soldiers from the country in October — including from the northeast border with Turkey, which led critics to charge that he greenlighted the Turkish offensive against the Syrian Kurdish People’s Protection Units (YPG). Trump argues the troops will keep Syrian oil fields from falling back into the hands of the Islamic State despite the territorial defeat of the caliphate. But the residual presence will also allow the Defense Department to continue counterterrorism operations with the YPG, a major point of contention in the troubled US-Turkey alliance.

The United States also maintains approximately 200 troops at the al-Tanf garrison in southern Syria as part of an effort to contain Iran’s land bridge across Iraq and into Lebanon.

What’s next? Trump may be scaling down US soldiers in Syria, but he has also dispatched roughly 3,000 troops to Saudi Arabia this year as part of his maximum pressure campaign on Iran. And The Wall Street Journal reported Wednesday that Trump is expected to make a decision by the end of the month on whether to deploy as many as 14,000 additional troops to the Middle East.