China looks to boost its influence in Yemen

China is capitalizing on its ties with the various actors in Yemen's civil war to play a bigger role in investing in a post-conflict Yemen. 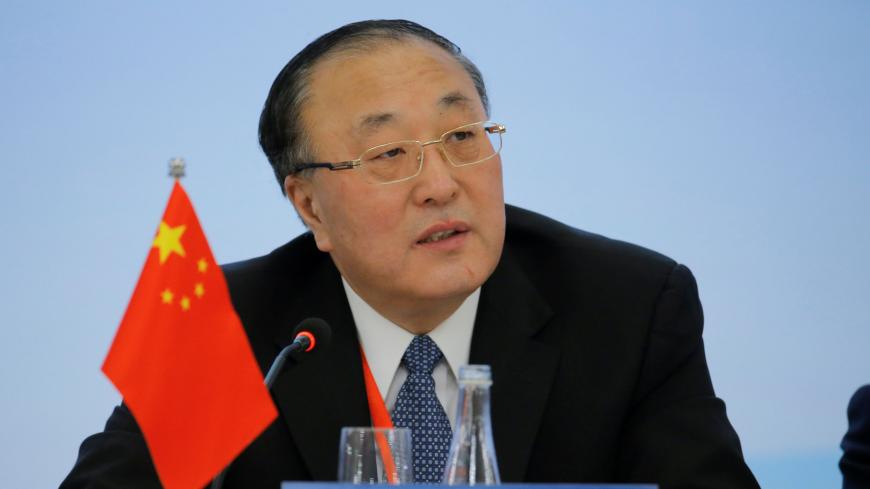 On Nov. 22, China’s Permanent Representative to the United Nations Zhang Jun laid out Beijing’s vision for Yemen’s post-conflict future. In an official statement, Zhang Jun called upon the international community to provide “tailored assistance” to improve the living conditions of the Yemeni people and highlighted Yemen as a case for China’s position that development is an effective pathway to peace and stability for countries facing internal conflicts.

Zhang Jun’s statement on Yemen was noteworthy because it was more specific than Beijing’s traditionally ambiguous calls for intra-Yemeni dialogue and a political solution to the Yemen war. The Chinese representative’s comments coincide with a broader expansion of China’s involvement in Yemen. As China possesses comprehensive strategic partnerships with Saudi Arabia, Iran and the United Arab Emirates (UAE), China has cautiously supported Yemen’s internationally recognized government, while maintaining lines of communication with the Houthis and the Southern Transitional Council (STC). China has leveraged these close diplomatic ties with Yemen’s warring factions to expand its economic presence in Yemen and in turn further consolidate its influence on the Red Sea.

Since the initial stages of Yemen's civil war, China has officially supported President Abed Rabbo Mansour Hadi’s legitimacy. China voted for UNSC Resolution 2216 in April 2015, which condemned the Houthi coup d’etat, and concurred with Saudi Arabia’s position on the unity and sovereignty of Yemen in a January 2016 joint statement. Chinese officials have also regularly met with members of Hadi’s coalition, such as Vice President Ali Mohsen Saleh, and engaged diplomatically with al-Islah, the Yemeni branch of the Muslim Brotherhood. China’s position on the Saudi-led military intervention in Yemen lies somewhere between the Russian and the US positions, as it has refused to emulate Moscow’s criticisms of Saudi conduct but also expressed greater skepticism than US policymakers about the military campaign’s viability.

In spite of its support for Hadi’s legitimacy, China has also cultivated cordial relations with the Houthis and the STC. Mareb al-Ward, a Yemeni journalist who closely follows China’s relationship with Yemen, told Al-Monitor that Chinese Ambassador to Yemen Kang Yong meets regularly with Houthi representatives. Ward noted that China’s support for republican forces during the 1962-1970 north Yemen civil war has helped create bonds with the Houthis, as Beijing has described north Yemen’s republicans as “Houthi ancestors” in informal diplomatic discourse. China has leveraged its cordial relations with Houthi representatives to convince the Houthis to accept a power-sharing agreement with the Hadi government instead of creating parallel state institutions.

China’s presence in Yemen is strengthened further by its outreach efforts to the STC. Much like its ties with the Houthis, China’s relations with the STC have historical antecedents. Former Yemeni diplomat Ahmed Atef -– a registered foreign agent for the STC's US office – told Al-Monitor that South Yemen President Salim Rubaei Ali’s “special ideological attachment to Maoism” during the 1970s laid the foundation for the STC’s current close relationship with China, and the STC’s representative in Riyadh Adel Al-Shibhi periodically engages with Chinese officials. China’s engagement with the STC has not consisted of support for south Yemeni independence but instead hinges on Beijing encouraging the STC to uphold the Riyadh agreement’s power-sharing arrangement with the Hadi government.

In contrast to other countries that have embraced a multi-vector approach to the Yemen civil war, like Oman and Russia, China has not leveraged its close ties with Yemen’s numerous warring parties to assume a mediation or dialogue facilitation role. Instead, China has capitalized on these diplomatic ties to ensconce itself as an investor in Yemen's economy. China’s economic interests have become codified into official policy, as Beijing supports the inclusion of Yemen into its Belt and Road Initiative (BRI) and stated that it “stands ready” to participate in the economic reconstruction of Yemen.

China’s efforts to integrate Yemen into the BRI largely run through southern Yemen, which acts as a bridge between the Arabian Peninsula and the Horn of Africa. According to Ahmed Atef, China views the Gulf of Aden as a strategically important location for the BRI, and Beijing is seeking to reprise its Cold War-era infrastructure construction projects in Aden. In order to protect these investments, China is leveraging its close ties with the Hadi government and the STC to potentially expand its role as a security provider on Yemen’s Red Sea coast. Ward noted that Chinese policymakers are eyeing a military base on the Yemeni island of Miyun, near the entrance to the Bab al-Mandeb Strait, as part of “its vision to boost its presence on the Red Sea.”

To complement these infrastructure investments, China has paid greater attention to Yemen’s economic development needs. To help ameliorate Yemen’s humanitarian crisis, China has provided food aid, which consisted of the transfer of two 1,200-ton rice shipments between March and May 2019. China has also urged international donors to provide the $2.6 billion in assistance pledged at a February 2019 conference hosted by the United Nations.

China’s efforts to ameliorate extreme poverty in Yemen have occurred in tandem with investments that facilitate the diversification of Yemen’s war-ravaged economy. Mohammed Baharoon, director general of B’huth, a policy research institute in Dubai, told Al-Monitor that China has been exploring investments in “refineries and desalinization projects.” Baharoon argued that these investments had a good chance of succeeding, as Chinese companies were respected in Yemen for their “speed of delivery and competitive prices.” Yemen’s UN-recognized government has also courted Chinese investments in the oil and gas sector and sought to revive its pre-war agreements with China in these spheres. China’s willingness to invest in Yemen during a period of political crisis increases its soft power across the country and reinforces its close ties with all of Yemen’s major warring factions.

Although China officially supports the Hadi government’s legitimacy, Beijing’s engagement with the Houthis and the STC is inextricably linked with its desire to expand its economic presence in Yemen. As China seeks to expand its influence in the Middle East and assert itself as a great power in the Red Sea region, Beijing will likely deepen its involvement in Yemen in the months to come.