Russia gains influence in Palestine at US expense

Russian and Palestinian delegations signed several bilateral agreements in the fields of development, trade, education and energy, among others. 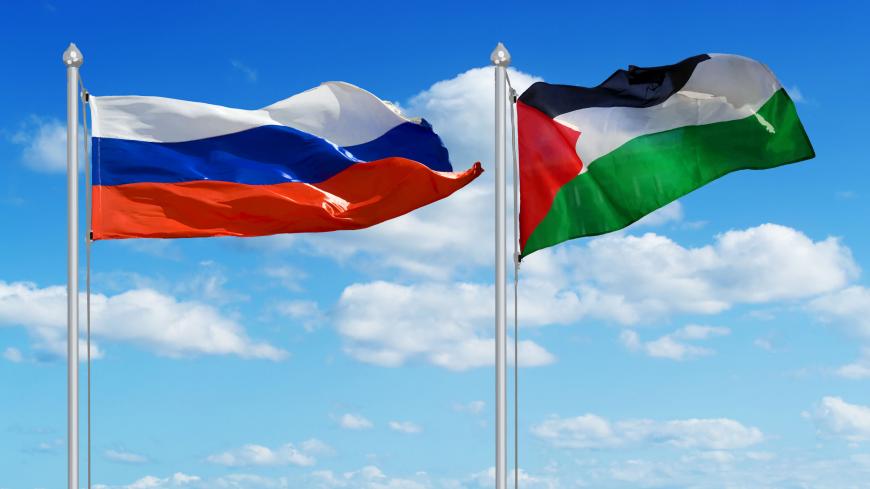 GAZA CITY, Gaza Strip — Russian-Palestinian bilateral cooperation is progressing in the economic, trade and development fields. During the annual conference of the Palestinian-Russian Joint Committee held in Moscow Nov. 21-22, the two countries signed the largest ever package of new bilateral agreements between the public and private sectors of both countries in various fields, most notably economy and trade, industry, agriculture, information technology, energy, tourism, employment, education and investment.

It was the fourth annual conference of the Palestinian-Russian Joint Committee, established in April 2015 by the Palestinian and Russian governments to improve economic and developmental cooperation between Palestine and Russia. In 2016, 2017 and 2018, the two countries agreed on mutual recognition of various quality standards and certificates of conformity, signed memorandums of understanding in the fields of customs and tourism cooperation and reached understandings granting the PA Russia's political support in international institutions.

Palestinian National Economy Minister Khaled al-Asaily, who represented the Palestinian side in these agreements, said in a speech at the conference, “Our leadership and the Palestinian government face many financial and political challenges arising from the Israeli occupation supported by the US administration, which has become a partner to the occupation with all its illegal practices and policies, the latest of which was the US position on the legality of Israeli settlements in the West Bank.”

Nofal said these agreements are part of the Palestinian government's plan approved in February 2018 for economic disengagement from Israel. Per the plan, the government stopped the importation of nine Israeli goods on Sept. 20, 2019. He said that under the agreements, Palestine would begin importing new goods from Russia such as vehicles, raw materials and livestock.

“The markets of the Eurasian Economic Union, which includes Russia, Belarus, Kazakhstan, Armenia and Kyrgyzstan, will be opened starting in February to Palestinian goods, most notably marble, dates and crops such as strawberries, with full exemption from customs duties,” Nofal added.

Nofal said the volume of Palestinian-Russian trade is still very modest at $70 million in 2018, but he expects this figure to double following the agreements.

On the development level, Nofal pointed out that the agreements between the two countries stated that Russia would take practical steps to establish industrial cities in the Palestinian territories and invest in alternative energy and oil and gas exploration in Palestine, as well as provide support for the establishment of a multipurpose professional center in the town of Birzeit north of Ramallah to promote vocational education in Palestine.

In the cultural and educational fields, the sides agreed to establish relationships between Palestinian and Russian schools and to prepare to establish Russian language schools in various Palestine cities an effort to increase Russian tourism to Palestine. There will be scholarships for Palestinian tour guides to learn Russian, Nofal added.

The agreements between Russia and Palestine come alongside a deteriorating relationship between the PA and the United States. A series of decisions by the administration of US President Donald Trump, starting with recognizing Jerusalem as the capital of Israel in 2017 and most recently the Nov. 19 change in the US position on Israeli settlements in the West Bank, has substantially cooled US-Palestinian ties.

“The Palestinians are trying to get Russian developmental support in the Palestinian territories to make up for the absence of the annual $350 million in US support that has been completely stopped since July 2018 by Trump's order,” Nofal said.

He added, “We see Russia as a strategic ally on the political and economic levels. The Russian political position is supportive of the Palestinian people, the option of a two-state solution and the pursuit of an independent Palestinian state with East Jerusalem as its capital. The US has abandoned all such support.”

PA President Mahmoud Abbas met with Russian President Vladimir Putin during his 2018 visit to Moscow, where they discussed strengthening cooperation between the two countries. Putin is scheduled to visit the Palestinian territories to meet Abbas early next year.

Osama Amro, head of the Palestinian Businessmen Association, told Al-Monitor, “In addition to the agreements signed by the Palestinian and Russian ministries, the private sectors in the two countries have concluded dozens of bilateral agreements to exchange experience in various fields, notably leather products, metal, wood and pharmaceuticals.”

Nael Moussa, an economics professor at An-Najah National University in Nablus, told Al-Monitor, “The PA is seeking to expand its cooperation with Russia since it is one of the world's largest markets and is able to stand up to Israel if the latter impedes the implementation of these agreements in the Palestinian territories, given the significant Russian role in the Arab region.”

Moussa described the PA’s efforts toward economic disengagement from Israel as “bright,” adding, “Openness to the world will create a competitive market for Palestinians that gives them greater opportunities to choose less expensive and better quality goods, which is much better than having one source of imports, Israel.”

Meanwhile, Amro believes that Russia alone will not be able to meet the Palestinians' needs of goods and industrial expertise as they work to disengage from Israel. He said similar agreements should be made with as many countries as possible.