As a residual US troop presence arrives in Syria, some Donald Trump administration officials are worried that the president himself may once again reverse his decision to leave troops in the country. 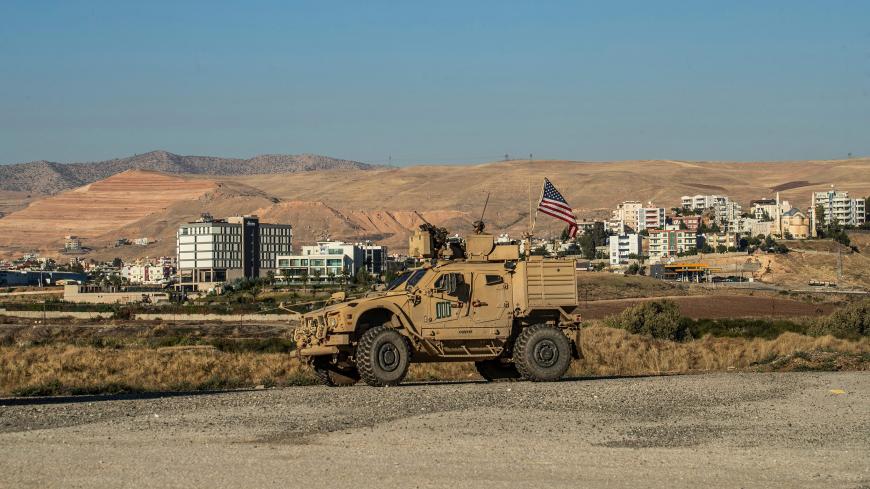 Even as American convoys rolled up to oil fields in the eastern province of Deir ez-Zor over the weekend, officials inside the Donald Trump administration worried that the president could again reverse course on his on-again, off-again decision to keep US troops in Syria.

Asked whether the Pentagon was worried that Trump might reverse his decision, a senior administration official answered, “Yes.” The official added, “There is a lot of concern [that] he will.”

Trump has three times called for US troops to leave Syria, first in April 2018 and then in December, culminating in an October call with Turkish President Recep Tayyip Erdogan that led to a Turkish incursion into Kurdish-held northern Syria. But each time, the Defense and State Departments have salvaged a residual presence despite Trump’s push for a full withdrawal.

But Trump’s back-and-forth track record on Syria has made administration officials worried that the commander in chief could order yet one more hasty withdrawal. Asked if 900 US troops that have reentered Syria after a majority of American forces left would be a sustainable number, the senior official said Trump “may not think so.” Al-Monitor’s Amberin Zaman first reported on the potential of a residual American troop presence in Syria in October.

Amid fears that Trump may again reverse his decision, a National Guard unit from South Carolina traveling in armored vehicles first arrived in Syria late last month, sparking concerns from experts that the reserve unit might not be prepared enough to handle looming military threats to the eastern oil fields that surfaced as a major worry for the Trump administration in October.

On Sunday, artillery shells landed near an American convoy traveling through northeast Syria, a US-led coalition spokesman told Al-Monitor. The Russian Defense Ministry reported that the shelling came from Turkish-supported groups posted along the M4 highway near Kobani, though the coalition did not confirm those details.

But the shelling — the second time in a month that American troops have come within close range of Turkish artillery — could raise more questions about the safety of US troops. CNN reported Saturday that commanders guarding the oil fields remain unsure of their battlefield orders or rules of engagement, as the security situation on the ground has grown ever more complex.

“There is no presidential guidance. They’re kind of just flapping in the breeze,” said Aaron Stein, director of the Middle East program at the Foreign Policy Research Institute. “They probably wanted more but they’re afraid to ask for more because he [will] reverse. It all just stems from the Trump factor.”

Meanwhile, a cease-fire that US officials said has been violated by Turkish-supported proxies since almost the moment it was signed by Vice President Mike Pence and Turkish President Recep Tayyip Erdogan on Oct. 17 appeared to teeter on near-collapse, as locals in the Kurdish-held city of Kobani feared a fresh advance.

Trump ally Sen. Lindsey Graham, R-S.C., the author of biting sanctions against Ankara that are moving through the Senate who has called for Syrian Democratic Forces (SDF) commander Mazlum Kobane to visit the United States, has said that a renewed Turkish offensive into the city, where the Barack Obama administration first authorized the use of airpower in 2014 to target Islamic State (IS) militants, would force tougher US condemnation.

Graham tweeted Thursday that a Turkish attack on the Kurdish-held city “will sever what’s left of the U.S. Congress/Turkish relationship”; the South Carolina Republican has been pushing for stepped-up sanctions on Ankara.

But even before the renewed push toward Kobani, home of the evacuated military headquarters of the US-led coalition to defeat IS, it appeared that the American alliance with the Syrian Democratic Forces was facing serious strain from the Turkish incursion, which the Kurdish-led force has repeatedly called a betrayal.

"There was a point of no return once the Turks crossed the border and US forces began withdrawing," said Melissa Dalton, a senior fellow at the Center for Strategic and International Studies and a member of the congressionally-mandated Syria Study Group. "The trust which is at the core of any by, with and through relationship was shot." Trump, Dalton said, is likely to weigh in on the US presence again, and "has been clear that there’s no longer compelling reasons for the US to be there."

Yet engagement with the Kurdish-led group has continued. After meetings between the SDF’s political chief Ilham Ahmed and Trump administration officials, the United States believed it had a deal with Kobane for the group to continue the IS fight in exchange for a limited presence of American troops guarding the eastern oil fields at al-Omar and Deir ez-Zor city, highlighting the intelligence cooperation with the group that led to the raid that took the life of IS leader Abu Bakr al-Baghdadi last month.

Yet Ahmed and other top Kurdish officials have contradicted that line publicly, insisting the United States must stop the Turkish incursion to keep the SDF in the IS fight. American officials acknowledged that keeping up the terror fight would be difficult with Turkey probing deeper into Syria.

“As a practical matter it might be,” the senior official said. “They can’t focus on the [IS] fight if the second-largest army in NATO is attacking them.”

Over the weekend, the Turkish Defense Ministry blamed the Kurdish People’s Protection Units for a car bomb in the city of Tell Abyad, killing 10 people. If confirmed, the attack could signal a shift toward insurgent tactics to fight the Turkish incursion.

While the United States began to deploy troops to Syria’s oil fields, experts said it wasn’t clear what the Trump administration would do with the petroleum, which the Bashar al-Assad regime has long sought to seize. SDF-linked groups say they have long sought an exemption to general US sanctions on Syria that would allow them to pump the oil with America’s blessing, but without luck.

“A bit like Iraq WMD [weapons of mass destruction sought in 2003], we can't seem to find the oil in [northeast] Syria,” Michael Knights, a fellow at the Washington Institute, wrote on Twitter on Monday after pictures of American troops and armored vehicles guarding a Syrian pumpjack at Rmelian oil field surfaced on social media. “Could its existence have been, say, exaggerated a bit?”