Iran and China have much to offer each other, though on a limited basis. 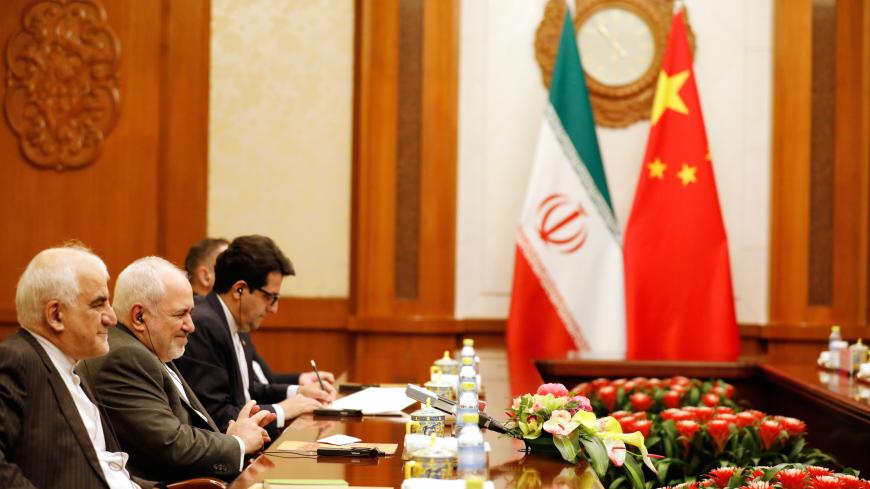 During the Oct. 21 trip, Iranian leaders described relations with China as strategic and called on Beijing to play a more prominent role in the Middle East. They also highlighted the achievements of the so-called "Axis of Resistance" (Iran, Syria and Lebanon’s Hezbollah) in altering the balance of power in the region.

Jun also talked about the importance of stability in the region for China and the necessity of peaceful relations between rivals Iran and Saudi Arabia.

Tehran and Beijing — both considered rising and revisionist powers, close partners and potential allies — have common strategic interests in influencing the new regional order in the Middle East. Moreover, the United States’ concurrent pressure on both countries has provided new ground for cooperation.

Unlike the United States and its allies, China views Iran as “part of the solution” for peace and stability in the Middle East. For its part, Iran, which has traditionally opposed the intervention of great powers in the region, encourages China to become more active.

In recent years and during the Syrian civil war — which has been an instrumental event for changing the balance of power in the region — Iran and China have both supported Syrian President Bashar al-Assad, as has Russia. Iran assisted Assad militarily, politically and financially, while China blocked UN Security Council resolutions against Syria seven times.

Also, China's influence in the Iranian nuclear crisis, another critical turmoil in the Middle East over the past 10 years, has been gradually increasing. China has become Iran's top trading partner, the primary source of technology transfer to the country and the largest market for Iran’s oil exports. Iran has increasingly relied on China to reduce the consequences of US-imposed sanctions.

In recent months, Iran has been pursuing active security diplomacy with China. For the first time in 40 years, the Iranian armed forces chief of staff traveled to China. After his September visit, Maj. Gen. Mohammad Bagheri announced that a joint naval drill with China and Russia will be held soon in the Gulf of Oman.

From the 1979 Iranian Revolution until 2018, China exported arms worth $4.25 billion to Iran, becoming Tehran’s No. 2 arms supplier. Though China recently stopped providing arms to Iran, the latter plans to revive that relationship if the UN’s arms embargo on Iran expires in October 2020 as scheduled.

Iran has fewer options than its rivals within the dynamics of the Middle East's military balance, making China even more valuable to Tehran.

Despite mutual understanding and interests, Tehran and Beijing are facing practical challenges to deepening bilateral cooperation. The two countries’ power-projection strategies, strategic choices and concerns, and the dynamics of their relations with the United States are different in meaningful ways. China is pursuing a geo-economic power-projection strategy: Its main strategic concerns and priorities are limited to East Asian affairs, and it seeks to avoid tension with the United States. For instance, since the US withdrawal in May 2018 from the nuclear deal, key Chinese state-owned enterprises pulled backed from trade and investment in Iran.

Iran, on the other hand, is pursuing a geopolitical power-projection strategy: Its main strategic concerns and priorities are the Levant and the Persian Gulf, and it considers the United States an existential threat. Moreover, while Iran is deeply engaged in the Middle East, greater strategic involvement in this region is not a top priority for Chinese policymakers.

China is seeking to maximize its economic ties and interests in the region and trying to keep its relations with Saudi Arabia, Israel and Egypt stable. Accordingly, Beijing’s leaders will do whatever it takes to prevent a severe downturn or tension in its relations with these countries. Thus, China remains cautious about establishing closer ties with Iran. For instance, China is expected to limit its involvement in the planned joint naval drill with Iran and Russia to noncombat forces, making clear its desire not to be drawn into Middle East conflicts.

As geopolitics evolve in the Middle East, Iran and China are becoming strategic partners, but their partnership in areas like security and political cooperation is expected to produce only mild developments. As the two countries are counted as rising and revisionist powers, the zone of convergence in their interests is likely to expand.