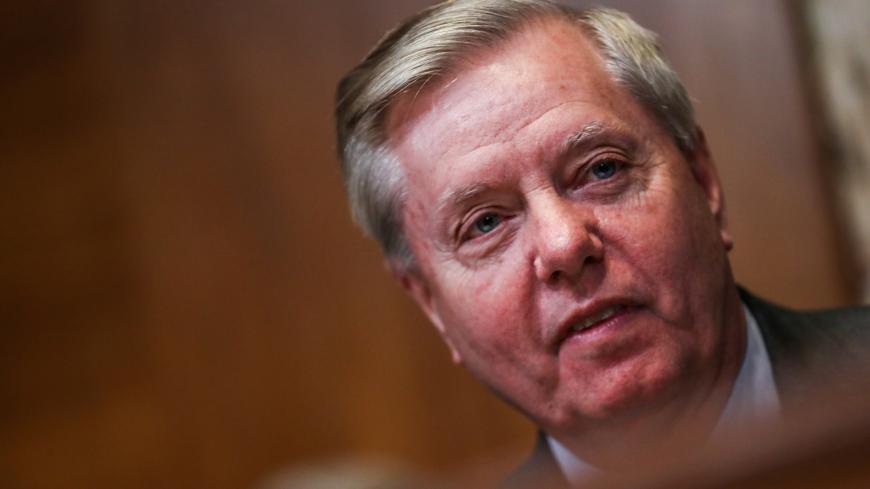 “While the administration refuses to act against Turkey, I expect strong bipartisan support,” Graham wrote while releasing the sanctions outline on Twitter.

Why it matters: The bill includes harsh sanctions on the US ally — sanctions that are usually reserved for US adversaries such as Russia.

In a bid to isolate Turkey’s defense sector, the proposed sanctions would target anyone who “provides financial, material or technological support” or engages in any transactions with the Turkish military. It also bans the sale of US defense equipment and ammunition to the Turkish military. Furthermore, the sanctions would target anyone who supports elements of Turkey’s oil and natural gas industry that support its armed forces. The bill would freeze the assets of seven top Turkish officials, including Erdogan, while banning Turkish leaders from entering the United States.

In a further rebuke of Trump, the bill clarifies that Turkey’s purchase of Russia’s S-400 missile defense system is subject to sanctions under the 2017 Countering America’s Adversaries Through Sanctions Act (CAATSA). Although Turkey began accepting the S-400 delivery in July, Trump has so far refused to implement the legally mandated sanctions. Graham was previously one of the few Republicans to side with Trump in delaying the CAATSA sanctions on Ankara — until Turkey launched its offensive this week.

What’s next: Graham and Van Hollen hope to secure bipartisan support for their proposed sanctions and plan to introduce the full bill when Congress reconvenes next week.

But Trump has other ideas. He has invited Erdogan to the White House for a meeting in November. And in a recent tweet he praised Turkey’s contribution to the F-35 coproduction program — without mentioning that the United States kicked Ankara out of the program in July over concerns that radars on the S-400s could allow Russia to spy on the US fighter jet. He also praised Turkey for dispatching troops to Syria’s Idlib province to counter Damascus and for releasing the evangelical pastor Andrew Brunson after detaining him for two years on fabricated charges.

Know more: Look to Al-Monitor for the latest on Turkey’s Syria incursion. Senior Correspondent Amberin Zaman has an overview of the operation while Pentagon Correspondent Jack Detsch outlines how the incursion has halted the US mission against the Islamic State. And read Congressional Correspondent Bryant Harris’ report on how Trump’s green light has angered even his closest allies on Capitol Hill.