Palestinians preparing for their day in court against Israel

The Palestinian leadership is preparing briefs to present to the International Court of Arbitration in The Hague to address Israeli violations of the Paris Protocol, which governs their economic and trade relations. 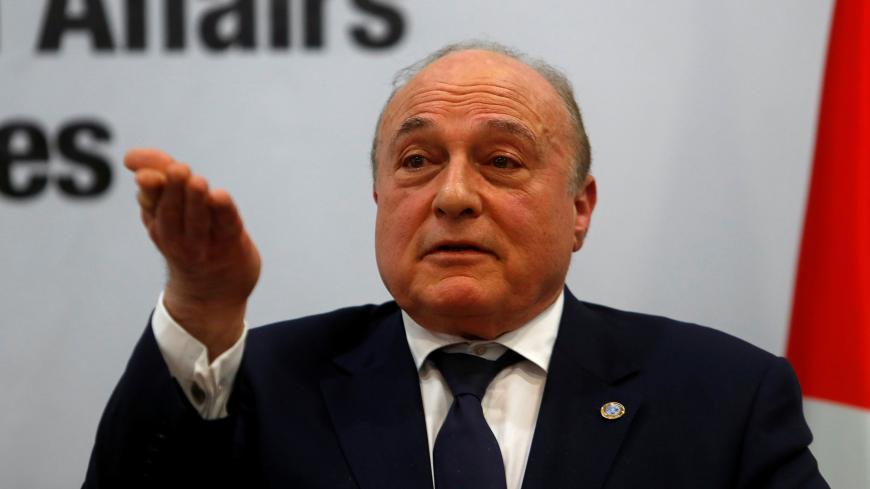 GAZA CITY, Gaza Strip — The Palestinian leadership moved on several fronts this month to implement its threats to redefine and limit relations with Israel. The PLO took steps toward taking Israel to court on a number of commerce- and labor-related issues and amending the Paris Economic Protocol, the agreement governing the economic relationship between the Palestinians and Israelis. The Palestinians have repeatedly accused Israel of violating the provisions of their arrangement.

In March, Palestinian President and PLO Chairman Mahmoud Abbas had made the decision to resort to international arbitration against Israel. A source at the Palestinian Authority (PA) Ministry of Finance who requested anonymity told Al-Monitor that at the weekly ministerial meeting on Sept. 2, the government had asked Finance Minister Shukri Bishara to prepare cases to submit to the International Court of Arbitration in The Hague. The following day, Bishara announced that the leadership would ask the court to rule on 11 commercial and financial issues involving Israel and inquire separately into amending the Paris agreement. The file is expected to be officially presented to the court at the end of September.

The commercial issues over which the Palestinians have complaints include obstruction of trade, whereby Israel bans certain Palestinian goods from Jerusalem and Israel and also decides what goods can enter the Palestinian territories. The Paris agreement provides for Palestinian laborers to work in Israel, but Israel has unilaterally barred workers from Gaza from entering to work there. The Palestinians are also prohibited from introducing a national currency, and must instead use the Israeli shekel, the US dollar or the Jordanian dinar.

PLO and Israeli leaders signed the Paris Protocol in 1994 to manage economic relations between them in regard to the West Bank and Gaza during what was supposed to be a five-year transition period, as established in the Oslo Accords. With no peace agreement having been reached between the two sides, the protocol remains in force, covering labor, trade relations, financial relations and financing for the PA. “The protocol has turned the Israeli occupation into a lucrative project,” Bishara charged. Human Rights Watch has reported for instance on how Israeli companies contribute to the confiscation of Palestinian lands to build settlements, which in turn financially benefit from the industrial zones established within their confines.

Amendment of the Paris Protocol became a major issue for the Palestinians in 2017, when, according to PA Finance Ministry figures, Israel withheld some 1.29 billion shekels ($369 millions) from the import tax revenues that it collects on behalf of the PA, as per the agreement. Israel claims the deducted amount is equivalent to the financial support the Palestinian authorities provide Palestinian prisoners in Israeli jails and their families as well as the families of Palestinians killed in armed attacks against Israel. Yedioth Ahronoth reported on Aug. 29 that Israel collected a total of 3.5 billion shekels (about $984 million) between February and June this year.

Palestinian Foreign Minister Riyad al-Maliki had revealed on Dec. 8 that France, the sponsor of the protocol, had agreed to the Palestinians’ formal request to amend the agreement. Abbas announced on Dec. 28 that Israel had informed the PLO of its preliminary approval for a review of the protocol. In the meantime, Israel has remained silent on the issue.

Azmi Abdel Rahman, head of the Policy Department at the Palestinian Ministry of Economy, told Al-Monitor, “The Palestinian leadership is reviewing [all] agreements signed with Israel in light of the latter’s failure to abide by them, namely the Paris Protocol, which was supposed to end in May 1999.”

According to Al-Shabaka: The Palestinian Policy Network, Palestinian losses due to the Israeli occupation and the Paris Protocol amount to $7 billion a year. To cite a few examples, such losses stem in part from the Palestinians being unable to exploit their own lands located in Area C, which is under Israeli administrative and security control. Moreover, Israel does not allow Palestinians to exploit gas fields off Gaza's shore or the natural resources of the Dead Sea. It also restricts the areas in which Palestinian telecommunications businesses can operate and requires Palestinians to use Israeli-registered companies for certain services.

Abdel Rahman clarified that one of the most serious Israeli transgressions involves the joint economic committee, which is supposed to convene once every six months to follow up on the execution of the Paris agreement and to consider amendments if either party deems it necessary. Israel suspended its work in 2000, after the outbreak of the second Palestinian intifada. The committee has only met once since then, in September 2009, to discuss various issues, including granting visas to Palestinian businessmen to enter Israel and increasing the quantity of Palestinian goods to markets in Jerusalem and other issues.

Nabeel Kassis, a former PA finance minister and head of the Palestine Economic Policy Research Institute-MAS, told Al-Monitor, “Palestinians believe that this protocol has become more expensive to them and more beneficial to Israel given the fact that Israel does not respect the articles of the protocol.”

Kassis remarked that Israel must end its occupation of the Palestinian territories and allow the Palestinians to freely build their economy. “The protocol includes a few beneficial clauses for Palestinians, especially those related to exporting their products to the Arab world and importing energy resources from countries other than Israel,” he stated.

In addition to amending the protocol, Kassis said, the Palestinians need to take steps to move their economy forward, by supporting the industrial, agricultural and tourism sectors and working toward economic self-sufficiency.

The PA government under Prime Minister Mohammed Shtayyeh has been focusing on boosting the economy by supporting and encouraging local manufacturing and agriculture. It is also working to strengthen cooperation between the public and private sectors to build a robust economy and prepare for economic independence from Israel.

Some of the most disadvantageous clauses, according to Shtit, involve the joint customs arrangement tying the Palestinian territories to Israel that have led to depriving the PA of valuable tax revenues.

For instance, Palestinian merchants might manipulate import documents to change the destination of certain goods from Palestine to Israel to facilitate shipments to the Palestinian territories that might be questioned by Israel. The Palestinian and Israeli traders colluding to import the goods in the name of the Israeli means that the customs duty and purchase tax go into Israel's treasury instead of the PA's.

Shtit said that during talks on amending the protocol, the PA must insist on Palestinian authorities being present at the land ports and crossings between Israel and the Palestinian territories. This would help control fraud by Palestinian traders that is costing the Palestinian economy around $505 million a year, according to the Palestinian Economic Council for Development and Reconstruction.

Although the Palestinians are convinced that amending the protocol is their right, they doubt that their attempts will succeed given how Israel controls so many aspects of the lives of Palestinians.