The United States says it will prevent a unilateral incursion into Syria by its NATO ally, but President Recep Tayyip Erdogan’s patience is running out with protracted talks on removing Kurdish fighters from Turkey’s border region. 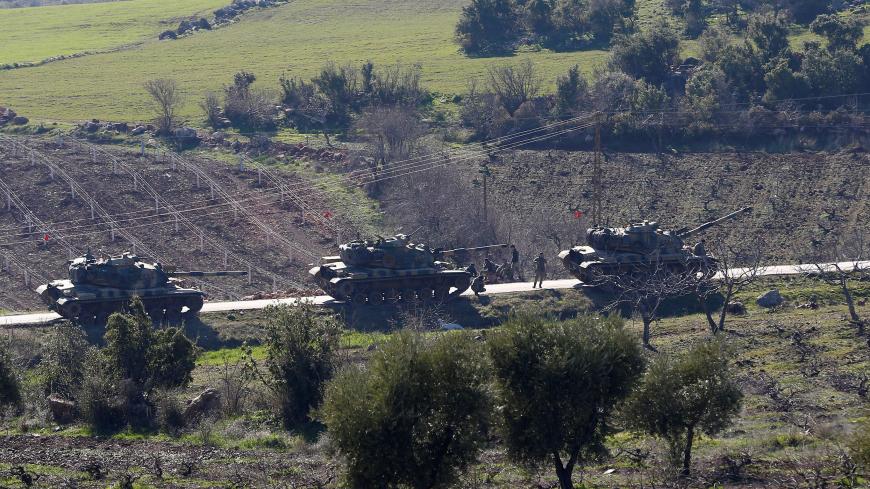 The head of the Pentagon cautioned Turkey on Tuesday against undertaking a unilateral military operation in northern Syria to target a US-allied Kurdish militia as American defense officials visited Ankara in what was seen as an eleventh-hour effort by Washington to block a Turkish attack.

Tensions between the NATO allies over the border region that Turkey considers part of its national security sphere have come to a head as President Recep Tayyip Erdogan warns he is running out of patience with the long-running negotiations. The two sides are discussing the size and scope of a buffer zone south of the Turkish border that would expel the Syrian Democratic Forces, led by Kurdish militants that Ankara considers a terrorist organization.

The United States will prevent a unilateral incursion that would harm the two sides’ “mutual interests” in Syria, US Defense Secretary Mark Esper told reporters as he traveled to Japan. "Clearly we believe any unilateral action by them would be unacceptable," he said. “What we’re trying to do now is work out an arrangement to address their concerns, and I’m hopeful we will get there.”

Erdogan said on Tuesday that “drying out the terrorist swamp” in northern Syria was his country’s top priority and that it would build on two previous cross-border operations, in 2016 and 2018, that broke up a swathe of territory under Kurdish control.

“If we don’t do what is required of us today, then, God forbid, we will have to do it tomorrow and pay a far heavier price,” he said in a speech to Turkish diplomats, adding that Turkey expects the United States to now “take steps reflective of a true ally.”

On Sunday, he said Turkey has notified the United States and Russia it will invade an area east of the Euphrates River. It was not clear if he meant Turkey had agreed with its allies on an operation or simply alerted them and won’t await their consent.

Erdogan has threatened to attack the area for at least a year, but has now backed up his rhetoric with a large-scale military build-up in the border province of Sanliurfa. It coincides with his efforts to deter President Donald Trump from sanctioning Turkey for its $2.5 billion purchase of a Russian missile system.

The Trump administration believes Erdogan is serious this time and an offensive could be launched this month, The Washington Post reported. US forces in the area will not intervene to protect Kurdish fighters, the newspaper said, citing current congressional authorization — effectively removing one of the major deterrents keeping Turkey out.

But Turkey faces other risks if it goes it alone. Entering Syria east of the Euphrates without American coordination could put Turkish troops dangerously close to the 1,000 or so US special forces reported to still be in the area that is administered by Kurds trained and armed by the United States to defeat the Islamic State.

Its soldiers could also lack sufficient air support if Turkey goes in against US wishes. American warplanes now control the skies in the area Erdogan wants to take. But he believes this is a risk worth taking, convinced the United States would not side with the Syrian Democratic Forces (SDF), wrote Murat Yetkin, a journalist in Ankara.

The Turkish armed forces are waiting for a green light from the government to head in, but could wind up west of the Euphrates River, wrote Akdogan Ozkan in a column for the T24 news site. Kurdish-administered areas Turkey may target include the town of Manbij, where the majority of the population is Arab and which the United States may be willing to cede, or the town of Tal Rifaat even further west, with Russia turning a blind eye. Russian air cover was critical to Turkey’s earlier military successes in Syria.

That’s what makes the talks in Ankara this week so critical, even if little progress has been reported. The US delegation, which held a second day of talks on Tuesday, proposed a 15-kilometer (nine-mile) by 120-kilometer (75-mile) zone that Kurdish fighters would turn over to joint control by US and Turkish forces. But Turkey shot down the offer, saying it will only accept a “peace corridor” 30 kilometers (19 miles) wide that is fully under its control, the Turkiye newspaper reported.

Turkey has fumed since the United States partnered with the SDF, dominated by the Kurdish People’s Protection Units (YPG), in 2014 to battle IS. The SDF’s success on the battleground has put it in control of much of the land adjoining Turkey, but Kurdish self-rule there could stoke separatism among Turkey’s far larger population of Kurds, Ankara frets. Turkey has been battling militants from the Kurdistan Workers Party, which has close ties with the YPG, since 1984 at a cost of 40,000 lives.

Should the United States abandon the YPG now, the defeat of IS may be short lived. The SDF is holding about 10,000 IS fighters and has previously hinted it could release those prisoners if Turkey invades.

“There are no talks with the Turks on protecting the Kurds … or stopping an invasion, because we don’t see an invasion,” James Jeffrey, the special envoy for Syria who has led the talks with Turkey on the buffer zone, told reporters last week.

But few believe Erdogan’s threats are just bluster. Political pressures at home may be hastening his path to war, said Yetkin. “Erdogan may be calculating that a security issue could help transform … some of the other serious issues he faces,” he wrote. The economy is suffering a painful downturn, which has dented the popularity of his Justice and Development Party (AKP) and led to losses in local elections earlier this year. Members of his political movement, including a former economy minister, have left the AKP and may soon form rival political parties.

And Turkey’s economic troubles would only be compounded if Washington goes ahead with the sanctions it says Turkey faces for buying the Russian-made S-400 anti-aircraft system.

Erdogan said on Tuesday he does not believe Trump, with whom he enjoys a close relationship, will allow the dispute over the S-400s to further damage ties. But the dispute with Washington now runs far deeper, analysts have said.

“The root cause of the problem is that both America and Turkey see the other as a fundamentally destabilizing actor in the Middle East,” Aaron Stein, director of the Middle East program at the Foreign Policy Research Institute, wrote in the online magazine War on the Rocks.