Foreign Minister Sergey Lavrov has kicked off his tour of the Gulf, reflecting Moscow's ambition to capitalize on its regional recognition as a great power. 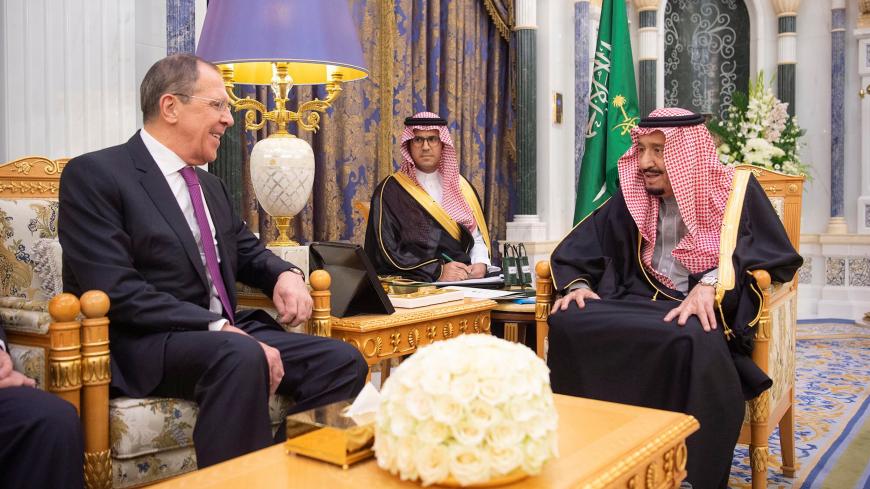 Russian Foreign Minister Russia Sergey Lavrov embarked on a four-day tour of Qatar, Saudi Arabia, Kuwait and the UAE on March 4. But while US Secretary of State Mike Pompeo’s tour of the Middle East in January sought to showcase Washington’s commitment to its regional allies, Lavrov senses that currents are changing and that Moscow needs to more actively put itself on the radar of powerful monarchies.

The Gulf has become a regular, even routine, destination for Russian diplomats. However, the Syrian conflict and Iran have dominated agendas for the past few years, never giving Russian diplomats and their counterparts a chance to explore the depth of relations. A multi-day regional tour to check the status of relations was long overdue.

The states of the Gulf Cooperation Council (GCC) have extended invitations to Russian President Vladimir Putin on several occasions and may have hoped to see him instead of Russia’s top diplomat. However, by sending Lavrov ahead of Putin to the Gulf, Moscow is trying to make a point to the Arab monarchies that there hasn’t been enough feasible progress in relations for Putin to acknowledge it. In this context, Lavrov’s Gulf tour is both a technical and a political affair.

Politically, Moscow has become more visible in the Middle East and gained the recognition of regional powers through its bold campaign in Syria. While political influence is seen as an important pillar of Russia’s long-term presence in the region, there is a clear ambition in Moscow to capitalize on its regional recognition as a great power, and there is no better place to do that than in the Gulf.

Putin’s foreign trips traditionally come on the back of strong trade and investment agreements, which, in the case of the GCC, look impressive only on paper, but keep lagging behind in real life. Bilateral trade turnover with the GCC states for 2017 amounted to $3.5 billion, which is similar to Russia’s annual trade turnover with Bulgaria and is much lower than that with traditional trade partners such as Turkey.

While the depth of trade ties between Russia and Turkey is unlikely to be replicated in the Gulf and all sides are mindful of existing limitations, the GCC states have greatly fed into raising Russia’s expectations of relations with Arab monarchies. Since Russia’s return to the Middle East in 2015, Saudi Arabia and Qatar have engaged Moscow in promising talks on energy, investment and defense cooperation.

Some of these avenues of cooperation came to fruition primarily due to strong political impulses, such as when Qatar purchased a 19% stake in the Rosneft oil company, which made the Qatar Investment Authority the largest investor in Russia’s oil industry. But promises of investment and lucrative deals failed to have a trickle-down effect on wider cooperation. King Salman’s historic trip to Moscow in October 2017 is a case in point: It resulted in 14 bilateral agreements between the two countries, but a year and a half on, little to no progress has been reported on these agreements.

Russia’s main investment outlet for the Gulf countries — the Russian Direct Investment Fund — has been at the forefront of attracting GCC investment to Russia. The fund created multibillion-dollar investment funds with state-backed investment agencies from Saudi Arabia, Qatar, the UAE, Kuwait and Bahrain. The pace of allocating the funds for specific projects in Russia has been underwhelming, to put it mildly. Out of the $10 billion pledged by Saudi Arabia in 2015, only a quarter has been invested, while the UAE has only invested $1.5 billion out of the $7 billion it pledged in 2013.

While economically Russia still finds it hard to break the ice with its GCC partners, it has successfully navigated the political waters of the Gulf. Lavrov’s GCC tour sends an important message: Russia treats these countries as a single family despite their internal disagreements. This was clearly reflected in the brave route picked by the Russian Foreign Ministry: Lavrov was to land in Doha first, followed by Riyadh, Kuwait and Abu Dhabi.

Moscow decided not to tiptoe around the toxic issue of the Qatar blockade and possible objections of Saudi counterparts that the visit to Riyadh would come immediately after Doha. A visit to Kuwait after Doha could have served as a buffer between the two feuding states, but not doing so speaks volumes about how comfortable Moscow feels not following the rules of the game that regional powers might want to impose.

Moscow is not ready to compromise on neutrality in the Middle East. Despite the charm offensive launched by Qatar, Saudi Arabia and the UAE in Moscow after the blockade of Qatar began in June 2017, Russia remained pronouncedly neutral in the Gulf crisis but still harvested a great deal of benefits. Most notably, it launched talks both with Riyadh and Doha on the purchase of S-400 air defense systems, even if it has doubts as to how serious the two are about procuring Russian weapons.

Even if stronger defense cooperation between the GCC states and Moscow is limited by the US monopoly in the regional arms market, Russia allows regional powers to parade a hypothetical partnership with Moscow in front of the United States. Washington has become a silver lining in Russian-GCC relations: While Arab monarchies resort to a Russian boogeyman to scare Washington into showing stronger commitment to its Gulf allies, the optics of expanding presence in the region help Moscow reaffirm its great power status in the eyes of American counterparts.

American influence in the Gulf became a two-edged sword for energy-producing monarchies. Their political and security dependence on the United States grew proportionally to America’s energy independence, which, happening against the oil glut of 2015, naturally pushed Saudi Arabia into Russia’s embrace. As of today, the OPEC+ deal has become one of Putin’s biggest strategic and political victories in the Middle East, helping him create a stronger bond with Riyadh.

The OPEC+ oil production cuts deal is political, because, economically, this agreement may play out against Russia in the medium term. According to some reports, the renewal of the agreement, which faced fierce resistance by Russia’s oil giant Rosneft, risks reducing Russia’s share of the oil market in the long term but increases that of Saudi Arabia.

Another significant reason for the Russian diplomatic team to descend on the GCC is to encourage the return of Arab monarchies to Syria. Quite paradoxically, political and financial support for Syrian rebels and opposition is something that Russia traditionally saw as part of the Syrian problem. By partnering with Turkey and Iran, it sought to push Arab monarchies out of Syria, which it succeeded in doing. But the tables have turned in Syria.

Moscow’s plan to win the European Union’s support for Syria’s stabilization on Russia’s terms has failed, but the opening of the Emirati and Bahraini embassies in Damascus gave Russia a glimmer of hope that Western recognition of President Bashar al-Assad could be dropped in favor of his recognition among fellow Arab states. What was likely a careful calculation by the GCC in the first place revived Russia’s interest in having more of the GCC influence, and crucially money, on Syrian soil, albeit through official Damascus channels. The price to pay for this is clear — disowning Iran. While this will be hard to do, the message that Lavrov is likely to deliver to his Gulf counterparts, that Russia and Iran are not exclusive, may be at least reassuring to the Arab monarchies.