Israel’s Central Election Committee, at the service of the right?

Members of the Central Election Committee knew that their disqualification of certain candidates was a mere formality, which is why they took the liberty of inflicting a blow on democracy and minority rights 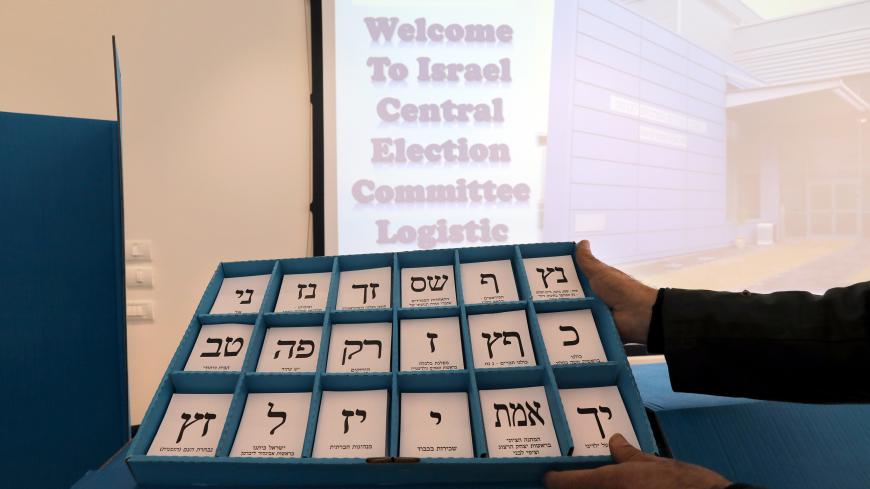 A man shows old ballot papers during a briefing for members of the media ahead of the upcoming Israeli elections at the Israel Central Election Committee Logistics Center, Shoham, Israel, March 6, 2019. - REUTERS/Ammar Awad

“Politics provides practical solutions to problems; it is the art of the possible. But every so often the smell of these solutions is particularly vile.” This was how a senior Likud party Knesset candidate described (on condition of anonymity) to Al-Monitor Prime Minister Benjamin Netanyahu’s involvement in the alliance between the Otzma Yehudit (Jewish Power) party of ultranationalist Rabbi Meir Kahane’s disciples and the parties of the religious right. It is worth noting that Netanyahu actively promoted and supported this alliance in recent weeks in order to preserve the votes of the radical right from being lost in the April elections.

Therein (in this description) lies the explanation of the March 6 vote by Likud representatives on the Central Election Committee against disqualifying candidates of the ultranationalist party over their anti-Arab invective. Attorney Aner Helman, representing Attorney General Avichai Mandelblit, presented the panel, comprised of lawmakers from the outgoing Knesset, with examples of Otzma Yehudit’s statements. These included a particularly egregious one from August 2018 by Otzma Yehudit Chair Michael Ben Ari, No. 5 on the United Right-Wing Parties’ Knesset slate. “We have to change the equation regarding anyone who dares to speak against a Jew. [Such a person] is a dead man. He must not come out alive. No expelling him, no stripping him of his citizenship. He does not live! A firing squad takes him out as the Arabs understand [best],” Ben Ari said.

However, the citations did not sway the Knesset representatives on the panel, among them members of the Yisrael Beitenu party who despise Otzma Yehudit’s racist language. Eli Avidar, No. 4 on the Yisrael Beitenu Knesset slate, said at a March 9 event that he does “not want to breathe the same air that Otzma Yehudit members breathe in the same room.” He cited, among other things, their rejection of military service by Israel’s Bedouin citizens.

Otzma Yehudit member Itamar Ben Gvir, No. 8 on the United Right-Wing Parties list, tells Al-Monitor that although his party’s leadership studied under Kahane, a distinction must be made between its views and those of their late leader. “We have not and will not sponsor racist legislation of separation [between Jews and Arabs] on the beaches, as Rabbi Kahane preached,” he said, adding, “But we will demand full loyalty to the state of all citizens. Anyone who refuses should emigrate.”

Ben Gvir and Knesset member David Bitan of the Likud lambasted Mandelblit's representative at the committee hearing who refused to back the disqualification of Arab parties even though their rhetoric was much harsher than that of Otzma Yehudit. The equation they drew was clearly designed to divert fire from the partnership between Likud and the radical right. The petitions they presented against the Arab parties, which led to the disqualification of the Balad-Ra’am Knesset slate and the only Jewish candidate of the largely Arab Hadash party, Ofer Cassif, were meant to undermine the petitions against the ultranationalist Jewish party. If comments by Ben Ari — whose children fulfill their mandatory military service — are a cause to ban his candidacy, Bitan and Ben Gvir argue, then similar and often harsher comments by Arab lawmakers who do not serve in the military and harsh comments by Cassif must also generate disqualifications.

According to the senior Likud official cited above, the Jewish people — who have suffered more than any other people from racism and anti-Semitism— find racism unacceptable. However, when terms such as security, terrorism and loyalty enter into the equation, even harsh, generalizing statements like those by Ben Ari become easier to digest. Indeed, the Election Committee rejected the petitions to disqualify Ben Ari.

During the debate about the Arab parties and Cassif, Ben Gvir argued that the Balad-Ra'am slate had expressed support for terrorists and reminded his listeners that Palestinian flags were flown at a party conference and the Palestinian anthem was sung there.

Attorney Hassan Jabarin, responding to petitions on behalf of the Arab parties, raised a philosophical argument against Otzma Yehudit’s petition. Any response to the petition with rational arguments, he said, provides Kahane’s followers with legitimate standing. Jabarin likened the situation to one in which “a Jew would start arguing with an anti-Semite.” He added that disqualifying Arab parties running for the Knesset is ultimate racism since it prevents the country’s Arab citizens from representation in the Knesset and participation in the democratic process. In other words, the very act of submitting the petition is the ultimate proof of Otzma Yehudit’s racism, fully justifying its disqualification.

Members of the centrist Yesh Atid party, who represented the newly minted Blue and White party before the committee, voted in favor of disqualifying Cassif and the Arab Balad-Ra’am slate. Cassif — who has a Ph.D. in political philosophy and is a political science lecturer — has a history of making provocative remarks. Even after being chosen as a Knesset candidate by the Hadash Party, he failed to tone down his rhetoric. In a Feb. 7 Haaretz interview, he labeled Netanyahu “an arch-murderer” and claimed Israel was carrying out “creeping genocide” against the Palestinians. He also said attacks on Israeli soldiers were legitimate and rejected their labeling as terror attacks.

Yesh Atid representatives used Cassif’s quotes to justify his disqualification, but their argument was particularly feeble given that such talk is not so rare in Israel’s political discourse. What was probably behind the vote was an attempt to prove to Israelis that Blue and White — the Likud’s greatest threat — is more Catholic than the pope, meaning attentive to right-wing voters it seeks to shift to its side. Blue and White leader Lt. Gen. (res.) Benny Gantz and his people realized early on that defeating Netanyahu would not be feasible based only on the votes of the shrinking left-wing camp. This thinking is reflected in the decision to recruit distinct right-wing figures, such as former military chief Moshe Ya’alon and two former Netanyahu aides, Zvi Hauser and Yoaz Hendel.

Speaking with Al-Monitor, Knesset member Ahmad Tibi of the joint Israeli-Arab Hadash-Ta’al slate lamented developments in the Central Election Committee. Tibi said that “although the conductor of the chorus of incitement is the racist prime minister, the ‘neither left nor right party’ [as he called Blue and White] unfortunately opted to hook up with the radical right in a bid to pick up votes.” Tibi also said he was not surprised that Gantz, who boasted in a clip at the start of his campaign of the number of Palestinians the army under his command had killed in the 2014 war with Gaza, was not a champion of human rights.

Members of the Central Election Committee were aware of being pawns in a political game since the final say on disqualifying candidates rests with the Supreme Court, which will debate the panel’s rulings in the coming weeks. Given that the committee’s decisions were a mere formality, its members could afford to vote in favor of disqualifying political candidates despite the damage of such rulings to Israeli democracy and minority rights. The senior Likud official faithfully described the smell emanating from these votes. 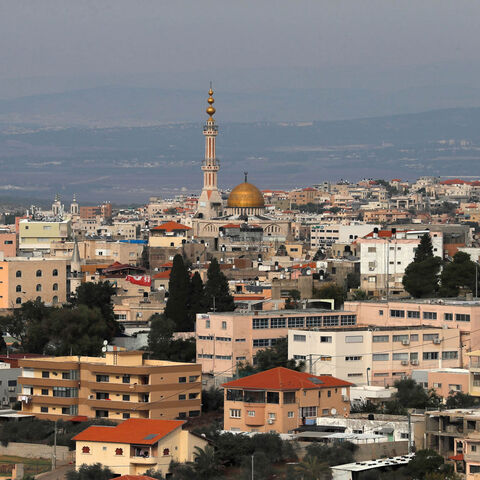