Egyptian President Abdel Fattah al-Sisi's decision to restore Jewish heritage sites may promote tourism and the image of his country. 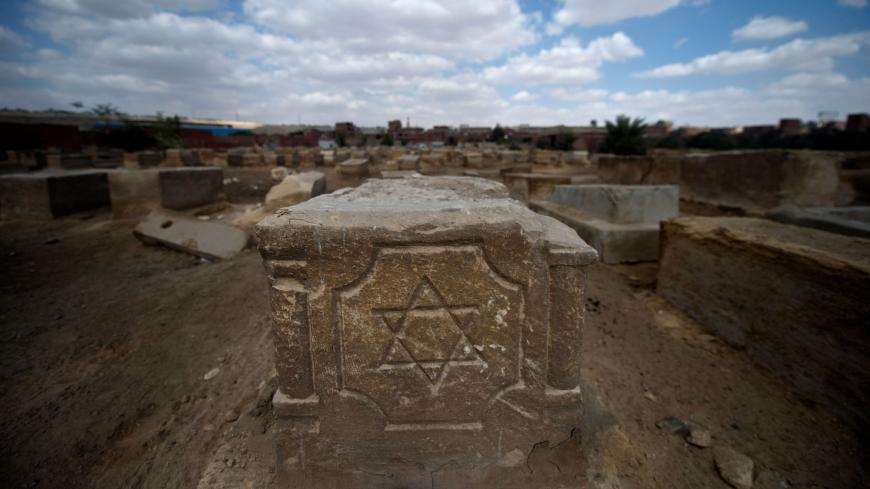 March 26 marks the 40th anniversary of the peace agreement between Israel and Egypt. No special celebrations are expected in Cairo or Jerusalem, but a celebration is planned in the United States. Congress will posthumously grant the highest presidential honor — a congressional gold medal — to former President Anwar Sadat, the first Egyptian leader to recognize Israel and who signed a peace treaty with Prime Minister Menachem Begin on the White House lawn.

A delegation of Israeli and American businessmen and activists visited Egypt Feb. 19 and met with President Abdel Fattah al-Sisi in order to invite him to the gold medal ceremony, which will likely happen this September. In the course of the meeting, the Egyptian president said that should there be a resurgence of the Jewish community in Egypt, his government would be prepared to build synagogues and other community institutions. He also mentioned his plans to restore the Jewish cemeteries in the country, which have suffered ongoing neglect.

“The president was very friendly and showed exceptional openness to the delegation,” Ezra Friedlander, head of the delegation, told Al-Monitor. Friedlander, head of the Friedlander consulting group, is an Orthodox Jew who has worked over the past three years to advance the bill in Congress to grant the congressional gold medal to Sadat. “During the meeting, we raised the topic of the ancient cemetery in the Bassatine quarter [in Cairo], which has been very neglected, and we offered to fund its restoration. But Sisi immediately silenced us and said, ‘It’s our responsibility. We’ll do it.’”

The largest Jewish cemetery in Egypt dates all the way back to the ninth century. During many years of neglect, robbers uprooted the marble tombstones and sold them. The Jewish community in Egypt was surprised to see that a day after Sisi’s declaration in the meeting with the delegation, bulldozers appeared at the site and started cleaning it. The tiny Jewish community in the country published an enthusiastic announcement: “Today, the Egyptian government started to clean and remove the slums in the east part of Bassatine cemetery. Egypt is defending its Jewish heritage. Thousands of souls will sleep in peace tonight. Thanks to all those who contributed to this achievement.”

Jewish organizations worldwide praised the move — among them the American Jewish Committee, which has long called for preservation of the neglected site. According to Rabbi Andrew Baker, one of the leaders of the organization, “Egypt's commitment to preserving Jewish sites and records is vitally important.”

According to Ruth Wasserman Lande, a former diplomat (2003-2006) at the Israeli Embassy in Cairo, Sisi sees an Egyptian interest in rehabilitating heritage sites. “Sisi sees in the restoration of Jewish sites the potential to promote tourism in the country,” she told Al-Monitor, adding, “In addition, he uses it to show the good face of Egypt in the international arena and its positive treatment of minorities.”

Egyptian-born Israeli author, poet and playwright Ada Aharoni — who researches the history of Egyptian Jews — believes the main motivation of Sisi is to encourage tourism. “Egypt has very significant Jewish tourism treasures,” Aharoni told Al-Monitor. “The Jewish community in the country was one of the most magnificent in the world, and it left not only monumental buildings but an exceptional story. We have to recall that in the past the tourism sector had flourished in Egypt, and many connect those periods with times of economic growth in the country.”

One of the participants in the meeting with Sisi was artist Tzili Charney, the widow of businessman Leon Charney, who was called the “unsung hero” behind the Camp David peace accord between Israel and Egypt. Today she works to instill the values of peace among Israeli and Palestinian youths. “I got the impression that Sisi is very interested in rehabilitating the grand heritage of Jews in Egypt,” she told Al-Monitor. “I have no doubt that this is an excellent opening to improve the relationship between the two countries. Sisi wants to improve relations, but he’s just waiting for the right time.”

The interests of the Egyptian president don’t concern Friedlander. “As a Jewish organization, we want to improve Jewish interests in Egypt, and Sisi on his end needs international recognition of his leadership and improved relations with Washington. That’s totally fine. We’re doing something good. Sisi’s leadership is very positive for this sensitive region, and we are proud to support it.”

Friedlander, who wears Orthodox clothing, argues that Egypt is safe for Jews. “I walked around Cairo with my wife, wearing a yarmulke [Jewish skullcap] and tzitzit [ritual fringes], and no one said anything to me. People told us “salam” and “welcome,” and we felt very safe. I think Israelis could also feel great here,” he said. “The decision to restore synagogues and cemeteries shows that the current regime is opening its gate and its heart to Jews.”

Although normalization is still far off, Wasserman Lande sees a significant change for the better. “In contrast to previous governments, like Mubarak’s for instance, the Sisi regime doesn’t inflame hatred toward Israel. Mubarak enjoyed strategic cooperation with Israel but used Israel in order to confront the anger of the Egyptian street. Sisi doesn’t use such methods,” she said.